05 Exotic Hangouts to spice your love life in Shillong

by Sqn Ldr Vidula Abhyankar Retd
in Life and Travel
447 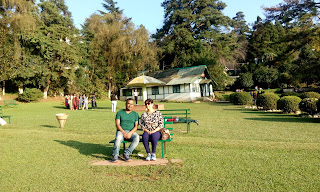 Every year The Prichetts and the Dunphys, couples from my favourite American sitcom Modern Family think of new ways to woo their spouses and end up in funny but memorable situations. The  weird Dunphys try role playing to spice up their dinner dates while the not so romantic Jay always ends up making Gloria his young and sexy wife that he’s the best. But whatever happens, the ever adventurous women will think of ways to make it another memorable year. So I thought of writing this blog for suggesting 05 Exotic Hangouts to spice your love life in Shillong and nearby areas.  Shillong- more popularly known as the Scotland of India is an ideal place for all of you-romantic or not-so romantic but definitely the adventurous type of people who want to make this year memorable for yourself and your loved ones. There’s something you can think of for every type of couple:the newly weds, the love birds, the lazy ones or the funnybones.
For the Lazy Bookworms and Smart Artists: Dylan Cafe

A small cozy cafe named after the Nobel Laureate Bob Dylan, this cafe is situated near Dhankheti area. One can find lot of peace and privacy needed to listen to the sweet talks of your loved ones without any disturbance. In fact, the bright ambiance and the soft love songs sung by Dylan will assist you to say the right words to your loved ones on that special date. And what’s more exciting, the cafe has a small collection of popular board games and books- all kinds of them. 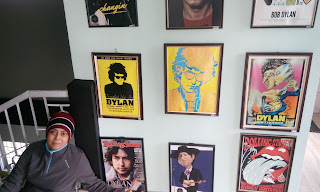 Starting from a complete collection of Bob’s songs to Gulzar’s Andhi (translated in English), you will find everything. Just sit back, order some hot-piping soup and appetizers, grab a favourite book or two and enjoy each other’s company. And as if this was not enough, you can ask for a canvas and do your own style graffiti on their ceiling. Its all there smart wall graffiti on public display just over your head. That’s why its first and best one out of the 05 Exotic Hangouts to spice your lovelife in Shillong.

For the Adventurous Romanticists: Adventure activities

Some girls/ wives always complain about their too adventurous boyfriends and partners: Stop complaining because Shillong is just the place where you can woo your partners while doing some very adventurous yet very safe sports.  Just drive a little ahead on the road to Sohra (Cherrapunji) till you find a view point where adventure sports are done. Oh, this place is amazingly active with activities such as Rappling and  Zip Lining also popular as the Fire Fox events. You can do some short trips across the valley on your own to get a feel of this activity.

Do not be afraid at all, it is very safe as the equipment and the staff are very competitive and current. Second time, go together with your beau and try hugging tight and holding him/her in that so very romantic Titanic pose. If you can gather some more courage try getting her off her feet with an air-borne kiss. Oh! then you see for rest of your life nobody’s going to talk about no adventure in life. Top it up with a nice trek and breaks in between for garama garam Lal cha(red tea). One of the most romantic, adventurous and sexy place out of the 05 Exotic Hangouts to spice your love life in Shillong.

Some of us are waiting for this day to done that short red dress and long heels, get dead drunk over a classy dinner and make passionate love to our otherwise always busy spouse. So this is that day and the right place to go to for the dinner is the Ri Kyn Jai Resort. If you have a weekend to spare, the best thing to do is to enjoy their hospitality as home-guests. You can plan for some soothing, muscle stimulating spas and lovely service at their cottage. And, who said you can’t shop at this resort? The place is meant for making your husband spend on you for once and spoil you to the affluence. No doubt, after this short Weekend your partner would end up respecting your styles a little better than the past. That’s why I listed this resort as one of the 05 Exotic Hangouts to spice your love life in Shillong.

You can enjoy the view of the Umiam Lake in the  lazy early mornings from your room. Listen  to the sparrows chirping in the lawn and let the time just pass while you catch up with with your love line. In the evening, put on that hot, short, red dress and get drunk over the homely  yet classy candle-lit dinner in the restro and enjoy the rest of your Saturday morning….and night……

For the Roadside Romeos: Cafe ML05 and the Garden of Caves 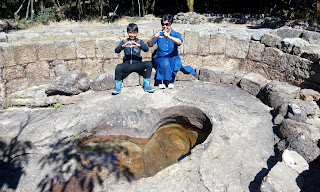 The young and the restless who would love the thrill of  heavy winds hitting hard on your face on your bikes. You are just there. Shillong is the place for the ones who have fallen in love with the man behind the machine. Just grab your leather jackets (of course with your credit cards in it) and your helmets and hit this place called the Garden of Caves. Express your true love for your beloved with nature too transpiring to make people fall in love with its hearty rocks. 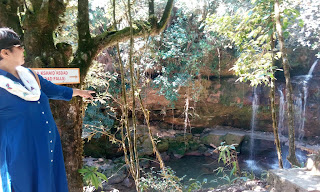 Shillong has many caves in its vicinity but this one does not figure on any of the popular tourist tours of  Shillong. That’s why it is quite a virgin drive on the same way towards Sohra, without much taxis / tourists at the spot. The place is full of caves and private water falls where you can spend the whole day swimming and making love to your beloved. The GOTiies (Game of Thrones fans) and especially Jon Snow lovers, this is your chance to become the sexy wild ling in love with the Bastard. And what adds to your joy, you can wear your beach wear as there’s no ice around and no perverts too.

After an afternoon siesta, you can head back to Shillong and have a quick bite at the Cafe ML05: one of the best out of the 05 Exotic Hangouts to spice your love life in Shillong. This bikers cafe has just the kind of sitting you wanted on this special day. Truly a roadies ending to a special day well spent with your roadie beau.

For those Music and Food lovers: De Ja Vu 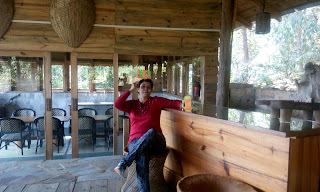 Yes, I will say I have saved the best idea for the last. This one I would recommend for those who agree that music is the food for the lovers. Those who are looking forward to take their existing relationships a step further, book a table at this classy Chinese restaurant in Laitmukhrah in Shillong. It gives you all the privacy and the pleasure of sitting with your loved ones on this wonderful night in the company of music and food. A live band plays classic country songs to rock songs while you savour the taste of delicious yet simple food. Just a suggestion for the non-vegetarians, order their sea-food if your date happens to be a fish-freak, she would love it. Also, for those interested in taking sips while they talk, the mock tails and cocktails are a must. The live music, the food and drinks and the ambience of the place will make it a perfect setting for a perfect Date.

So while, you are in MEGHALAYA, might as well make this day to be on CLOUD NUMBER NINE…….with visit to any one of the 05 Exotic Hangouts to spice your love life in Shillong.