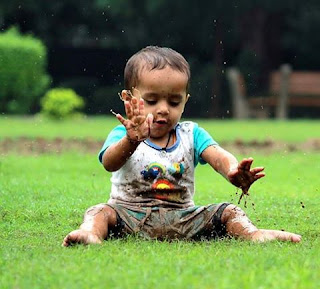 Parenting makes simple things complicated as a pleasant drizzle of raindrops after long hot summers is still not as joyful as it was earlier. Rain means wet clothes, school bags, raincoats and a long list of lost umbrellas, caps and what not. Not to forget the stains on the clothes. And the whole struggle to keep the white uniforms bright and shining white even after repeated washes. Mothers really turn to maids, washing machines, detergents and anything else that promises to keep the uniforms as they are from day one. That’s when we also start hating the monsoon showers, muddy puddles and potholes in the parks and play areas.
I remember one of my colleagues who used to give a Mission Impossible to his kids on the day they used to wear a white uniform to school. He would ask them to return home without any, I repeat without any stains on their clothes. If they did so, he used to treat them with anything they wanted over the weekend. Even I tried to follow in his footsteps, but my daughter just gave up saying it was actually an Impossible Mission for her to sit quietly at one place the whole day minding her clothes!
So, once in a while I did scold her for not keeping her things neat and tidy but most of the times I let it not come in between fun and excitement. I felt she was right to some extent as she wore the clothes to pamper herself, and not the other way round. What happens when children spoil their clothes?  Mothers try to wash them clean or if not successful, they discard them and start using them as home clothes or some other things such as duster or just give them away to others. After some days, we even forget which clothes were spoilt when and how by the children. So why so much of fuss over keeping clothes clean all the time?
Yes, clean clothes attract friends, opposite gender and everyone else such as teachers, parents and so on. On the contrary, clothes full of stains can be a big cause for repulsion, isolation and finally, blow off the self-esteem of a child among his/her peer group. So are clothes so important that they decide whether your child is happy, has friends and/or succeeds in life? No, of course not. It is the sense of personal hygiene and cleanliness that is displayed through clean clothes that is what is more important than anything else. But that does not mean children stop enjoying themselves in order to keep themselves neat and clean. Once in a while, like in the rainy season, on a Holi Celebration, one can’t expect them to be cautious and lose out on all the fun the moment brings in. 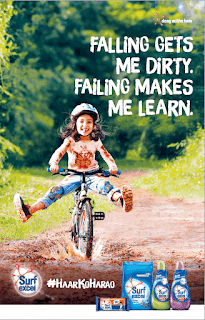 Once I remember on a Sunday morning, when  my daughter was dressed in a light-coloured sequenced Jeans, she decided to go and play with her friends. She picked up her bicycle and went on to her house. On the way her bicycle broke down and while fixing it she spoilt her jeans so bad that it had turned total black. Her friend knew my peculiar obsession with cleanliness and started laughing aloud thinking about what laid in for her next. Her mother told her to go home and promised that in order to subdue my reaction she would call me up and tell me that it was not her fault at all. She did not call me and followed my daughter to see the drama that would follow at my place. When my daughter reached home, she was so scared to come and tell me about it, she just stood in the gateway and started crying. 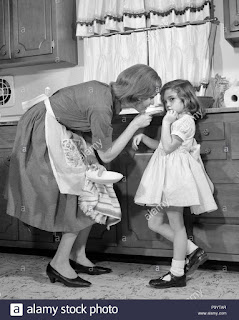 My Reaction as expected was the same. I asked her how she managed to get the stains and she just started crying. In that one moment it dawned on me how I had actually made a simple habit fearsome for her. Instead of spending her Sunday with her friends, here she was crying furiously. And I immediately told her to go to the washroom to change her clothes and go back to play. I did not make any mention of the stains to her ever after. Her friend’s mother surprised at the turn of events quietly went back.
In my opinion, maybe this extra stress by parents on children being prim and proper all the time,  unprepared for that one time when they have a so-called “wardrobe malfunction” in public. They don’t know how to recover from such an embarrassing moment and collapse. So we need to allow them a little time to be carefree, totally free from any worries and enjoy the moment and the action they are doing instead of worrying about what somebody else would say, feel or do to them.