by Sqn Ldr Vidula Abhyankar Retd
in Life and Travel
1237 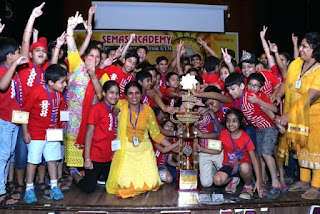 As a young officer of the Indian Air Force, I worked as Honorary Joint Secretary Air Force Wives Welfare Association (AFWWA) at Hyderabad. I was single and ready to mingle. I enjoyed playing with my colleagues’ children. Being an Education Officer too many times AFWWA and the Air Force School used to join hands to organise and sponsor some scholastic activities.  At one such occasion, we started an enterprise known as Abacus and Brain Gym. Parents were quite receptive as there were hardly any interesting activities available for children due to the distance and security related issues associated with the station. 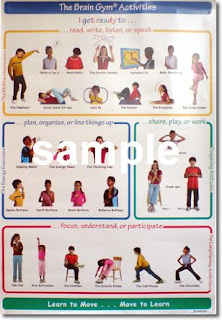 The enterprise kicked off with a lot of support from the parents and the SIP franchise officials. It was one of the most popular activities on campus for some time. But within a few months, the number of students started to drop. And somehow, the mathematics of running it as a welfare activity didn’t prove to be very fruitful.  Ultimately, we had to close the enterprise.

It hardly mattered to me then as I wasn’t a parent. Until one day I met a group of parents whose children were still continuing with the classes at a center 40 kms away from the station. The parents used to take turns to drop the children due to their busy schedules. They blamed the poor administrative arrangements and my lack of interest in popularizing the activity for the added burden on them. Feeling hurt, I took it upon myself to restart the enterprise once again. This time there were two very strong lobbies of opinion amongst the parents about the abacus.
Lobby in favour of Abacus said:
1. Children liked this activity. Parents could see the results of doing it in their child’s performance.
2. It made mathematical calculations easy.
3. It laid stress on basic concepts of arithmetic: BROD MAS ( Bracket open, Division, Multiplication, Addition and Subtraction)
4. It helped children to visualise numbers with the help of abacus ( a Japanese instrument with beads) in the beginning. And then slowly, enabled them to do mental calculations. 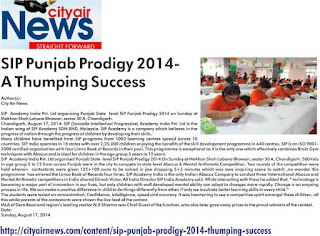 5. It progressed step by step concentrating on one competency at a time,say, addition & subtraction of single digit numbers, then double digit and so on.
6. It helped to bridge the gap between school curriculum and the students’ abilities/needs.
7. It removed the fear related to large Mathematical calculations with practice.
8. It made children competitive amongst their own age-group as they participated in competitions at many levels.
9. It was financially viable and conducted inside a classroom.
10. It did not need any fancy accessories except an abacus and writing material.
11. It is better than sending children for expensive mathematics tuition at a later stage.
12 The sooner the child starts the better.

Lobby against the Activity said:
1. It was not an Indian method of teaching/learning Mathematics. Vedic Mathematics would be a better option.
2. It meant an additional burden on the child as the method was totally different from what was taught in schools.
3. Children of older age group got confused as to which method they would follow in exams. 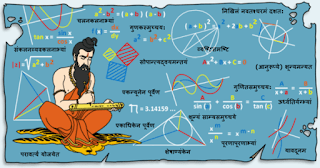 4. In fact, it was of no or little help for higher classes as their levels were only limited to calculations of sums. There was no co-relation of this method with practical problems in mathematics. It couldn’t help to teach my child linear/ quadratic equations.
5. Its focus was only on speed and accuracy of arithmetic calculations. It did not focus on other competencies of Mathematics.
6. Parent could not be of any help to the child till the time they learnt the method.
7. Parents would not be able to know/crosscheck the learning of the child and would have to believe whatever the teacher said.
8. Amongst the various franchisees of abacus too there was no universality. Say, the methods used by SIP are different from those used by SEMAS/ Brainobrain and so on.
9. There was no guarantee that the child could continue this activity in the next station. So there was no reason to burden the child with an additional skill.
10. It was an indoor activity which taxed the child of the mind instead an outdoor activity like Martial Arts would be much preferred.
11. There is no need to make children face competition at such an early stage.

I was fortunate that I had the President AFWWA to decide the fate of this enterprise. For her it was the mathematics of the welfare activity which dictated the existence of the venture. As long as it was a fruitful venture economically, it would continue. I did not think much about its relevance to children after that.

Life was complicated once I became a mother. As a parent, you want your child to do whatever you are not good at. So the first thing I searched for was a Martial Arts and Abacus center. I found both at our very own AFWWA. My tragic pleasure knew no bounds when I saw that the Abacus franchise of SEMAS ACADEMY was running in the same condition as it was under me in Hyderabad. Same small dingy, not-so well lit classroom with old furniture and practically nil ventilation. But the most pleasing fact about the whole affair was the conviction with which the teacher met my daughter. 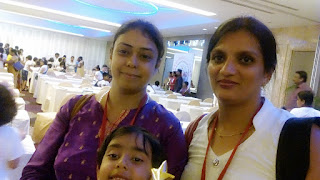 My daughter took a liking to the teacher, Mrs Jasmeet Kaur from the very first day. She looked forward to Sunday mornings as it meant fun with numbers. The teacher taught me the basics too so that I could assist my daughter in her learning. And the fun with numbers continued at home. As my daughter saw she could do something much better than her mother she started to enjoy the activity thoroughly. It was just a pastime activity till Jasmeet; one day asked me whether I would be interested in sending my daughter with her to Chennai for an International Abacus Competition. I was taken aback. She convinced me that my daughter was capable of competing. Once my daughter decided to participate, she went on professionally and passionately to train the students for the big event. 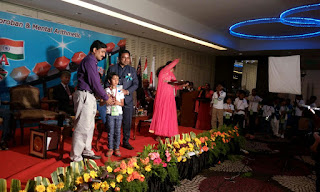 There were 19 countries participating in the competition in addition to students from all over India. All the instructions were given in English by the varied group of examiners who spoke in different regional accents. At the competition, Jasmeet was performing her official duties and didn’t get much time to look after her students. But she had already prepared her students to this extent that all of her students bagged prizes. My daughter too became a Champion in her age group and her level also known as KYU in their terms.

She created an identity for my daughter. There was no looking back after that. My daughter won another trophy at the Nationals held at Faridabad.But this time she was not a Champion. Still I was very happy as my daughter was learning and enjoying the new freedom. But somehow, Jasmeet thought her student deserved more. She went for a rechecking of her students’ papers and luckily many of them got higher prizes, including my daughter. She was again a Champion.

Although many parents will find nothing great in her doing so as she gets all the financial benefits through it. Yes, very true. But she doesn’t make it so obvious. She doesn’t just benefit from the parents’ capital but also knows how to provide them and their wards infinite opportunities to excel, celebrate and grow in life.

It was third time this year that she encouraged my daughter to participate in the Nationals held at S.D.College, sector-32, Chandigarh on 30 July. Although my daughter joined the preparations just a month back she again won a prize. This time I knew it was difficult for her as the level was quite higher than her earlier attempts. Still Jasmeet instilled in her so much of confidence and desire to achieve that she started to practice and believe it was possible. Although she did not win the champions’ trophy this time, she had surpassed her own personal best score in practices.

The competitive mother in me again started to debate over its relevance for my daughter. My cool husband gave me some advice to relax.
As if the schools’ cut throat competition wasn’t enough, we force children to do something more than the school curriculum. I tried to generate my daughter’s interest in a lot of activities starting from drawing, painting to dance, vocal singing and so on. But finally my daughter decided she wanted to continue with these two activities: Abacus and Taekwando. As a parent, I am to be blamed or credited for whatever choices she made to a large extent because it was my inclination and my weaknesses which prompted her to be stronger than me or better than me in these respects. I wanted her to challenge herself to know her strengths and limitations. Sometimes while doing so, I forgot that our children have their own life too. I looked at it as another ground for showcasing my child’s talents and my involvement in parenting. The marketing strategies of educational entrepreneurs further force us to believe that these activities are much required for our children. 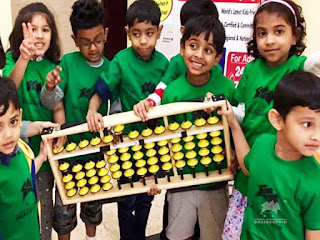 I started to relax when I realised it did not matter to my daughter whether it was ABACUS or VEDIC MATHEMATICS or the latest CUE MATH. At an early age it is your and the teacher’s outlook towards the child and the activity that matters. As far as my daughter was concerned, I felt she found a recognition for her abilities through her coaches and trainers in those two fields. She enjoyed doing these activities and taking a few challenges once in a while. She made a few friends and followers. She also came to know how other children behave in a group. That helped her to like and believe in herself. Many times I have seen her fall, stumble, make mistakes and again stand back and prepare for the next time. I know she is going to grow out of them too at some point of time.And then we will start to look for new ways to challenge ourselves.

Till then lets watch Jasmeet and Shruti bask in glory.