“I don’t want to suggest that matrimony was necessarily a tragic affair – some of our neighbours’ marriages seemed quite functional, if somewhat routine; nevertheless, in the workaday world, it is wedlock that is most likely to offer the occasion for life-threatening disappointment.” John Burnside 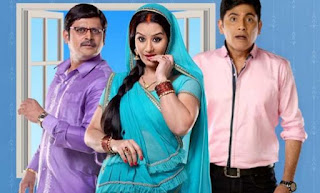 Wed locks they say is the reason for everyone’s happiness and agony. But what is life without a little bit of spice and agony? I used to always wonder about how people,sane married adults sat down together to watch the tele series  “Bhabhiji Ghar Par Hai” with their family and laugh over the messy mishaps in the lives of two couples living close by! The serial is quite popular with all kinds of viewers:housewives, husbands, teenagers to middle aged adults. I have even heard some children mimicking the favorite dialogue of bhabhiji “Sahi pakde hai” in the parks or parties. Then what is it that makes the same otherwise disappointing wed locks so funny and appealing to the not-so-happily married people? 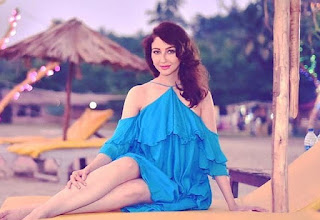 The popularity of this serial over the years in the rural as well as urban Indian population proves that marriage as an institution lacks something very primal in human beings: the desire to cheat when forced to choose one partner for not just one lifetime but seven lives. I have written about the institution of marriage in my previous blogs too. Read more about it  in my blog titled Matrilineal Society : the breeding ground of Hotwifing and Swinging in India. Click on https://www.lifeskills.center/2017/11/redifining-marriages-in-india.html


Today I talk about some other practices we followed before arriving at the practice of social sexual contracts such as marriages between man and woman. And still even after the creation of an institution called marriage, we all love to cheat in relationships. 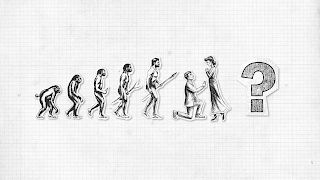 1. Monogamous Pair-bonding: We start with the primate human beings living in  pairs in Caves or plain/hilly terrains. For peaceful co-existence the male human beings thought “monogamous pair-bonding” was the most convenient practice.  Pair-bonding, unlike animals, meant living with one mate of opposite gender and it had its own benefits. The very first being it made male competition a much less violent affair and assured the care and compassion of two human beings for their off springs. And,unlike animals, since the human babies required more physical care from the mothers,the male partners were free to go hunting and catering for other asexual needs. 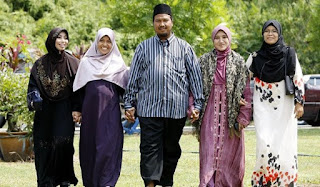 2. Polygyny: But with time humans realised that the groups working together would only be able to gather more resources than a pair. So many pairs of monogamous humans formed small bands and started living together. Now,here the male members realised the benefits of having many partners for himself alone. This way he could produce more  humans just like him an started to follow polygyny in such groups where one man had many woman partners. But in this practice since only a minority of males get a majority of  females, it led to increased male-male conflict. Also, each female gets a smaller slice of male time and produce, it led to female-female conflict. 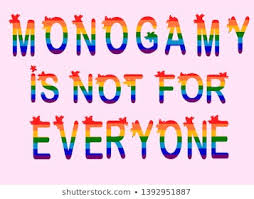 3. Monogamy: After trying Polygamy,Polyamory and many such practices we decided to practice monogamy. In case of humans it was more socially inclined,meaning our community,society or family helped two individuals to come closer and choose life partners fitting to some society norms. Many times it so happened that there were huge differences between the social, educational, age-related and sexual differences between a couple. That’s when we find examples similar to that of Bhabhiji Ghar Par Hai. We learnt to desire other sexual partners while keeping our own bonded, married partners simultaneously. W wanted to flirt with others but at the same time we were jealous if our partner desired the same.

The Trouble with Monogamy

During evolution, we were under pressure to find the best partner to produce the best off spring for us. But more than often,the best partners were not available and we were forced to choose between the other better available options.Now the trouble starts here. Also because, Indian male and female humans react differently in sexual matters. For females, the best thing to do is to get a sexually average but materially self sufficient partner and gradually sneak out with better males for sexual satisfaction and reproduction. But for Indian men, the gal is to sleep with as many females as possible, with or without marriage. 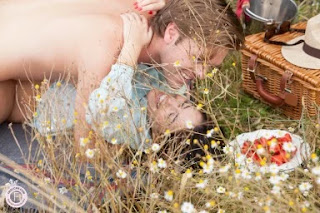 In today’s world, the primary reason for people to have sex is not just reproduction but enjoyment of individual’s  physical sexual sensations. And with freedom of expression at its best, no one can moralize or criticise any kind of stand in such matters clearly. So no one can preach that polyamory is natural or monogamy is the way to be for humans. This is where the problem aggravates for modern humans. We don’t want to be cheaters;neither do we want anyone involved in a polyamorous/monogamous relationship to be unhappy. But our evolutionary history drives us to be cheaters, making us capable of emotions such as hatred,jealousy and so on. That is why we feel penned in by monogamy and at the same  time we feel jealous if others are flirting with our partners.

The Solution as in Bhabhiji Ghar Par Hai 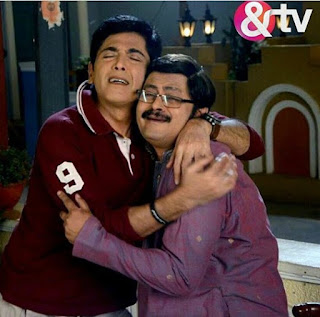 Many Indian male watch the serial Bhabhiji Ghar Par Hai in office or while travelling in buses/ Metro alone or with other male friends and laugh it out. Similarly, the housewives recollect the episodes from Bhabhiji Ghar Par Hai while watching  elderly men living in their friendly neighbourhoods. This way they all get a vicarious pleasure which their unhappy married relationship has stopped giving them anymore. Is this wrong or right? I don’t know and I am  no one to judge others.  The thing that we need to understand is whatever path we choose will have its own trade-offs. If we choose to be monogamous, we are choosing to deal with the pangs of sexual urges left unfulfilled. If we choose to be serially monogamous,we are choosing to deal with the fact that we are always going to manage a train of people who come in and out of our lives. If we choose polyamory,we are going to deal with jealousy. And if we choose to remain single, we are going to deal with lot of freedom and loneliness. 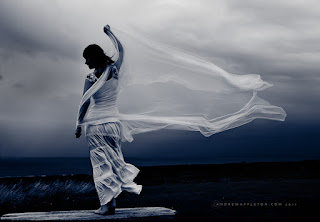 That’s also what the friendly neighbourhood of Bhabhiji Ghar Par Hai tries to tell us: flexibility is always there within the strictest,tightest options.There is no perfect option without emotional turmoil attached to it but this is the choice that our chemistry and biology has left us. You may decide to be monogamous, or have a closed polyamory network or you may decide to keep flirting with someone while being in a monogamous relationship.

Then the next thing that Bhabhiji Ghar Par Hai tells us is accept that not everyone is going to want the same thing. Some people find the monogamous relationship sexually boring and stifling even while being married to a sex icon; others feel that they can only express their sexuality in an exclusive partnership. The degree to which people have an extra-pair mating urge will vary between individuals. And here come the cultural influences again.

I was reminded of these characters of Babhiji Ghar Par Hai and their similarity to real-life people when I moved out of a Fauji campus into a completely civil residential locality. People here come from different walks of life. Here there is no similarity between people’s interests,professions, values or lifestyles. The only thing that binds them or repels towards each other is the basic sexual drive towards each other. And due to the social contracts of living, some try to find ways and means of establishing their relationships within the social norms. 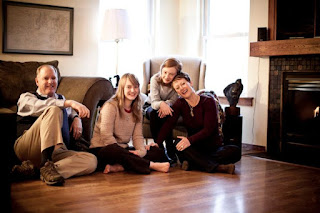 I find it very interesting to see how unlike any Fauji Campus,the very first day ladies of my neighbourhood tried to have verbal spats instead to welcoming notes. This was their way of shunning me out of their social circles. After a few days, they all started walking around the house to explore opportunities to bump into us. While the gentlemen are open enough to shake hands with my husband and talk to him in the street and inviting Bhabhiji for a cup of tea, their counterparts observe us jogging and playing football in the playground discreetly from their balconies.

How I wish I could tell them that it was not just bhabhiji who’s at home!

But more about that later.

For now….let’s enjoy the next episode of our favourite Bhabhiji Ghar Par Hai!