“Dekh main teri choti behen hoon…..”
– dialogue from Bollywood movie “Dangal”
The defeated eyes of a younger sister begging to her brother to be spared in the wrestling ground receive no sympathy in this scene of the Bollywood movie based on the PHOGAT SISTERS. Although he doesn’t pay heed to his sister’s plea in this scene; one of the most entertaining parts of the movie definitely remains to be the affection and awe that the brother has for both of them. 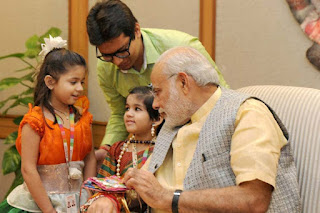 Indian calendar is full of many festivals revolving around the mother and her children. There are specific days when mothers are supposed to keep fasts for the long, healthy and prosperous lives of their children. There are festivals to respect the feeling of togetherness amongst a brother and a sister called Raksha Bandhan. The brother; whether younger or elder to the sister; is supposed to protect her.  Similarly, there are customs respecting the special status of the eldest child. Maybe because the eldest child would inherit the heirloom and take care of the parents in their old age, he/she was always kept on a higher pedestal.

Many atheists, seculars and psychologists may debate the futility of celebrating such rituals saying that such rituals may not have any significance in today’s world. As these feelings are more sociological or psychological in nature, they will be universally prevalent in all societies where the concept of family exists. Festival or no festival, parents all around the world may be doing this already.
If we look around in the parks, schools and on the roads, we find, the eldest sibling   taking care of the younger ones. In some families we would also come across instances where for every mistake of the younger ones, the elder is held responsible. In siblings where there is a larger gap between the first offspring and the others, the eldest one becomes a substitute for the parents. We see that the children too somehow enjoy this so-called superiority. They do like being in control. It kind of gives them more independence as the parents trust them and let them have it their own way. Similarly, the younger ones too feel safe when there is a BIG BROTHER to take care of them. 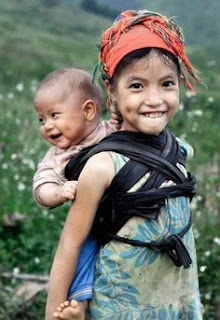 So when I came to know about the importance of the youngest daughter in the Khasi matrilineal society, I was bemused. It is generally believed that the younger members are the spoilt ones as the whole family showers its affection on them. They are the immature, delicate darlings who need to be taken care of. They are hardly considered to be of much assistance when it comes to taking critical family decisions. Usually the elders believe the eldest off-spring to be mature, patient and worthy of handling family affairs.
I keep wondering how this role reversal works in a Khasi family. How does the young daughter behave as the BIG BROTHER? How does she suddenly become the most responsible one in the family? The logic that some of my Khasi friends gave in support of this tradition was that the youngest would live the most. So, she has to be the ideal choice for the parents! Most of the parents’ responsibilities would be taken care of as far as the elder siblings are concerned. So they make their choice simple: The one who is the youngest would live for a longer duration with them and that too at a time when they would need support for living their daily life. Being the youngest, the most energetic and full of life, she would be more receptive to their needs and household duties.
In such cases, I wondered what would be the general behaviour of the elder siblings. Would they still continue to be responsible as is the norm otherwise or would they behave like the younger ones? I am yet to know. 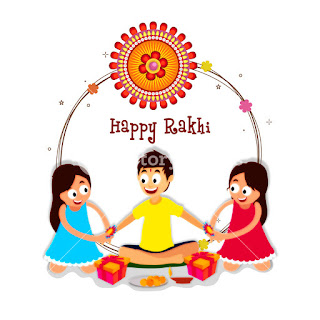 But to some extent, we can say the traditions do influence the bond between the siblings. These special occasions: fasts and festivals may be just another way of emphasizing the social roles that we play. When the sister ties a Rakhi, she shows her faith in her brother’s capabilities. And when the mother treats the eldest child especially on one particular day, she reinstates the special role that her first born plays in her family. With the changing times, urban lifestyle and abundance of single child families, one would argue whether these traditional roles signify anything in our lives. But, there is something called the cultural subconscious of a group which defines some unwritten codes of conduct in every society. So with every group of siblings there would be one favourite one who would play the role of the youngest daughter or THE BIG BROTHER.

Let’s celebrate these BIG BROTHERS amongst our families.