Choosing the ideal school for your child

0
SHARES
69
VIEWS
Share on FacebookShare on Twitter
My heart leaped with great joy when as an Education officer I got an opportunity to interact with teachers from the same Kendriya Vidyalaya where I had started my journey of school education. I felt the Sangathan had succeeded  in achieving the larger aim of nation-building through my education. 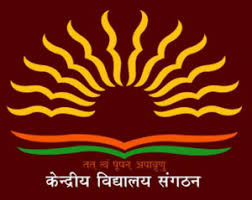 Until recently when my siblings made it clear that the school was not their first choice for their children. My pride turned to doubt when I became commissioned as an Education officer and saw my colleagues echoing the same emotions.Neither did they want their children to study nor did they prefer their trained spouses working in them.  Still, being adamant enough,I admitted my daughter in KV and was rejoiced to find her being ignited and forgot all about it.
My dogged assertion got a jolt when I attended a party at a friend’s place and as usual, after two drinks, the host turned to his favourite pass time: entertaining the ladies and the youngsters with his favourite classic: The Count of Monte Cristo. He went on describing how it was the best book on human emotions and he tells the ladies ” Like any good Hollywood movie, the book has everything, ma’am, revenge, love, romance, brotherhood, wealth, power, corruption, marriages, everything is there.” And then his final advice to the ladies ” You must read it in original not in paraphrase not like those Kendriya Vidyalaya types, you know. There’s no fun in it.”
I don’t know whether the remark was orchestrated or spontanoeus, because, they say after two large: Sirf Daru bolti Hai.(Its the spirit which talks after two large pegs) but definitely echoed the general impression carried by most of the officers about Kendriya Vidyalayas, in defense sectors. 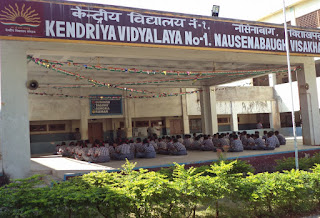 Kendriya Vidyalayas are schools run by the KV Sangathan under the aegis of MHRD, especially for the wards of citizens of India working in transferable central government services such as, defense sector, railways, ordinance factories, postal department and so on. Very few wards of civilians get a chance to admit their children to these schools. As the popular notion goes, the school would be considered the first choice for most of the parents in these services. (Not to forget, it is difficult to find a KV with vacant seats for admissions, throughout India.)

But, there is an increase in the number of officers who admit their wards in private schools, esp. convents/ other public schools in the primary classes. And, interestingly, most of these wards will be shifted to KV in 9th grade and continue till 12th.

Let’s look at the factors governing this trend.

Parents who don’t choose KV in primary classes give following reasons to support their decisions: 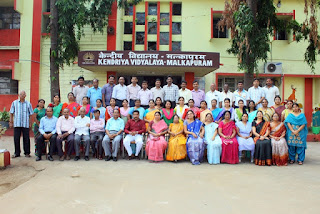 1.  The overall atmosphere of the school is so middle-class!
2. The teachers are old, not so good looking ladies!
3. They don’t speak English!
4. None of the students do!
5.Take a look at the students, they are all from the lower ranks!
6. Imagine my child sitting next to a lascar’s child!
7. They don’t make the foundation of the child strong!
8. They don’t have extra activities like skates, swimming or skating!
9.  The distance is quite far and they don’t have a school-bus.
The list seems to be endless. 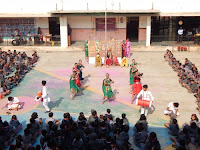 Parents who choose private/ convent schools, say theses schools are ideal because :
1. They form the foundation of the child.
2. They pay attention to the child’s spoken skills.
3. Their classrooms are Air Conditioned.
4. Their teachers are so competitive, well spoken and so good-looking!
5. They take complete care of the child.
I wonder why most of these wards are withdrawn in 9th standard.

And now, for the reasons why the wards are admitted to KV in 9th standard:
Just one: The child needs stability at this point of his/her career.

I wonder when the parents find the school so unworthy in primary, how does it manage to become the ultimate choice in the most decisive years of a child’s career?
Many parents will say that in higher classes the child needs more support from extra coaching classes and very less from the school. So it hardly matters whether it is KV or any other school. Its just that there is more stability in case of the parent being posted to a place where there is no school available at all/ family is not allowed to stay with the officer.
Maybe my dogged determination to educate my daughter in a KV is also the result of me being a KV teacher’s daughter. In spite of her vast experience in convents and other schools,she always found it more challenging in KV. She felt the class was so heterogeneous that it was exciting to bring all of them together on the same platform. Teaching basics was the most difficult task she felt as they were all so not focused. On one hand, she had the much pampered, well-mannered officer’s brats while on the other hand there were the ignorant but intelligent wards of  less educated other ranks. One thing was common, they all wanted to be loved, cared and taught the ways of the world. The frequent postings of parents, change of places; feelings of missing old friends, hesitations in making new ones and being accepted were same in all of them.

As an administrator, I could see the school through a different perspective, where I felt I was at an advantage as the school administration understood the nature of my job and its effects on my involvement with the child. All parents could feel part of the organisation as it was headed by our own commander and our woes or suggestions could be heard at a priority. There was enough capital and  will to bring about infrastructural changes to the building. So, we had smart classrooms, CCTV s, Online payment options,huge playgrounds, a doctor and a nurse and digital groups disseminating information to parents. Similarly, in case of any child getting distracted, any staff member not doing his/her duties properly, we could definitely make a change. There were no commercial interests in the well-being of the children. As a result of which I felt they provided all out support to make my child become independent while enjoying the joys of learning.

All this within reasonable amount of money and resources and still parents looking for other options. Or, is it that we prefer them because of their spoon feeding practices in primary classes?
Is it because we actually don’t want to get involved with the difficult tasks of training the untamed young mind?
Is it because we find it convenient to keep the child engaged in the school for half of the day with lots of activities so that s/he doesn’t disturb us in our internet/ mobile fancies?
Is it because we want to slowly shun the ladder of social classes that we come from: the earning middle class?
Is it that we want to give our children whatever we longed for in our childhood?
Too many questions……. 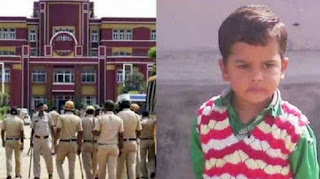 It is really sad to see so many government institutions being labelled as less competitive just because of not so smart and good looking English speaking staff while most of the private schools loot the parents in the name of fancy uniforms, unsafe, uncontrolled school buses, no mid day meals and no practices of sharing any corporate social responsibilities (CSR). They also deny admissions and benefits to the children belonging to EWS category for obvious reasons and violate the rights of children under RTE. They exploit their  teachers with less salaries, more work and practically no career progression chances.

Even the European countries promote their own government schools which are generally the public schools and only a few chosen ones go to top residential schools. There are very few takers for private schools as these schools are not  meant for philanthropic reasons but purely commercial reasons. May be because that’s the way their governments generate faith in their own citizens. That’s why they don’t need police to guard over election booths in world’s oldest democracy: The United Kingdom. 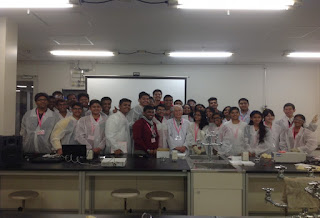 No wonder, the Prime Minister chose to speak in Hindi to the students of Kendriya Vidyalayas at his
first Teachers’ Day address. Students of Kendriya Vidyalaya went to foreign countries on fully sponsored trips as part of youth Exchange programmes. And last but not the least, got good results on an average in the Board examinations and competitive exams.
I am not going to give any more arguments in favour or against the choice. I know it is completely a matter of personal choice of parents. Just as we were free to use,give away or sell the items we got as ration; we are free to choose which school we want our children to study. I remember what a commander’s wife had once told me: If we don’t put my children in the school where my husband is the Chairman, Shame on me!And, if he can’t convince the principal to take good care of them, shame on him!

We don’t always need Bill Gates Foundation and posts on social media about Japan’s solidarity to teach us lessons in philanthropy. Let’s just look around and learn to be proud about what belongs to our government and us, too.

What's going wrong with our maids?