by Sqn Ldr Vidula Abhyankar Retd
in Others
0

0
SHARES
132
VIEWS
Share on FacebookShare on Twitter
Recently, there was a big commotion about the auction of a costume worn by Bollywood actor Akshay Kumar while playing the lead role of Rustom who happens to be a commissioned officer in Indian Navy. The actor’s celebrity wife, Twinkle Khanna,claimed to win some goodwill by raising  funds for a charitable cause. Unfortunately, the deed attracted a lot of criticism from the combatants and their families at the end of which lot of legal actions were taken from both the sides.
Let’s take a look at both sides of this story:
THE ACT OF FOLLY: 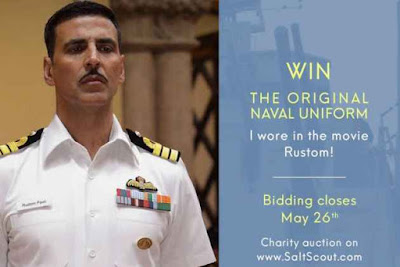 Twinkle Khanna tried to auction the costume which was the uniform of an Indian naval officer and
appealed to people to bid for it for serving a charitable cause. She felt it was an honourable deed as her husband won a National award for playing the role of a loving and committed husband as well as an honest Patriot. For her it would have definitely been a wonderful idea to gain some positive publicity for the family for this has been an already tried and tested way of getting funds for social causes in the West. There are numerous examples of clothes, accessories and household items used by popular celebrities in Hollywood Blockbusters and otherwise being auctioned by production houses and family franchises to raise money for social causes.
THE REACTION: 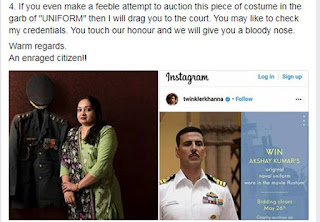 It all started with vehement comments on social media by serving/retired officers and their spouses condemning the act. They felt the uniform was not for sale.  Uniform of Indian armed forces stood for values such as valour, honour and prestige which could be sold or bought for any cost but they had to be imbibed through a life-long experience. Officers and their Wives felt the uniform was irreplaceable part of a patriot’s wardrobe and life. In fact a few ladies who had lost their husbands in the battleground associated their husbands with their uniforms. In short, the combat queens and the warriors were enraged at how somebody could think of such an act just to remain in the limelight?
REAL LIFE OF UNIFORM: 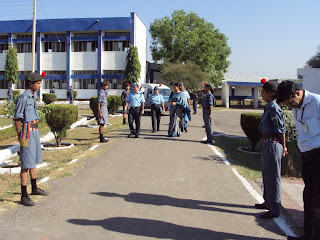 Everyone wears some or the other kind of uniform in their lifetime, starting from school, college to their workplaces. But out of all the industries, we can proudly say that the Armed forces make a distinct mark through their uniforms.  Uniforms represent a long tradition of valour, honour and to some extent glamour for everyone who is associated with it. Although the real life uniforms come without the leather jackets and goggles for a few, the well-starched, ironed uniforms have always attracted attention from the fair sex in the civil street.
What happens to the uniforms of real life officers? Do all our uniforms go to a museum as representations of the honour, valour and honesty we displayed when we wore it? No. The reality is much practical and space-saving. Most of us would not accept but we do not keep all our uniforms at home with us for the life time. Once we hang the uniforms (we retire/leave service), we may keep one odd pair of JODHPURIS/ JACKETS i.e. ceremonial clothes with us but most of the time the combat queens find some needy people to whom we donate these uniforms. Some others who don’t want to part with them, gift it to the juniors or use them for other chores. In a few years of retirement, the photo albums and digital pics are the only forms of memories remaining with us about our uniforms.
Let’s face this reality.
A PINCH OF SALT: 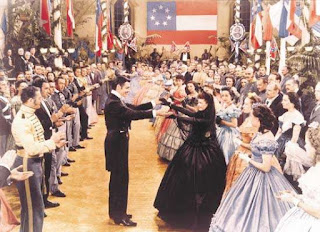 the unforgettable characters of Rhet Butler and Scarlet O Hara and in particular, a scene where the young Scarlet who has just become a widow due to the war, decides to give up her wedding ring to contribute to the cause of raising funds for the soldiers. Her real intention as guessed and obliged by Rhett is to attract the attentions of other eligible suitors. And of course, the recent movie “Rangoon” where a Maharaja donates his priceless family sword for helping Netaji to raise an Army against the British government. Many times articles of personal importance have been auctioned by celebrities. It was not an unprecedented act in any way. But what made it one was the undue importance we gave it on social media. 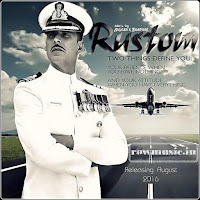 And then I ask myself what is it that makes this costume so important? Was it actually worn by the Indian Navy officer? Has it been borrowed from any of the museums or personal collections of any serving or retired Naval officers? Was Akshay Kumar ever really commissioned in any of the Indian armed forces? The answer to all these questions is negative.Still the star family felt that a costume would be able to raise a huge amount of money for their deeds of charity?
Why is that so?
Perhaps  what makes it special is that :
it was specially designed for a Bollywood celebrity;
the celebrity looked appealing and desirable in the uniform; and
this enhanced the commercial business of a few production houses.
Go, one step further and in this case, maybe because the actor won a National Award, it became more than special costume for the wife.
NOTHING BUT THE TRUTH: 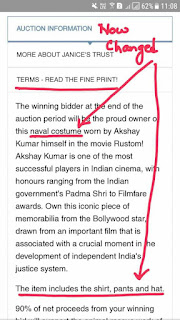 As an air warrior, my mind has been trained to look at the brighter side of life.
What I found worth lamenting upon is the fact that the auction does not benefit any of us from the combatant family. An actor who was portrayed to be one concerned about the combatants, has a wife who is really pennywise. She proved this by finding it a goodwill gesture to auction the costume for welfare of ‘animals’ that is what needs to be talked about. The furore could have been about inappropriateness or the distance between the cause of the auction and the community the costume represents: THE INDIAN NAVY, its personnel and their lifestyle.
Those of us who have been associated with MILITARY INTELLIGENCE would easily appreciate how priceless it is to possess intelligence about an enemy’s uniform. But I am sure, this act could not qualify as one leading to that. Instead, I would like to take this as an opportunity to make the young Indians realise the worth and needs of Indian Armed Forces. If somebody finds an actor’s costume representing a Naval officer’s uniform worthwhile to raise money for charitable causes; it means there is still some demand and respect felt in the society for the real life heroes. The real life heroes, their uniforms and the real time needs of our Armed forces  could have been easily associated and amplified with this affair.
For many years, the Indian Armed forces have taken a backseat in matters of mass communication. Only a few veterans have been able to make a mark in the print media or on social media platforms. This incident is another instance where we have once again failed to connect with the common man in the street. By actually trying to prove that even our “clothes” are “not for public viewing/sale” we  have distanced ourselves from the common man.