CREATING A LEGACY OF SPORTSMANSHIP IN INDIA

by Sqn Ldr Vidula Abhyankar Retd
in Others
793 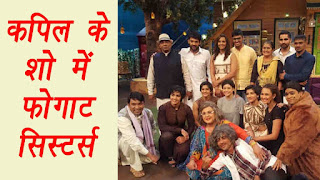 A few weeks ago, when the whole nation and Indian community all over the world was busy viewing the fate of the Rock star God man: Gurmeet Ram Rahim of Dera Saccha Sauda (a religious sect in India), I was looking at some other sporty news flashing on the TV:
1. The eldest of the popular Phogat sisters, Ms Geeta Phogat said she wasn’t getting enough time to practice for the World Championships due to her shooting schedule with the reality show Khatron Ke Khiladi.
2. Baba Ram Rahim had counseled Virat Kohli (the present Indian cricket team captain) about how to improve his performance. He claims to have represented India in 38 different games.
3. Indian Badminton Team Coach Pullella Gopichand said the Chinese players had much more disciplined routine on courts compared to their contemporary lot who could be seen on court with mobiles. Also, he said players missed out at important moments when their matches were scheduled keeping in mind the fans and TV telecast timings in home country.
4.    Pro Kabbaddi league starts a Kabbaddi Juniors segment where matches between school students (within the different cities of host teams) were held weekly once alongside the league matches.
5. Indian sports women didn’t have all that it takes to win for some time as we saw the Indian Women’s cricket team, shuttlers PV Sindhu and Saina Nehwal and Wrestling team (Sakshi Malik and Vineesh Phogat) losing in crucial final moments of battle on grounds.
6. Col Rajyavardhan Singh Rathore said something about treating all sportsmen/women as VIPs.
I was always a bookworm before joining the Indian Air Force as a commissioned officer I had never entered anything close to a gymnasium and had never played any game. Somehow distance and lack of time made it impossible for me to pursue any sport during my schooldays. Although I loved to go on long treks and swim, I was always considered to be a fragile, delicate darling and many were surprised with my decision to join the Armed forces. My journey in the field of physical training started with NCC and continued till the pre-commissioning training at Air Force Academy. Every morning I prepared myself for the tedious tasks of the day and every night I thanked Almighty for letting me survive one more day without any major injuries.

As days passed, physical training became a habit, although I never enjoyed it. I hated getting up early for running and marching on hard parade grounds wearing big bulky boots which weighed more than my bones probably. But the worst was definitely the long cross-country marathons and the sports competitions. I looked like a fool-a total misfit- on the playground as I could play no game and my endurance was next to zilch when it came to long distance running. 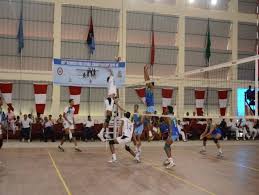 Ironically, as a young officer on instructional duties, I had to supervise different types of training activities of ab-initio trainees and cadets. Sometimes I was also required to undertake some outdoor activities along with them.  Once, I had to accompany a Services Volleyball team in the capacity of manager. After completing all the administrative formalities, I started observing the sportsmen while they practiced and while they performed in various competitions. Although every other team manager told me how strong my team was I saw our team losing most of the matches. We barely managed to end as second runners up from being the defending champions. When we came back, I was told to submit a report about the poor performance of the team. This was when I seriously started looking back and critically analyzing each and everything that had happened.I observed:

1. Although the team had very senior experienced players, they had never got the time to practice as a team even once before they landed at the venue.
2. Presently, most of them were not engaged in active competitive sports due to their other duties. They were visibly struggling to match pace with their young well-trained opponents.
3. Also, they were not getting any extra perks/benefits for playing the sport in Services while their counterparts in civil were able to gain monetarily as well as professionally in this field.
4. Differences in the ranks of all the players made it further impossible to create harmony amongst them.
5. On top of all this, I felt my inexperience in being a suitable manager aggravated their poor performance.

I submitted my report and as usual life progressed without any changes.

Just when I was struggling with my physical fitness routine, I saw a new Sports entry for airmen in Indian Air Force. As the Air Force felt its performance in various sports tournaments was not up to the mark, it was decided to induct young boys who had performed well in different sports at state/national levels. But again just as any new experiment, this arrangement too had its own peculiar features: 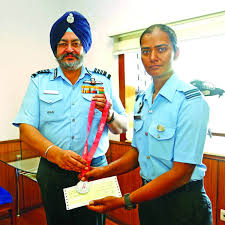 1. Even these trainees were forced to undergo all other training activities and were not allowed to participate in commercial/professional civil sports tournaments as a result of which many of them wanted to quit.
2. Those who still managed to remain were troubled by poor diet, insufficient rest and injuries.

This was when I realised the decline in performances of Services players in many national/international events. If somebody managed to perform well, it was always a story full of struggles on all levels, rather than that of successful teamwork.

But personally speaking, I felt the whole environment in the mornings and evenings was just right to encourage a child to play sports and be physically fit. I started to enjoy running in open playgrounds with my daughter. I started to play with her in the play-ground. A simple activity of catching a cricket ball thrown at me started to thrill us both. That was when I decided to introduce my daughter to competitive martial arts at the age of three.

Although I realised living inside an Armed forces campus, I was blessed to breathe pollution free air and have huge play grounds and specialized sports equipment, there was a need to create the right attitude towards sports even in the Armed Forces. There was definitely a need to look at this field in a more professional manner. Since the armed forces are also a smaller version of the larger Indian society, one found people were more interested in social media and other commercial pursuits such as shopping and eating fast food.
The old customs of meeting people through social drinking and dining were overdone through late-night parties and meaningless boozing which gradually becomes an addiction. As a result, the outdoor physical activities become less inviting with rising age and experience. While we are posted at metro cities, one engages the children in either academic or co-curricular activities but rarely in activities related to professional sports. And when it comes to isolated places like the cities in far north-east or north, survival takes precedence over everything else. Thus the children start to loose interest and continuity too. 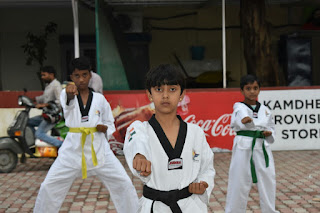 I used to accompany my daughter for her fights (as a Taekwondo player). As a parent interested in being fit and as an educational administrator, I got a lot of time to see how Indians perceived sports. At such events, one generally encountered all kinds of participants, parents, coaches and referees. For most of the participants it was a welcome opportunity to be out of the boring classes at school. They would be busy chatting amongst each other, eating samosas and tea and taking selfies. The parents would be busy checking their phones and the officials would look so confused yet busy doing God knows what.
1. The competitions would start late, although the reporting time would be quite early in the mornings.
2. While some coaches would take good care of their wards, some would just desert them to look after themselves. Thus, some participants would be well- warmed up and practiced while some others would be running from one court to another preparing for their bouts themselves.
3. Due to a large number of participants, the fights would go on in any order decided by the officials without any attention to the age or performance of the participants.

I could draw some conclusions about the attitude of Indians towards sports through these competitions. For Indians, sports/ physical fitness was never a professional

matter but only a matter of personal genius. We didn’t take pride in creating a sportsperson just as a doctor, engineer or a teacher. Also, we did not believe in creating a disciplined environment for the growth of sportsperson. We have still not accepted that it takes a lot of mental, physical as well as emotional effort to become a successful sportsperson. In fact, it takes a lot more to be a consistent performer in the field of sports. With growing age and experience, every sportsman needs an equally capable coach and parent to challenge him/herself, to push one to come out of the comfort zone and to be updated with the current generation.

Most of the times, Indian sportsperson are considered to be those who are not very good performers in scholastic/ academic fields. They are generally chided by their teachers and parents for their casual approach towards life. Very few parents /teachers and coaches are able to instill confidence and bring these students to the mainstream. They lack consistency and discipline and feel happy in achieving short term goals. While it is a proven fact that the general emotional and intellectual quotient of sportsperson is always higher than those of the same age-group engaged in other professions.  In today’s world of mass communication and open economy when most of the important sports events are seen as reasonable sources of income and social status symbols too, this is one of the reasons why we are still not able to perform better in global events.
Another reason I feel that goes against Indian sportsperson is the amount of extra attention they get once they perform in one global event. For example, look at the 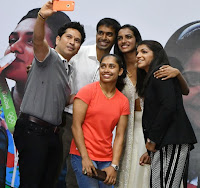 Phogat sisters and you will see how their performance had gone down in this year’s Pro Wrestling League. You may be happy to see how smartly dressed they are in various talk shows and reality shows but talking about their performance, you will have to struggle to find out the names of competitions they took part in last season. The sudden exposure to being a public figure or a celebrity leaves these sports persons bedazzled as not all are from a very well-to-do or educated backgrounds like P.V. Sindhu and not all are as focused as Dipa Karmakar who decently declined the BMW gifted by Sachin Tendulkar.

I feel the solution lies in the way our educational institutes still make clear cut distinctions between activities inside and outside classrooms. Once we understand that it is the same mind and body which assists us to solve a mathematical problem as well as run 100 metres, I think we will be able to assist our children to be physically and mentally strong Indians.

Matrilineal Society: The breeding ground for Hotwifing and Swinging in India