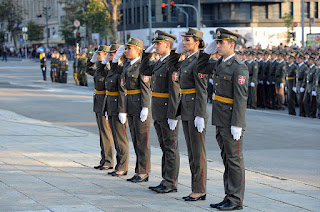 Recently a school management committee in Kerala suggested to start the practice of similar uniform for all students-shirt and shorts in summer and sweaters and pants in winters, irrespective of their gender. They seconded their decision saying even the defense forces had the same uniform for all officers-men and women.

It reminded me of the time prior to my child’s birth when I used to wonder about my child’s gender. Some of my relatives wanted a boy, my husband was very clear it would be a daughter and he had already decided her name; while I was completely clueless.

During my seventh month of pregnancy, a ceremony was conducted, generally known as ‘God-bharai’ in Hindi. I was made to wear green colour sari (representing fertility) and ornaments made with fresh seasonal flowers. A swing was decorated and kept in the center of the room and I was made to sit there while other ladies sang songs and entertained me. Afterwards, a plate with covered bowls was kept in front of me and I was told to open one of them. The bowl I opened had a ‘laddoo’ (an Indian sweet, round in shape) inside. The room suddenly echoed the loud cheering of the audience, while my mother whispered in my ear “It’s going to be a baby boy!” Then I was told if it was a ‘pedha’ (another Indian sweet, made out of milk, white in colour) I would have had a baby girl. After a month or so, I had a baby girl. I was relieved because I thought I didn’t know enough about boys and wouldn’t be able to raise them.

My daughter turned four and started going to a play school.  My daughter’s gender was not very significant until we attended a Christmas Party organized for children. “Oh! Are you Shruti’s parents? Your daughter’s amazing!” I heard more than one lady telling us this. All of them told me how lucky we were to have such a quiet, well-behaved, loving, smart daughter. Most of them had mistaken her to be a boy, as she used to talk like a boy in Hindi. (P.S: Indian languages have gender markers in verbs, so one can make out if it is a girl or a boy speaking). When I said that I found their sons hardly different, they started talking about how they were all similar to unguided missiles! It was difficult for them to keep them busy at home and they would always end up messing the whole place. Their games had to revolve around noisy things like guns, thieves, police, fire alarms and cars. And then I told them, my daughter was also the same. But they won’t believe me.

And my earlier apprehension came back- was it different to raise a son and a daughter? And this time I was clear that every child had its own identity- be it a girl or a boy. No two boys/ girls were similar. At the same time, they were all just babies, who would cry when they were hungry and go to sleep when they were tired. They all picked up the same habits and showed the same milestones of development such as teething, crawling, walking, standing and turning. And there wasn’t actually a difference between them at all, except their gender and the most important- the way we (parents) behaved with them. 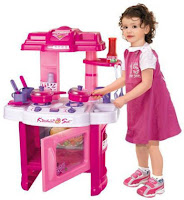 For them, pink and blue were only colours, till we told them that pink was for girls and blue for boys. Boys would be interested in the things they see their fathers like to do and girls would learn from their mothers. And then I realised it was as compartmentalized as this with my daughter because she saw both of us taking turns to do things with her. She saw both of us wearing the same uniform and going to work. At home, both of us were doing the same household work as well as playing games with her or bathing her or putting her to sleep. She played with dolls as well as balls. Also the rules were same for all and so were the privileges. Work was not divided between us depending on gender (like I cook and clean because I am the mother and he reads the newspaper and listens to news because he is the man).
What we were interested in was that she must be able to be friendly with both girls and boys of her own age-group. Also, she should be comfortable with her own identity. We did not want her to ape boys and forget that she was a girl. As parents, I realised it was important to love the children and respect their individuality.  Also, we had to give them their own space. It was important to make them love themselves and let them be what they wanted to be rather than labeling them as wimpy or bully, girlish or tomboyish.

Children learn from what they see their parents do. If the parents give the girl child more than what is due, the sons may end up being over concerned or become jealous/ ironical towards other girls. If the parents allow the sons a few extra privileges and ignore their misbehavior every time, the daughters take the same message and believe men are entitled to such treatment.
In Indian families there is a tendency to liberate the sons and restrict the daughters from an early age. At times, the elders voice their clichéd reactions spontaneously, such as ‘boys don’t cry!’, ‘girls don’t venture out at night’. They actually don’t mean harm, it’s just how they have been groomed to think and act. And children are smart enough to pick up things they like or dislike. It is absolutely normal for a son to serve the guests at parties and the daughter to go for a late night movie with friends; if that’s what the other sibling is also being asked or allowed to do.
In today’s world, both the sons and daughters are exposed to equal risks and opportunities inside and outside home. Both are equally susceptible to get diverted by mobiles, internet or peer pressures. May be teenagers do have gender or sexual exploration related issues. Maybe the different bodies do have different needs. But there is definitely no need to isolate or compartmentalise their issues.  It is more important to talk to them and be involved in whatever they do and treat them with equal care and compassion.  Because both need the same set of life skills like the importance of maintaining personal hygiene, being courteous, obedient, independent and responsible for their own actions. 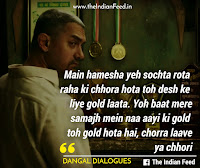 Remember how elated the father (played by Aamir Khan) in recent Bollywood blockbuster ‘Dangal’ is when he sees how his daughters have beaten boys double their age black and blue! He says ‘Gold to gold hai, chahe ladka jeete ya ladki’ (It doesn’t matter who wins the medal- a boy or a girl, a gold IS a gold.) He trains them as he would have trained his sons. He doesn’t teach them to be boys, he only teaches them to fight. The confidence is echoed back by his elder daughter in her maiden Dangal (Indian wrestling competition) when the referee tells her opponent-a boy to go soft on her as she is a girl; she tells her male opponent ‘Ladki samajh kar mat ladna (Don’t under estimate me just because I am a girl). 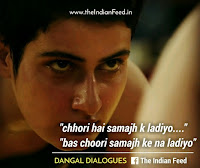 Boy or a girl, son or daughter is insignificant!
What matters is whether it is a healthy n happy child!
May be that’s why most of the European languages have a neutral gender for the word ‘child’!