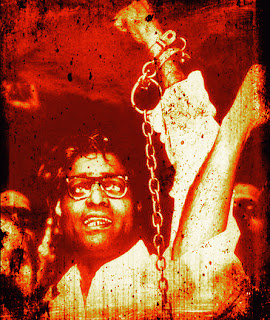 The war with Pakistan had just concluded.
Oil crisis seemed to be never ending.
Drought was expected in most parts of the country anytime soon.
In 1974, the mess prices were increased in Gujarat government hostels by 30%.
The students found it too exorbitant and protested against it in the form of a mass movement.
As a result the government was forced to take back the decision.
Allahabad High Court gave a verdict in State of Uttar Pradesh vs Raj Narain wherein the court found Indira Gandhi guilty on charges of misuse of government machinery for her election campaign and declared her election null and void.
And the court banned her from contesting any election for an additional term of six years.
Jai Prakash Narayan, popularly known as JP,  aroused citizens against the corrupt practices of Indira Gandhi’s government.
Protests erupted on streets of Delhi.  On 24 June he declared he would gherao the dictatorial Prime Minister on 29th June 1975. 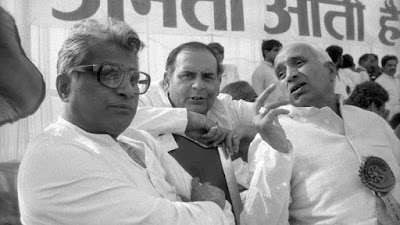 He went on to shout and demand through a very famous poem written by Ramdhari Singh Dinkar, a famous Hindi poet “Sinhasan Khali Karo, Janata Aati Hai…..”(Vacate the throne, for here come the masses)

Popularly known as the darkest draconian period in the political history of India, the Internal Emergency was proclaimed at midnight of 25th June 1975 by the then President of India Fakhruddin Ali Ahmed.

“D.E.M O’Cracy beloved husband of T.Ruth, father of L.I.Bertie, brother of Faith, Hope and Justice expired on 26 June.” an entry in the Mumbai edition of The Times of India in its obituary column 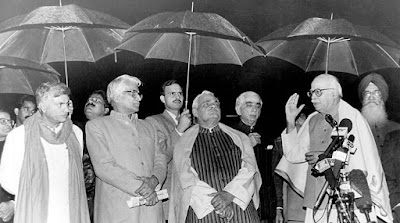 It continued in India for 21 months with extensions over every six-month period until she decided to hold elections in 1977. All civil liberties were curtailed.The first curtailment came in the form of electricity cut for all the newspapers in Mumbai and Delhi. All news was strictly censored. Most of the important leaders of Opposition were put under arrest.

Read more about the Emergency in my blog : http://www.lifeskills.center/2017/08/relevance-of-internal-emergency-1975-in.html
George The giant Killer 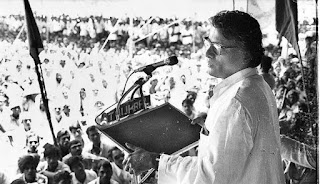 With his unruly shock of hair, dressed in his trademark kurta-pyjama and scuffed chappals, George Fernandes was a fiery activist of the Janata Party. For the auto rickshaw and taxi drivers of Mumbai he was a hero and saviour. Amongst the common man he was known as the one to start Bandhs (Strikes) for the rights of the labourers and workers. In his opinion,if the people did not fear the Indira Gandhi government; they would easily work to turn the tables in their favour. 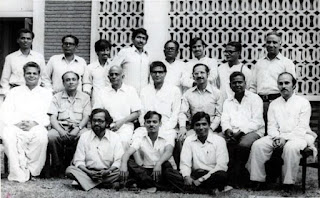 For this he kept giving evidences of his “underground” identity through appeals,letters and word put in by his foreign aides. But he was very clear that the violent activities should not cause any damage to the masses.  Therefore he felt the most effective way was through use of Dynamite for blasting places such as railway tracks, bridges and structures in remote yet significant places. He arranged for training sessions and carried out the so-called Baroda Dynamite Conspiracy.
The Baroda Dynamite Conspiracy Case 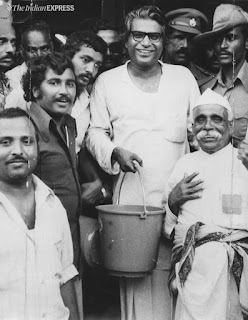 After the  blasts, he donned many disguises as a Sikh, a sadhu or a fisherman to hide from the police and Intelligence agents. The reporters from foreign countries kept meeting him and publishing his ideas through their newspapers. But on his word,did not click a single photograph of his disguised appearances.The Delhi Police tried to catch George and his core team, but could not do so for a long time.  Their wrath was meted out on some easy targets such as George’s brother Lawrence and his friend Snehlata Reddy.
In spite of being political prisoners, they were denied their privileges and put in custody with the routine thugs, smugglers and thieves. They were tortured mentally and abused physically but did not agree to change sides.The police tortured both of them to such an extent that both came out of the prison broken in body and spirit. Both succumbed to their physical injuries and died soon after their releases from Tihar Jail. 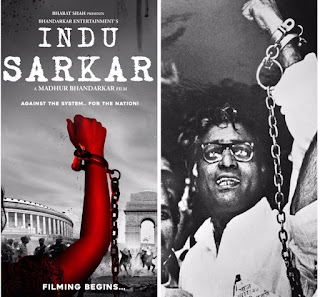 Finally, George Fernandes was arrested on 10 June 196 in Calcutta because of an unknown person’s tip-off.  When he was taken to Tihar Jail, he saw the photograph of Mrs Gandhi on the wall. He taunted looking at the jailer,” You are following the orders of this woman, but I tell you, tomorrow this woman will be in jail.” 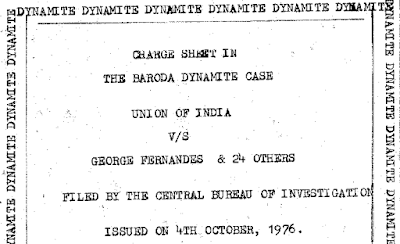 The charge sheet of the popularly known Baroda Dynamite Conspiracy case  was filed on 04 October 1976. It mentioned silly charges such as an unsuccessful plot to blowup the dais in Varanasi prior to the PM’s speech;instead of any serious acts of sabotage. It was 3000 pages long and nearly 400 plus witnesses were produced by the prosecution. In reply, George prepared and read all the arguments in his defense himself. In fact when he entered the court with his friends in chained hands and pleaded guilty of being forced to take anti-government steps, he became the most loved Leader for all. The Romantic Rebel George said “The chains that we bear are symbols of the entire nation which has been chained and fettered………Sir, I am proud, very proud indeed, that when Mrs Gandhi became the dictator, I and my comrades behaved like MEN”. 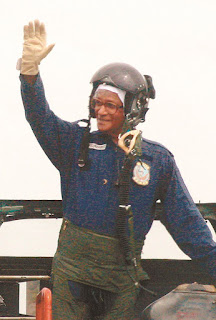 None of the charges could be proved against any of the prisoners. The Baroda Dynamite Conspiracy case was withdrawn on 26 March 1977. In his lifetime,George made many political allies and parted ways with many others too. But, one thing he could never “forget or forgive JP’s kidneys,the torture to my brother,the death of Snehlata”.
For most of the young and uninterested Indians,it might be just another Breaking news about an ill,old,inactive politician dying of Swine flu and nothing else. But for all those who cherish the democracy they live in today,this man had much more to his claim.
May the Firebrand rest in peace !