by Sqn Ldr Vidula Abhyankar Retd
in Life and Travel
315 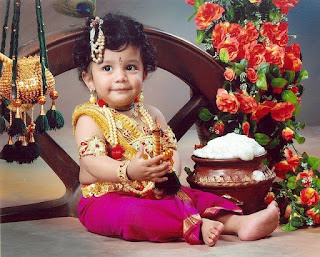 
Many more such songs from Bollywood are based on the famous folklores revolving around the Hindu God Krishna. The blue-bodied boy with a flute and a peacock feather as his trademark,the creator of Bhagvad Geeta, the saviour of Mathura and creator of Dwarka,one of the Dashavatars of Vishnu,another Hindu deity, Krishna is one of the most explored,worshiped and loved God from Hindu Mythology.His valour, diplomacy as well as well as his negotiation skills have been the topics for much discussion amongst his followers. They dance to the tunes of  Go..Go…Go…. Govinda 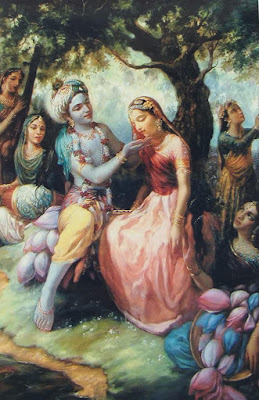 And not to forget the main reason for his popularity many feel is his love life: his interest in women folk all around the Indian subcontinent. He was loved by one and all even prior to he actually got married to his wives. One visit to the cities of Mathura and Vrindavan make you aware of not only Indian sect following him but global groups following him and his teachings. For the Brijbasis (residents of Brijbhumi, Mathura-Vrindavan) Krishna is not just a God to be worshiped in isolation, but also a style of living which has to be followed still. Their days start and end with chants like
Hare Rama, Hare Krishna and
Go..Go…Go…. Govinda. 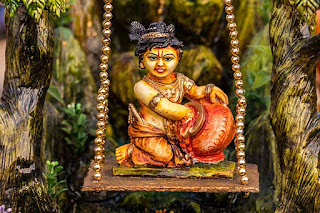 Readers must be wondering why I am talking so much about this one Hindu God today! It’s not only because the Janmashtami (Krishna’s Birthday celebrations) was close by. And the words Go..Go…Go…. Govinda were echoed all over the country. Krishna is one of those Gods whose childhood is more interesting and full of stories of valour than his adulthood. In case of any popular Greek Mythical characters, the childhood of the protagonist has been full of depravities. Yet S/he overcome these hardships to perform that one big heroic deed which makes them look like a Hero and then s/he lives happily ever after or dies a heroic death. 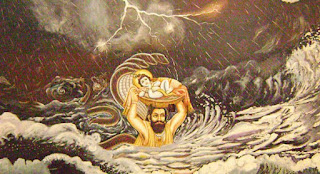 In case of Krishna we find his hardships begin even before his birth as his maternal Uncle Kans imprisons his parents because one of her children would kill him eventually. His father still manages to save the child and smuggle him out of the prison and bring him to his friend Nand at Mathura. Here he spends most of his childhood as a goatherd with his foster parents, siblings and friends. 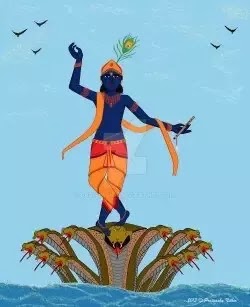 It is here that most of his acts of innocence, adventure and valour take place. It is here that he tries to save his friends from the clutches of various kinds of deadly animals, demons, demigods and other natural threats. There are stories wherein he manages to kill a sorceress who tries to breast feed poison to him, kills the huge serpent who tries to pollute the main water source of the village while people keep on chanting his praises as they say Go..Go…Go…. Govinda.
In short, he starts with heroic deeds from the time he is an infant! Is that actually possible? There are many parallels of such acts in Greek and Roman Mythology, for instance characters like Achilles, Hercules! So what makes Krishna so special? It is that even after such acts of valour, it is the normal deeds of a goatherd that keep him grounded and associated with common folk like us. All his stories in the background highlight the fact that he enjoys his childhood activities such as playing with the cattle, his pranks with the Gopis (female milkmaids) and his eternal love for dairy products such as Buttermilk, cheese and so on. 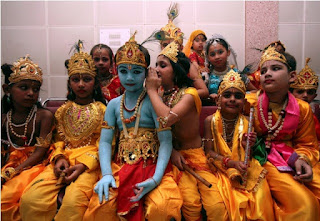 Every time his adventures start with some routine activity that he is performing as a kid: maybe loitering in the house as a toddler, playing under the trees in the courtyard, swimming in the lake with friends or maybe going to the hills to feed the cattle and singing loudly Go..Go…Go…. Govinda. That is when he encounters his adversaries shows some presence of mind and common sense which becomes famous as an act of heroism! And the best part is all this happens while his parents are in the prison in his own uncle’s kingdom! There is no feeling of angst, jealousy or anger in any of his foster parents even when they tell him that he is not their biological son and has to go and free his biological parents from the Prison. 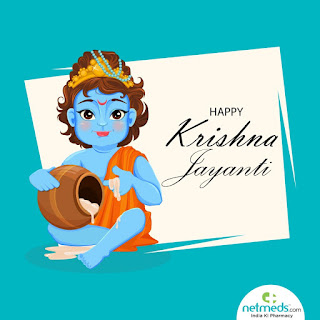 With this kind of a broken family he goes on to rescue his parents, win kingdoms and hearts of his followers and preach the philosophy of life through Geeta. I believe that is what the magic of childhood is. If we give the same kind of love, affection and trust to our children today there will be less of broken houses and hearts in today’s world too. So this Janmashtami, go on and show your love for your child while you celebrate the birth of Go..Go…Go…. Govinda!