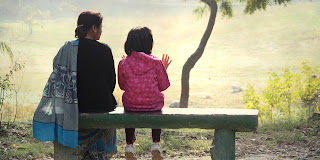 Tiny tots look adorable dancing to the tunes of these Bollywood songs in the Annual Day Functions and Grand Parents Days celebrated in Indian Nursery Schools. The audience is made up of proud parents and grandparents watching their grand kids with watery eyes. The whole environment is mesmerizing where the teachers, parents and especially the grandparents encourage the budding stars with camera flashes, warm hugs and loud claps. An unforgettable cheerful memory for all present.
Nobody would ever imagine that there would be another bitter side to this scene. Recently, a PIL in Pune and court’s verdict confirming that Grandparents are not equal to Nannies sparked a debate in the parenting world. Many working couples voiced the need for presence of family members as support for rearing children. It was felt that they were always a better option than hiring nannies or keeping children in a day-care center or crèche. The court very clearly mentioned that the corollary could not be seen as a reason for shying away from parental responsibility towards one’s own children. So no working/non-working parents can hence forth quote absence of grandparents to be a reason for putting children in crèches.
As I have always said in my earlier blogs, once you are a parent, everything seems to be complicated in life. If not that, it is surely debatable. So let’s start today’s debate: Is it right to put the responsibility of parenting your children on your parents? 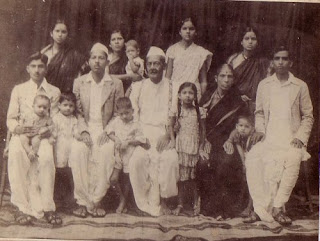 In olden days, Indian households used to boast of joint families where there were members of
different age groups and genders. So if you had a grumpy grandfather, there was always a jolly uncle to balance him. If there was a strict father, an empathetic mother would check the lack of compassion in the family. With growing lack of spaces and unemployment, the scene changed to nuclear families. But the bond between the parents and their children was still the same and could be felt on important occasions such as marriages, births, deaths and or annual festivals. Working couples, newly-weds would always turn to their parents for all kinds of help. In most of the cases, unlike Western countries, the grandparents too rushed to help their children without any other thoughts.
Gradually, in such cases, the grandparents too felt the sole purpose of their life to be parenting their children’s children. For some years, all other jobs, hobbies, even their own health take a back seat. The working couples find it fruitful as this becomes an economically and emotionally convenient situation. But as soon as children start growing up-going to school and finding other friends and guides (mainly teachers and coaches in schools) the distance between the aging grandparents and the budding stars grows. They want attention from their not so old and yet happening parents. The grandparents with their old database and aging bones do not appear to be as much fun as they did when they told the tiny tots bed-time stories as they no less about BEN 10 and KRISH. Also, they can’t even take a selfie properly or make videos on You Tube!
That’s when the adorable little ones start to look like messy spoiled brats, unlike their own children to the grandparents. Although love for your own kith and kin is supreme, there happen to be innumerable occasions when family disputes end in a bitter way.
So is there any other way of doing it right? 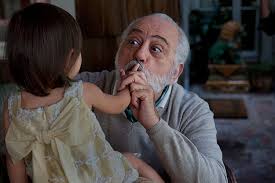 In my opinion, it’s a must for everyone to understand that your children are your and only your responsibility. In case if you are fortunate enough, you may get some support from your parents or in-laws. This may sound a little rude or indifferent. But, if you look at it another way, only human beings are given the opportunity to procreate another generation of your own type. Unlike other mammals, the thinking human brain has the capacity to create and develop another human mind. We should take pleasure and pride both in rearing up our own kids. Our parents were given an opportunity to parent us and they did a wonderful job that’s why we are whatever we are today. Now it is their time to relax and enjoy with their grand kids, family and friends. Whatever they could not pursue in their youth, we can help them to do it now.
The parenting situation can improve only when we all start believing that our parents too have a life with engagements of their own, be it going to the doctor, temple or the library.
And it definitely doesn’t mean becoming grand nannies.