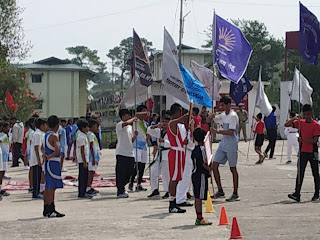 Recently my daughter participated in the 50th National Kendriya Vidyalaya Sangathan’s Sports Meet held at Mathura. She was representing the Silchar Region in a Martial Art called Taekwondo. All the selected participants were given individual sporting gear. The school administration detailed teachers as escorts to accompany students from different schools to the venue and back. But the only thing amiss was: the coaches. So some of the parents decided to play the role of coaches as we had seen our children practicing and knew a little bit about the game. 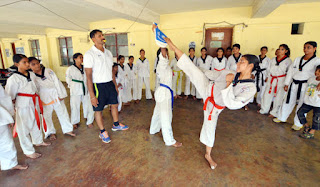 So when the competition started we were as excited as our children. We started watching the students from other regions, their fighting strategies and such other things. Finally when the time came to sit as the coach, we realised we were completely lost! Because till date what we had done was just cheer up our children. During the fights, when the child was looking at us with great expectations, we were completely clueless!We could not tell the child anything about the technique of the game and how to make up for the lost points!

And that’s what set me thinking about the Triangle of School Sports: Parents, Students and Coaches. And whether the parents can play the roles of coaches effectively? I started asking some of my friends who were also parents of sportsmen and women. Most of them agreed to the fact that the parents were the Coaches in life for their children and the sports field was just a small part of this life, so it was natural to opt for being a coach to your own kid!Remember the Phogat sisters who have been coached in the beginning by their own father!And in real life there was no conflict between their coach at National level and their father. 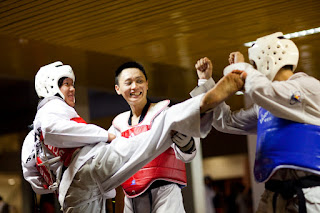 Do coaches prefer Parents?
So then I started asking the coaches whether they preferred parents as their assistants in their absence. And their responses were eye-openers. Plenty of coaches spoke about how parents were causing a lot of the problems in the game. Parents were living vicariously through their kids, pushing them too hard, too soon. They were forcing kids to play too many games, which amounted to too much pressure and not enough fun for kids.  And such self-centered parents acting as coaches are also blamed for looking after only their children. As a result we find, there is too much of a “me” culture in youth sports, too much involvement by parents, as a result of which too many coaches concerned only with winning and too little focus on just playing the game. 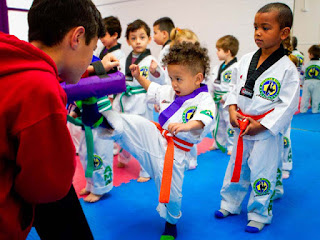 Some of the coaches reminded me of the best athletes of prior generations who didn’t specialize until they reached the state level or National level at times. They didn’t play the same sport year round for half of their lives because their parents wanted them to concentrate on studies and their academic careers. Coaches agree to the fact that the best time to coach any kid is when they are young! Teaching them to love the sport and have respect for the sport is easier. But then you have to be ready for the interference of parents of such young kids.

As parents or as coaches it is our responsibility to teach kids to be humble, to be hungry for improvements and to be great teammates. But many times parents acting as coaches as well as many coaches ignore this responsibility because a specific player’s talent might lead to a win. And sometimes that kid is not your/your favourite kid. It is here that our role as parents must take over that of the coach.
Who is a coach? 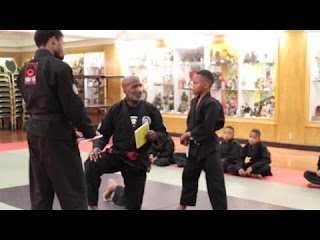 A coach has the unique opportunity to be someone who knows and believes in you and it is this quality that can make a lifetime of difference. So as a coach of your own child you can always become over critical or prejudiced about your own child’s talents or attitude. It is this fact of human nature that makes the parent a bad coach for a child.

Who would like to come back home with the coach whose team/player has lost the match tonight? I understood how difficult it was for my child who was also going through something similar: Her mother was there with her 24 hours trying to understand what had gone wrong when her coach would have scolded her and moved on to coach the next child! And then she would too start to practice herself for the next match.

Some things to remember before becoming COACH of your own Children 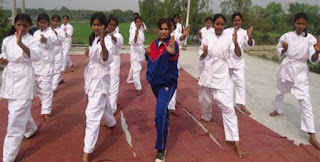 So before we decide to take up the coaching job for our own children we need to think about our relationship with our children, their friends/teammates and other parents of the team. If in any way the relationships will get altered by our coaching roles, we should not switch the roles. In this way we would at least remain a faithful parent trying to inculcate the right attitude in our kid. We may not know the techniques of the game but we will teach them the right attitude to live up to the great expectations coaches have from their teams.

That’s what coaching is all about, isn’t it?