Ice-Breaking Activities For an ESL Class

by Sqn Ldr Vidula Abhyankar Retd
in Others
144

0
SHARES
53
VIEWS
Share on FacebookShare on Twitter
Ice-Breaking Activities
A language becomes a barrier when it is not mutually spoken, understood and used in a classroom of Second Language Learners. Adult learners may still attempt to learn and pick up minimal expressions but when it comes to the young ones it becomes important to make the whole learning experience enjoyable so that they pick up the languages other than their mother tongue as easily as they acquired their mother tongue. In an Indian classroom, the classroom environment is more complicated as not all learners may have the same mother tongue in a classroom.

While teaching soft skills to students of Government schools of Chandigarh I realised using some fun -based activities in the beginning of each class would help me in breaking the ice without sounding too focused on the academic syllabus.  These students lack exposure to English at home or in their neighbourhoods. Most of the parents belong to migratory/ low income groups in the city. Their only concern in sending their wards to school is the attraction of Mid-day Meal and free uniforms/reading/writing material. In such cases, I found making learning English would be fruitful only when it was a pleasurable activity for them. Therefore, it was a challenge to strike the right chord in the beginning of an academic session.

Some of the activities may sound to be very elementary as  my sole aim was to encourage and help them to like the language and then be able to think and respond in English. I concentrated on very fundamental methods to establish and then polish all the linguistic competencies :Listening,Speaking, Reading or Writing, one by one. Depending on their responses, I kept changing the degree of difficulty of the activity. Also, I reserved only first few minutes of the period for the activity as most of the students were settling down after the transition of the teachers. With passage of time, they all understood the trick and I did not have to repeat the instructions too many times.

I am enlisting the most popular ones here. I have tried to classify them in order of the learners’ age-groups. Although I have used all of them in variations in all the classes. See if they help you in your classes.

1. Young Learners: Primary classes:  In primary classes, the learners are full of energy but their span of attention is very short . They do not want to sit at reserved paces and they look forward to a lot of physical signs of appreciation. So begin with the ideal introduction game. During other activities too, try not to single them out. 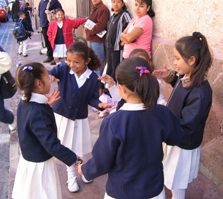 Method: In the simplest variation of this game, begin with telling your name and asking them to repeat while they stand in circles facing each other and clap and talk. The teacher begins by saying: I am________, Who are you? and the students continue.
You can try other variants of the same, such as the guessing game when you show a picture and ask them to name it.
Once you know, they are comfortable and able to understand your instructions, increase the difficulty level by giving them 3 clues about the object or person and asking them to guess it.

ACTIVITY: SPELLATHONS
Method: Start with their names and slowly move on to simple three- letter words of the same sound/ letter pattern.  Choose words which they will come across in their textbooks, eventually.
A variant of the spellathon could be asking them to tell rhyming words. Children of this age- group  learn through repetition and rhythm. It helps them to remember as well as acquire new words. 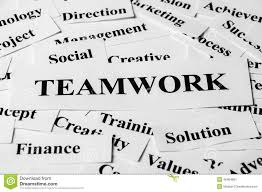 Method: All the students love this game. It’s a wonderful way to make them look at the letters more closely and build their word- building capacities without telling them any rules about it. Some of the best words I used were: HIPPOPOTAMUS, RHINOCEROS, DINOSAUR, THIRUVANANTHPURAM, BOUGAINVILLEA, RATATOUILLE, VISAKHAPATNAM, TEACHER
Use variations to increase the level of difficulty by asking the learners to make specific types of words, say, 3-lettered words, 4-lettered words, words with clusters such as sh, gr, th, pl,and/or naming words, action words and so on.

2. Young Learners: Middle classes: The learners of these classes are very vocal and restless. Although this is the right age-group to instill an accurate Second language model as they adore and imitate the teachers a lot. 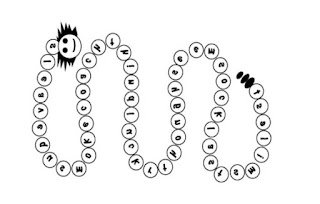 ACTIVITY: WORD CHAINS
Method: Write a long chain of words written in capital on the board. Tell them there are some hidden meaningful words related to say, any one field, like, pet animals, utensils used at home, tools used by a doctor and so on. Ask them to find those. Call only one learner to tell the words s/he has found out.
The learners like it when you write the words in long haphazard manner. 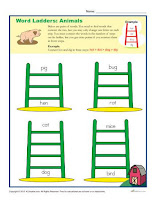 ACTIVITY: WORD LADDER
Method: Draw a ladder on the board. Write one word on the top of the ladder and one at the bottom. Ask them to change one letter on each step of the ladder in the given word and arrive at the last word. Show them once with another word and assist them to crack this one. You can increase or decrease the steps according to the response you get from them.

ACTIVITY: WE ARE TWO
Method: This activity centers around the HOMOPHONES ,i.e, words with same pronunciation but different set of spellings.Say a word loudly and ask them to tell you its spelling. Write their answers on the board. If you get different spellings, continue with other words. If you don’t , prompt them to think about other words which are said in a similar manner. Some examples are: son-sun, won-one, dear-deer,hear-here and so on.

3. Adolescent Learners: Secondary Classes (IX-XII):   This is a very tricky and challenging age-group of learners. It is very difficult to make them pay attention towards  ESL lessons as they are often too monotonous and abstract for them. They are very conscious of the reactions of their classmates about their physical appearances as well as their mistakes while talking/ answering in the class. This age-group is again very shy and hesitant when it comes to an ESL class. They do not want to make mistakes and be ridiculed by their peers esp from the opposite gender. As a result they need to be coaxed a lot about being vocal and making mistakes in the classroom. Also, that esprit-d corps is very high in these groups.They will hate you or like you, but whatever it is, it will be as the majority says. It will not be easy to make them follow your instructions because they want freedom and will question validity of all your instructions. Be assertive and give clear instructions. Do not waste time in giving moral lectures or debating/ discussing individual opinions in the very beginning of the class. Instead appeal to them through new challenges or interesting activities. Till the time they don’t agree to open up, try following activities, they surely help to encourage learners to overcome their hesitation. 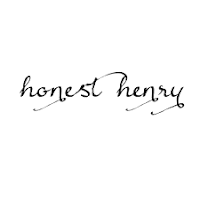 ACTIVITY: SAY IT IN ONE WORD
Method: Ask them to introduce themselves using one word which starts with the initial alphabet used in their name. Give them an example: Lazy Lalit, Adventurous Aman and so on.
Add variations to it by asking them to describe their Friends or other persons/objects in the same manner. Sometimes, if they don’t find one word, give them the privilege to use another word or two.

ACTIVITY: CHANGE THE VOWELS
Method: This is the same as JUMBLE/ SCRAMBLE game where you have to change the place of any one vowel in a jumbled group of words to make it a meaningful word. You can use variations of this game where you have more than one answers.

ACTIVITY: RIDDLES
Method: Ask them puzzles, riddles based on tricky use of language. For example: a word which starts and ends with letter ‘s’ and is a mile long:smiles, Words/Expressions which are same in spelling in straight/ reverse order:  MADAM I AM ADAM!
I have seven letters.The first two stand for a boy.The first three used for a girl.The first four stand for a brave boy. But all my letters together stand for a smart,beautiful, brave girl.What am I?(Answer:HEROINE)

What is found in the very center of both America and Australia?( Answer: the letter R)
Which is the loudest vowel?( Answer: I)

ACTIVITY: TONGUE TWISTERS
Method:  Make this a time-bound pair activity to start with. Once the learners start to respond, add a sense of competition and more number/ time to it. Write the tongue twister on the board and ask the students to say it loudly, without any interruptions for a minute or say, 5 times and so on. In the beginning, let them read it from the board. With time, ask them to learn it by heart and repeat.Some examples are here for your ready reference.