IMPORTANCE OF PSYCHOLOGICAL TESTS AT SSB

Many times candidates attending the Services Selection Boards complain of not being able to understand what the Psychologist is trying to look for in their answers. Especially, the most difficult for many of the candidates is the Story to be written when the Slide is a Blank one. While there is just one Picture Perception and Description Test in the Stage I of SSB process, Stage II consists of a battery of four specific Psychological Tests along with the filling of Personal Information Questionnaire. These Psychological Tests are conducted on Day Two of Stage II over a duration of five-six hours. Till date, these tests are administered manually to all the candidates together. Unlike the GTO and the Interviewing Officer the Psychologist does not get a chance to talk to the candidates or interact with them. All his interaction with the candidates is through their answers to various psychological tests. And that is why, even today, when every other kind of Employers test their candidates performance through Computer Aided Testing, SSB sticks to the oldest form of examination, i.e. making the candidates write down their answers, mind it, not type, but write down their answers themselves.

What type of Person is the Psychologist looking for?

SSB, in general and the Psychologist in particular is looking for someone who can enjoy life and is no stranger to emotions such as anger, sadness, excitement, anxiety or jealousy and can express these feelings without being influenced by the surroundings. This person is also an independent person with skills, abilities, feelings and aspirations to improve and progress. Such a person also has the desire to lead a productive, eventful and self-realising life ahead. In short, it is a person who is going to be happy and satisfied with the life in the Armed Forces.

It is pertinent to note here that the Psychologists are not looking for ideal personalities. They already know that each person has some healthy personality traits while may be deficient in some others. But, what is also clear is that this person has potentiality within to improve and develop the deficient areas of his/her personality. So, to sum it up, one can say, SSB is looking for someone who is balanced and can deal diligently with a variety of situations.

How does the Psychologist judge a candidates’ Personality?

Personality is a combination of many characteristics and behaviour patterns of an individual. The psychologist uses certain 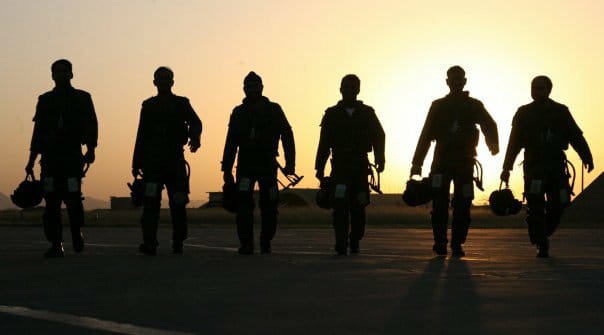 Projective Techniques of Testing to know the various layers of a candidate’s behaviour. The projective techniques are based on the fact that what one perceives in the world around him/her is influenced by one’s own personality, needs, attitudes and so on. That is, One chooses to perceive whatever one finds familiar out of whatever one sees. Many times, even the candidates are not aware about their real selves, hidden feelings and responses to certain stimuli. All these hidden responses too come to the fore with the use of appropriate Projective techniques. These techniques, again, are based on the fact that what a candidate perceives and records as responses are the projections of his/her real self. Therefore, they allow the candidate to project his/her personality in terms of free verbal responses about the pictures s/he sees and the plots s/he weaves around the Pictures, shown in the Thematic Apperception Test; free association to a set of selected words as in Word Association Test or problem situations presented in writing in case of Situation Reaction Test.

What are the various Projective Techniques used in SSBs?

How to succeed in the Psychological Tests in SSBs?

The entire battery of Psychological Tests takes 5-6 hours. These Tests are unlike what we usually do when we write a test. These are all intrinsically interesting tasks and entertaining. They tend to divert the attention of the candidates away from themselves and thus reduces embarrassment and defensiveness. Also, because of their disguised purpose, it is difficult to fake the behaviour required to enter the Armed Forces. These techniques help the Psychologist as well as the candidates to find out their inner feelings, fears, hopes, attitude, goals, adjustment to work and people, sense of responsibility, the impact one has on others and the leadership potential one displays. Similarly, these tests also give an insight to the candidate about whether or not his/her personality is suited for the life and work in Armed Forces. This further reduces the chances of disenchantment in life at later point.

Importance of Personal Interview in SSB