Now the reason the enlightened prince and the wise general conquer the enemy whenever they  move and their achievements surpass those of ordinary men, is foreknowledge.”Sun Tzu,The Art of War

News channels working 24/7 feel their current updates, breaking news and commentaries from the field make their stories authentic. As the fourth pillar of Democracy, they feel they are playing an important role in keeping the citizens abreast with all kinds of sensitive issues. But they fail to consider the significant role foreknowledge plays in forming public opinion. Indian Media’s ignorance of their responsibility towards building up the “intelligence” of their viewers was recently highlighted by the way they handled the so-called Indo-China Border dispute. Although, most of us were glued to the videos showing the soldiers of both the countries fight, young brave hearts getting killed and being cremated by their loved ones, what most of the channels intentionally forgot to show was why and how China manages to violate the LAC so often.

And this brings me to this article’s purpose: what is this LAC, LOC and its pragmatic implementation related to Indo-China borders? Ask most of our Patriots and we won’t be able to clearly define or distinguish between these two terms: LAC and LOC, forget the International Borders. History they say, is a never ending argument and when it comes to the borders of India, Tibet and China, this is very true. Unlike the clarity of borders shared by India and Pakistan in the Jammu and Kashmir region, the boundaries of China, Tibet and India still remain far from being definite.

: The demarcated line between any two nations as recognised internationally by other countries. Sir Cyril Radcliffe demarcated the land between India and Pakistan and similarly, on the north eastern side Sir Henry Mcmahon did it between Tibet and North-eastern region of India.

: Line of Control as it is called, it denotes the boundary separating parts of Indian territory from other nations militarily. It is a live line available on the ground which is clearly demarcated even if disputed once in a while, but very live with activities such as firing or face-to-face confrontation takes place.

: Line of actual Control is a Line drawn between two countries which have not yet agreed and settled their territories on ground. It generally implies a big empty region and nearly 50-100 kilometres distance maintained by the military forces of both the countries.

British government’s efforts to draw a line and create a boundary between Tibet and India were triggered by the fact that during late 19th century, they identified Tawang to be a major trading center in this region and wanted it to be included in the Indian territory. Tawang and current Indian state Arunachal Pradesh were part of Tibetan territory in those days. The Simla Convention of 1914 intended to get all the related nations to agree on the legal boundary as demarcated by the Mcmahon Line. Although the convention as attended and its reports signed by Tibetan and British representatives mutually,Tibet refused to recognise the boundaries set according to this treaty claiming its denial by their Chinese counterparts. That is, since British government failed to get the treaty signed and accepted by the Chinese government, Tibet too refused to accept it.

Some Diplomats say that if Tibet calls the Simla Convention legal,it suits their cause of denial of Chinese suzerainty while if it denies the convention as being illegal, that suits their Chinese counterparts.

India kept asserting its control on Tawang and Arunachal Pradesh which was then known as NEFA (North East Frontier Agency)  even after its Independence. While Tibet and China kept claiming their authority over the district, India kept quoting the Mcmahon Line to be its legal boundary. During the Nehru regime, India acknowledged Tibet to be a part of China and gave up its extraterritorial rights as granted by the British. Also,for along time he kept telling the Parliament that the Indo-Sino  border issue was settled as it had not been brought up by the “Chini bhai”. Consequently,he went on to order the publication of new maps with Indian borders in the region called Aksai Chin. 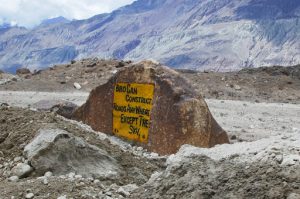 The Chinese Bhai saw this in as an attempt to assert Indian sovereignty in light of the Tibetan Uprisings and the 14th Dalai Lama’s arrival in India. In August 1959 Chinese soldiers noticed new posts on their side of the “line” and tried to capture the military outpost at Longjju on the Tsari Chu. Zhou Enlai proposed to Nehru to move 20 kilometres from theLine of Actual Control (LAC) as a solution. In stead, Nehru applied the Forward Policy which led to establishment of 43 military outposts north of Zhau’s LAC. This led to the famous Indo-China War. As if the humiliation of failed diplomacy was not enough that we had to see the Chinese forces move 90 kms inside the Indian side of the LAC.

: In 1981, 1988, 1993 and 1996 the Indians and Chinese governments have tried and failed to come to any major agreements related to the borders. As a result, till date both the sides keep flouting the rules and crossing the LAC once in a while. And the recent skirmish at Galwan valley is definitely not the end of the matter as the perceptions and ground reality related to the borders keep changing on both sides of the line. Unlike the Jammu and Kashmir border shared by India and Pakistan, the north-eastern Border of Indian territory is intricately entangled within the gambits of International Border, Line of Control and Line of Actual Control, thanks to the White Man and his Colonialism.

Colonial Powers such as the British east India Company has led to many border disputes in the nations which were once part of the commonwealth of the Queen.China and India being the two Asian giants are lifetime enemies courtesy the British Officials who complicated the interpretations of actions as simple as using initials instead of complete signatures by the representatives of the Tripartite Simla Convention. As a result,we find a simple exercise of marking the national borders continues to remain the bone of contention while the Britons still wonder what’s wrong with the Queen’s Household.

With the various social media platforms continually filling our lives with detailed and updated facts and figures about the ways of the world, we start feeling we are on the inside of every incident happening in and around our nation. The reason for the successful running of some of these cheap news channels is this feeling of being an “Insider” that one gets from them. We feel being an insider we have access to pure, updated knowledge and this knowledge,in turn makes us feel powerful.

available at the time when it happened. Logically it is definitely not something which any Insider would give away so easily.

. And when the stakes are really high, which most of the time are, it is this insider’s knowledge that shapes the destinies of nations and its citizens in the times to come.

I know for most of the well-read defense analysts and journalists, this article would seem elementary. But being a Sherlock Holmes fan, I tend to always start with the Elementary!