by Vidula Abhyankar
in Military Intelligence
0

Indo-China Standoff
Economic Coercion the new Deception Tool of Mighty Dragon
“Tricks, traps, ambushes and other efforts resulting in the surprise of one party by another have been commonplace in Chinese warfare from as far back as we have records,” says historian David A. Graff, an associate professor at the Institute of Military History and 20th Century Studies at Kansas State University. “The centrality of deceit in warfare was enunciated by Sun Tzu in the middle of the first millennium B.C. Deceit aimed at achieving surprise became so ubiquitous that it was almost like background noise, without the power to shock.” Graff says. 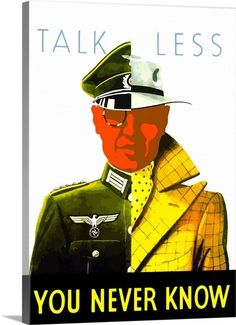 The recent rise of China as an economically powerful nation is a derivative of Sun Tzu’s war diplomacy where he preaches of winning a war without fighting one. China’s ascent as an influential geopolitical power is the extension of its old policy of economic coercion in the South East Asian subcontinent. China faces India another Asian giant and tries to establish its superiority this time not only through its military power but its economic diplomacy.
History has proved time and again that for China muscle power is the last step of a war, before which it tries to exert its superiority through different types of coercions such as technological, psychological, geopolitical and most importantly, economical. It does not intend to have a direct encounter with India but tries to bait its neighbouring countries such as Pakistan, Sri Lanka and Nepal with its debt-trap diplomacy and encircle it indirectly. To understand this one has to take a look at certain economic steps China has taken in recent past:
Aggressive Trade sanctions: In 2010 Japanese government arrested the captain of a Chinese fishing trawler when it collided with some Japanese Coast Guard Ships. As a result, China banned export of rare earth minerals and metals to Japan. These metals were very important for Japan as they were a crucial component of certain electronic products which Japan exported to US and other European countries. So, in exchange for the release of the Chinese captain, Japanese industries such as Hitachi and Toyota were forced to move their plants to China.

Bullying over ASEAN countries: China is the largest trading partner of most of the ASEAN countries. Any opposition to its claim of “Nine dash Lines” in the South China Sea or other neighbouring islands and shoals lead to immediate coercive actions from the Chinese. The best example of this is the attempt of Philippines Navy in 2012 to arrest some Chinese fishing trawlers close by Scarborough Shoal which led to China banning their fruits and vegetables and in turn hitting their farmers hard.

Isolation of Tibet and Taiwan: China is very clear about fulfilling its dream of National Reunification. For this it is persistent in isolating all those who help their enemies. This means all the countries which assist Tibet and Taiwan to establish their independent reign are looked down upon and subsequently penalized through economic sanctions and bans by China. Countries like Mongolia have suffered severe loss of trade with China once they hosted Dalai Lama openly.
Keeping old friends close while capturing new markets: Well it is said that there are no clear cut demarcations between friends or foes in Chinese diplomacy. But a peep into the history will show that China does preserve its old friendships with countries such as Cambodia, Laos and Myanmar. Cambodia was gifted grants and loans worth millions of US dollars by China when it repatriated some Uighurs who were seeking asylum back to China.
While China gifts the old friends handsomely, it does not exactly treat its new allies in the same manner. It tries to create employment and generate goodwill through lucrative offers in infrastructure-construction in nations. Under the garb of such offers to specific countries which it knows will not be able to repay its loans, it increases its strategic influence and captures new markets too. One such example is the country of Montenegro, a small country with a meager population of 6, 20,000; was lured with a project to construct a super highway connecting the Adriatic Sea Bar to land-locked Serbia. Feasibility reports done by French and US companies stated the non-viability of the project based on the meager number of vehicles which were going to ply and use the highway as compared to the standard numbers. On the contrary, the Chinese Raod and Bridge Corporation and the Chinese bank which would be providing the loan found the project highly constructive and viable. The country took the bait and now with only the first stage of construction over, it stands in debt of more than 1.2 billion USD.
Deceiving through the concept of “Shared Growth”: In recent years, China has improved its face value by showing its urge towards sharing growth with economically weaker nations. China lures these nations with proposals of infrastructural projects. It offers lucrative loans to these nations and does not mind their delay in repayment of the loans in the beginning. Gradually, it shocks them with firm legal clauses of “land acquisition” in their territories in case of lapse of debts. Most of the economically weaker nations have fallen prey to the bait of cheap Chinese muscle and money power.
Debt Trap: The construction of a port at Hambantota in Sri Lanka and another in Maldives, Gwadar in Pakistan, Kuntan in Malaysia and the super highway in Serbia are some prominent examples of Chinese way of spreading their “wings” through the debt trap. On first look for an amateur, all these infrastructural constructions look like remote acts of certain multi-national companies trying to build infrastructures and make some profits internationally. On close scrutiny, one can understand the importance of these incidents as they depict the old Chinese method of collecting intelligence through “string of pearls” strategy.
Let us understand how China is doing this with the example of the Hambantota port in Sri Lanka. The Chinese government offered to make the port even when it was not an economically viable option for the Sri Lankan government themselves. For the Sri Lankan government it was a win-win situation until the Chinese completed the construction of the port as the labour and infrastructure that was used was Chinese. Sri Lankan government was getting a port and opportunities to improve its trade in the IOR. Until the Chinese announced the rates of accumulated interest for the services they had provided till then. The rate was so steep that the Sri Lankan government had to lease the port to the Chinese for a period of 99 years.

Infrastructural Dominance in IOR: A strategic belt of highways and ports encircling India would provide tremendous strategic advantage to China in long-term perspective. By constructing roads through their dream project under Belt and Road Initiative (BRI), highways and ports at strategic locations in and around the Indian Ocean region through the economical coercion, lure of easy loans and firm sanctions on trade and economic activities as led to Chinese government increasing its “Empire” in the Asian sub continent. As a result, China spreads its labour, industries and spying technology to these nations.
The China Pakistan Economic Corridor connecting Gwadar to Karakoram Highway is one such flagship project of Chinese government to trap India’s neighbours through their Debt and Dominance Diplomacy and further encircle India strategically for future encounters. As the whole world knows, Pakistan has been at the brink of a financial collapse and has been rescued by its allies in Middle East. Still China has shown its eagerness in building not just the highway but also making a military base at Jiwani. In lieu, it dictates Pakistan to hand over the operation of Gwadar port to China for a period of 40 years. Nearly 91% of the revenue collected from marine operations and 85% of gross operations revenue collected from Gwadar free zone will be taken by the state-run Chinese company managing the project.

In addition to Pakistan and Sri Lanka, Nepal is another country which China has nurtured through its economic investments. Currently, China is the largest foreign investor in Nepal. There has been nearly 500% hike in China’s investments in Nepal. How Nepal pulled out of the BIMSTEC a joint military exercise in 2018 on China’s insistence is another illustration of their slow and steady control over economically weak yet strategically important nations. Any severe blow to the Chinese then, implies a blow to their life style, their own economy and eventually, their own country. China encircles India and the IOR through other projects in countries such as Nepal, Myanmar, Bangladesh and Maldives.
Creeping into the way of life: Be it giant enemies like India or a small country like Nepal, China does not use policies of immediate results. Instead, it penetrates slowly and carefully into the very ethos of the country. Chinese products which hold good quality are sold for a few pennies in Indian markets for years. Once the masses become loyal customers of Chinese products, their personal information, behaviour patterns, likes and dislikes are slowly monitored by the Chinese government. With time the Chinese start controlling their lives and national economy. One of the best illustrations of this is how China has forced Taiwan to remove a 50-year old ban in Taiwan to trade and invest directly with mainland China. Within 03 years of raising the ban, China managed to become the largest trading partner of Taiwan. It did not stop at that and went on to publicly support their political parties which supported Taiwan’s unification with China.
The Chinese use of “innovative methods” such as the recent playing of Punjabi songs only suggests that all the activities, developmental, military or otherwise happening nearby the LAC are a live illustration of the fact that the battle is going to happen somewhere else, where we least expect. Deception is an old technique used by many from the times of Trojan wars to the more recent Pearl Harbour incident. Chinese master this art of deception with their “foot in the door” policy. The dragon steps in slowly with his steady feet and then occupies the whole room! The influx of cheap Chinese inventions followed by Chinese manpower to maintain them is definitely the new variant of “Slow and Steady” steps of the Chinese dragon.
In the ongoing Monsoon session of Parliament, Defence Minister Rajnath Singh spoke about the recent Chinese aggression in areas nearby the Ladakh region. He also stated that the PLA has deployed a lot of manpower, arms and ammunition in and around the LAC area. A few days before he made this statement, five young boys belonging to the Tagin community in Arunachal Pradesh who had gone on hunting in the deep forests of Nacho near the LAC were abducted and finally returned back by the Chinese Army. A few days later, the Chinese Army was heard playing Punjabi numbers for the Indian troops near their forward posts at Finger 4 near the Pangong Tso area.
With the old practice of Deception that the Chinese have been practicing all along and all these incidents put together along with the economic activities it has initiated in the recent past lead to the most obvious conclusion that the actual action is happening elsewhere. To sum it all, I would say we need to pay attention to what the Chinese strategists have said:
“The great masters of warfare techniques during the 21 century will be those who employ innovative methods to recombine various capabilities so as to attain tactical, campaign and strategic goals.”
Qiao Liang and Wang Xiangsui in “Warfare beyond Bounds”