In order to remove Mother Tongue Influence (MTI) and instill the right kind of contextual knowledge about a language, it is very important to give the learners an opportunity to feel the target language. This happens only when the teacher exposes the learners to  all competencies of the language and creates a life-like situation within a classroom session. In short, a language which is not the learners’ mother tongue is best learnt when they get the same exposure to the target language as they got for their mother tongue.

This is nothing new for most of the language teachers. But what is difficult is to implement it within the  limited resources of four walls of a mundane classroom. A teacher, especially a language teacher has to create a lot of outside classroom scenes inside the confines of  a classroom.  Many times, the teachers take a refuge in the textbooks and tasks based on the textbook content. But what is more important is to associate and integrate their knowledge with what the learners were taught through the textbook. 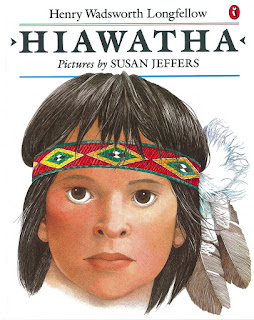 Imagine a unit where you are teaching the children a lesson based on the famous poem Hiawatha written by H. W. Longfellow or on a story/passage from Robinson Crusoe/ Gulliver’s Travels. In such units, children are introduced to various cultures/ places and or traditions which are different from their own way of life. In such cases one can interestingly remind them of familiar situations when they went on a visit to a new place during their holidays. They must have met and made new friends. Sometimes they would have hesitated to introduce themselves while in other cases they might have made some smooth small talk with someone sitting next to them in the bus/boat/train.

I am starting this series called Conversation for all occasions where I would like to discuss some activities based on very simple but often encountered real-life situations. The format of each session is going to be the same. We will begin with a Pronunciation Drill, then move to a Vocabulary drill , before we finally move on to the core activities involving all four competencies of the target language. In this case, it is ENGLISH. Teachers must remember that the use of mother tongue of the learners must be nil or if at all required, minimal.

Tell them that today they will play an activity wherein they have to imagine the time when they visited a new place and found themselves to be at a loss when it came to making friends with strangers.  Also tell them the benefit of playing this activity would be that they could introduce themselves to some complete strangers who came to visit their school, city or nation. This way they could make some new friends and impress them with their confident speaking skills. Who knows, in future they could also become a  successful tourist guide.

Try and tell me whether it works.

Activity 2: What do these words mean?: Teacher Directed: 5 Minutes
Focus on: Building Vocabulary through words, their meanings and correct contextual usage 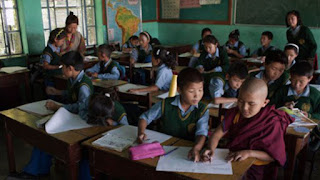 The teacher will write the following words/phrases on the blackboard and will say the words aloud. The learners will repeat after the teacher. The teacher will explain the meaning and their usage in context when talking about one’s nationality. The teacher can make judicious use of mother tongue if students fail to comprehend the meaning of words.
·         lingua franca: (explain the meaning through /by definition/ by using it in a verbal context): a language spoken by many people whose mother tongues are different.
Usage example: People speak many languages in India. Hindi is the lingua franca of all Indians because it is commonly understood by most of us.
·        native: (by definition):connected with the people/ place  to which one belongs or is/ was born.
Usage Example: Raman is a Nepali boy living in Chandigarh with his uncle. He had never visited his native village near Kathmandu. He is going to visit his grandparents and family members in this summer vacations.
·        citizen: (by definition/ verbal context): a person who lives in a country and has legal rights.
Usage Example: All of us, who are born in India, are citizens of India. We enjoy lots of rights as citizens of India. We must also follow the rules of Indian government. 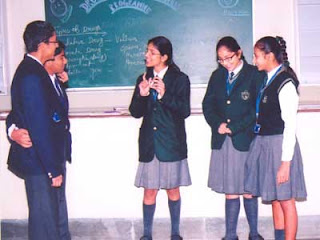 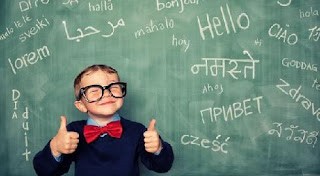 The teacher can teach the students about the various combinations of nations and the languages spoken there. S/He will draw the attention of students to the changes in spellings while doing so.
Example: People speak German in Germany.
Also some common phrases which are used in various languages during introductions can be discussed. For Example: common words like: Hello, Pardon, Thank You, Good Bye, See you soon and so on.

What do they speak?
Activity 6: Variation: Role Play: 5 Minutes
Focus on: Practice of conversations during Introductions The teacher can now prepare a different conversation for role play where the students represent various countries. Divide the learners into pairs and tell them to take turns in knowing each other with the help of the conversation. The teacher can give them various combinations of nations and languages.

One example is given below.

Janet: Good morning, sir. What’s your name?
Peter: Pardon?
Janet: Where are you from?
Peter: Oh… I don’t understand…
Janet: My name is Janet. I am from London, I am British. And you? Where are you from?
Peter: Oh! I am from Canada, I am Canadian.
Janet: Oh! Canada is very beautiful!
Peter: Yes! It’s very nice!
Peter: Do you speak French?
Janet: No, I don’t. I speak English and Spanish.
Peter: I don’t speak English very well because I speak French with my relatives.
Janet: Really? Where do you live in Canada?
Peter: I live in Ottawa, the capital of Canada. Nice to meet you. (Shaking hands).
Janet: Nice to meet you, too.
Peter: Goodbye!
Janet: See you soon!
Once in a while, when the learners are bored to do some exercises based on their text, teachers can opt for simple activities revolving around conversations in the classroom. The level of contextual vocabulary used can depend  and vary on the basis of the age group and the interest of the learners. And also, their level of exposure to the target language.

How to teach ELT students to Describe People