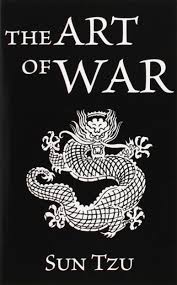 China’s role in the business of Intelligence dates back to the sixth century BC warrior thinker SunTzu who wrote The Art of War. Sun Tzu has talked in great details about the importance of gathering information about the enemy-states through means such as espionage, propaganda and so on if one has to win a war. Although most of the European countries have accepted the principles propagated by him to be universal, it is not surprising that little is known about the actual paradigm of Intelligence Organisations in China. Unlike other Intelligence agencies, due to its unique language and culture, many things still remain a secret in China; especially when it comes to the art of gathering Intelligence through Human Assets.
Myths revolving around Chinese Human Intelligence Methods 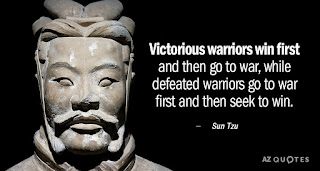 1.      Most of the Intelligence Agencies of the world feel that the Chinese intelligence is highly complex, multilayered and controlled by a political party and the government together. There seem to be too many agencies involved in gathering and processing Intelligence in China such as the police departments, the party members, the military departments, civil organisations such as research institutions and media houses.
2.      The modus operandi of Chinese intelligence agencies are vastly different from those employed by other countries. As a result there is very little knowledge available about their internal security and defense organisations, their importance or distinctions and, most importantly, their significance in China’s political lobbies.
3.      The Chinese are said to trust mainly those with Chinese background as human assets for gathering information in foreign lands. They prefer to recruit those who are ethnic Han Chinese because they are more trustworthy and proud of their national heritage.
4.      It is felt that Chinese intelligence officers do not possess the specific acumen required to gather human intelligence and believe in collection of enormous amount of data over long period of time. Their priority remains to be collection of classified information, files and so on related to their rival countries.
5.      Some think that China’s intelligence revolves around the business and technology; they have been blamed for hacking into many US company networks and even that of NASA for enabling their space related programmes. And, it is also believed that their central government coordinates the business espionage activities.
Chinese Methods of Gathering Human Intelligence 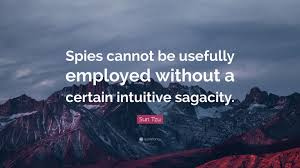 1.     Thousand grains of sands: Chinese intelligence agencies such as the MSS use the technique of collecting varied information gathered from various sources. Small bits of information are gathered by agents are used for acquiring mid-level information. In most of the cases, it is believed that the MSS uses software companies, media houses and Chinese banks as cover for gathering intelligence.These professionals may provide information, which in isolation is meaningless; but when put together with some other contextual references makes sense to the intelligence agencies.
2.     Mosaic: This method is again a variation of the first one, wherein the Chinese academicians working in research and academic institutions are used to collect micro intelligence bits during their participation in student exchange programmes, seminars, conferences and scientific cooperation programmes. They collect the required information in bits and pieces over a prolonged period of time. Such potential targets that can effectively disseminate information to the agencies are recruited during their visits to China.
3.     Human-wave: This method would again look very similar to the first two where thousands of human assets are assigned to gather a massive amount of available information. China is a nation with a vast population. Hence it has the luxury of recruiting many people for collection of information. Hence, the Chinese Intelligence officers work on the age-old tradition of GUANXI which refers to the cultivation and use of personal networks to influence events and actions of a large variety.
4.     Honey –Trap: This is another technique used by the Chinese Intelligence agencies. In order to neutralize/ influence some human assets, their houses are bugged or their telephones are tapped. They make the encounter to look more and more genuine in cases of high value assets. The most popular case was that of honey trapping of one of the staff members of RAW during 2008. The station chief: Uma Mishra had to be recalled as a result. Although difficult to arrange and less productive honey trapping still remains one of the preferred method of the MSS and PLA.
5.     Seeding: This method is generally used by most of the Intelligence agencies where foreign assets of influence are patiently cultivated, literally like a seed, for long-term information or espionage. This is again the reflection of the Chinese hallmarks of patience and persistence.Chinese intelligence agencies seem to take advantage of its migratory population for gathering the technological and economic intelligence around the world without attracting much attention.
6.     Predominance of Chinese diaspora: One of the reasons for the opacity of Chinese Human Intelligence operators is predominance of unique Chinese traits even in recruiting Human operators for gathering Intelligence in foreign countries. The Chinese prefer recruiting and periodically debriefing residents of Chinese origin in other countries to gather a deeper level of intelligence on very specific, immediate actions to be taken or surveys to be carried out in that country. Many times, these operators would themselves be unaware of the ultimate reason for the information they carry to their bosses. It is only after all the information is put together that it is processed to get appropriate intelligence.
Reality of Chinese Methods 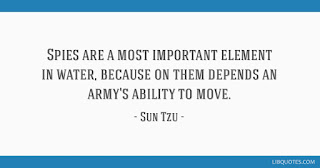 Due to the large techno-savvy population of China, it can afford to use an equally large pool of Human assets to carry out cyber espionage as well as collection of HUMINT. Their mosaic approach makes it really difficult to understand which agency or political leader or bureaucrat has the final word. In fact at times, it becomes really difficult to legally prove such collection or dissemination of information as espionage or intelligence-gathering. But there are definitely many similarities between the methods applied by the Chinese and other countries in the field of Intelligence such as
1.      The use of military attaches serving in overseas embassies is definitely one of the most commonly accepted methods of collecting intelligence across the world. This can be proved by the cases dealing with Chinese military attaches caught in covert intelligence activities such as trying to purchase NSA secrets in 1987.
2.      Foreign nationals and not just the ethnic Hans are used as human assets to get hold of top- secret/ classified information related to foreign countries. The best example of this fact is the case of Ronald Montaperto, an analyst in the US Defense Intelligence Agency who was caught possessing classified documents illegally and passing top secret information to Chinese military attaches.
3.      The tactics used for recruitment of Human assets are similar to those used by other countries such as using coercion by giving threats of deporting/arrest and giving monetary benefits. Once in a while there have been cases where the human assets have confessed of having been coerced to provide information about other countries.
4.      Especially in case of India, the dissident groups such as the Naga rebels, the Rohingyas, the Chakma refugees and the Naxalites/Maoists or Communists are infiltrated well and constantly used to keep the unrest alive inside the country. Agents are recruited from isolated communities that live close to the abstract/porous International borders; can be easily divided and whose members cross the borders at their will.
5.      Open Surveillance is again a common method used by the Ministry of Public Security inside China for gathering HUMINT. Most of the foreigners especially the business people are followed openly during weekdays. The purpose of such open surveillance is to intimidate them to give away any kind of information: economic or geographical or otherwise of any use to the Chinese.
Interpretations in Indian Context 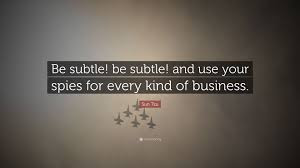 Looking at the recent Doklam incident, it is clear that China wants to repeat the 1962 episode once again with India. But, it is very well-aware that full-fledged war with India would lead to more damages to it than to India. But it won’t be too long before China tries to do the same thing it did in relation with the South China Sea. China has built a totally new island and while the construction is still undergoing, it already claims that this island has been part of China since ancient times.

1.               China has been working on the possibility of attacking India by entering through Tawang and going on till Tezpur. They have been preparing for it for a long time and so needs to be India.

2.                Despite all the talk and gestures in international environs with Pakistan, it is clear that China doesn’t trust anyone too much as it assumes that it has to fight India all alone. They believe that when they did not help Pakistan to fight India in 1965 or in 1971 or during 1999, why would Pakistan want to make any amends?

3.               Although the open to public Chinese documents no more treat Sikkim as a country but mark it as a state of India, the Chinese army and military intelligence do not follow the guidelines and go on supporting the fight for independence of Sikkim secretly.

4.                Many defense strategists have argued that in order to make the task of infiltration difficult for China no roads, no railways or no long tunnels need to be undertaken across the Himalayas.
Summing Up
“Knowledge is a weapon as sharp as any knife.” 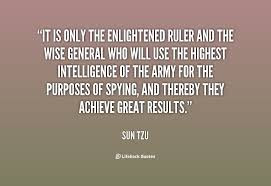 It is clearly understood that one of the two nations: China or India will dominate Asia in future. While China has its advantages today with its techno-savvy population and booming economy, India is also not much behind. The communist China has its own set of problems to solve. If India equips itself in the field of HUMINT in future, a self-confident India with lot of allies in neighbourhood will be able to control China and its deceitful ways. It was never an easy task but not impossible too.