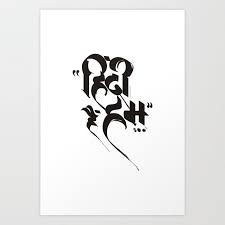 The very first debate that the re elected Modi government got into was the Three Language Formula under the National Policy of Education.  For years many central  governments and Ministry of HRD have tried to implement this policy. The last NDA government too got to implement the same for some years when I was a schoolkid,long time ago. So,students of Kendriya Vidyalayas found themselves left to study English,Hindi, Sanskrit and a regional language till IXth Standard. Whatever was the government’s intention,it all boiled down to converting your knowledge into marks to get a good ranking in the class. As a result, I found  my Nepali friend getting 10 on 10 in a class test on Marathi as we were all studying in a city in Maharashtra. The whole class made fun of all of us who boasted of scoring full because it was our Mother Tongue.  After an year or so,the practice died its own death due to a lot of furore created over the futility of learning a third language for those who were going to change schools  frequently. We all were happy because not because of anything else but just because it was one subject less. 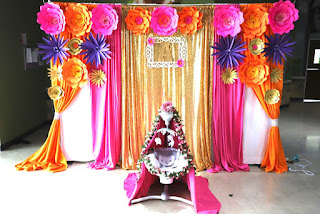 I had totally forgotten about my mother tongue till at my daughter’s naming ceremony, some of my friends asked me: What should we call you? Kaku or Auntyji? What will Shruti call you: Aai or Amma or the Fauji ishtyle: Mommy? “Of Course Aai!”I said. And we all had a hearty laugh. Gradually, to my surprise the Aai and Amma took a backseat and the Mommy was here to stay. Whenever my daughter went to her grandparents’ home, she was quick to call me Aai/ Amma as she saw her cousins doing it. As soon as we returned home, the Mommy too came back. 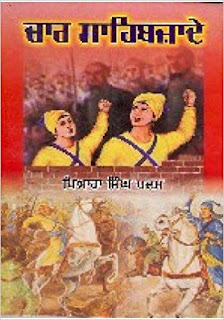 Then one fine day, she met some friends who spoke only in English and she chose to follow. Since I also wanted her to have friends more importantly than roots, I allowed her to continue her love for the language. The ever aspiring, competitive mother in me couldn’t see the daughter lacking behind: so I let her master the language. Her father, being a psychologist and always taking a back seat about everything that had anything to do with “teaching” the child said “As far as she is able to play and enjoy herself, its fine if she picks up anything, be it Greek or Tamil, I am fine.”So when she announced that she wanted to see the Punjabi animation movie “Chaar Sahibzade”, he quickly booked the tickets and we had a wonderful screening. I was happy she was gaining confidantes in her school and neighbourhood. An added advantage was she was learning a kind of foreign language too. 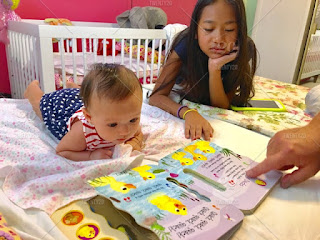 Then one day, I realised she couldn’t spell the word “Bhasha” (language) in Hindi. Gradually, through same drills that I used for teaching her English, I succeeded to make her well aware of Hindi language. And then I met a few friends who had chosen a Foreign language/ a local language like Punjabi as a third language for their children. It was as good/ bad as Greek for the parents as both of them were from a different state of India. When I asked them why they had chosen it when they could also choose something easier like French or German, the mother said” At least she will help me converse with the maid and the grocers. But a foreign language won’t be of any use if she doesn’t get that choice in her next school.”
Another couple, I met were so particular about the language and the medium of instruction that as soon as the child started going to school, the family shifted its permanent base to their ancestral place because they didn’t want the child to miss out on their as well as her mother tongue! What a sacrifice for the child and the mother, to not being able to stay with the father!
So much for the language called mother tongue or a master’s language not so foreign anymore!
And I wondered, was I being too relaxed? Honestly speaking, I did not feel any shame or guilt in not forcing my child to speak my mother tongue or my husband’s. Am I supposed to, I don’t know. As a parent I learnt it was better to let the child do what came to it naturally. 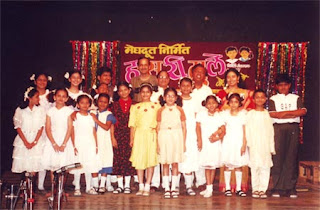 At the age of 7, she chose to join an Acting Workshop in Marathi with her cousin during her summer vacation. First few days, she was lost, as the only friend she had was busy talking to everyone in Marathi while she was left alone. Her teacher didn’t pay much attention as she never spoke much. But, she is a fighter just as other Faulads (as the social media calls them: Fauji Kids). She asked her grandfather to translate one solo act in Hindi and performed it with full confidence and surprised her teachers. After a few days, she was chosen to perform in a skit for the grand finale. She had only a few dialogues, so she understood them and delivered them confidently. 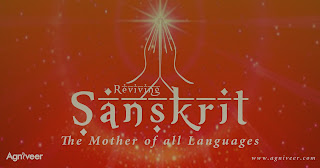 I am reminded of the faculty of Applied Linguistics at the erstwhile Central Institute of English and Foreign Languages and their stress on research in Indian Languages in English. They used to say use English as a medium to introduce the world to the lost traditions of Indian languages and Literature. With this aspect of the language prominently ingrained in my mind, I never looked at the English language as anything else but a means of transferring traditions. And, as my child grew up,I realised it was more convenient to introduce her to a new language while she was young and receptive towards the language. This was the same technique I applied when she was to be introduced to Sanskrit in VIth grade.
I told her if she learnt this language she could master any other Indian Language easily. Also it would help her to learn some new languages too such as German, which were very similar to Sanskrit. 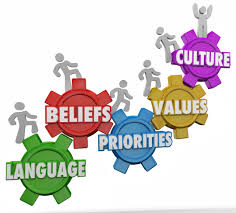 Finally, I ask the same question I have been asking in other issues too: Why can’t a language be a language- a systematic arrangement of arbitrary signs mutually accepted by the speakers of a specific region? That’s how it began. So if we replace English with Hindi as per the provisions of the Three Language Formula government wants to induct in all schools and keep the regional language as a compulsory subject; it should not make much difference.
But perhaps, the language attaches more to itself: social supremacy for a few, an acceptance to remain enslaved for another few and a denial to accept and respect your own traditions for the politically willed.