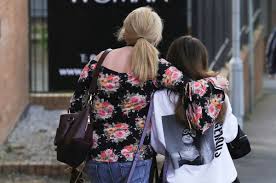 Last week my daughter had to attend a regional meet at another distant school in the city. This was a moment of mixed emotions for us. On one hand, I was celebrating her independence; while on the other I worried about her success. As children prepare to advance in school for the first time, parents are confronted with the reality of the child growing up. The parent is suddenly faced with “Letting GO” of a parental attachment held from birth. This notion of “Letting GO” can create levels of anxiety most parents could not have prepared for. It is much easier said than done when the time comes to break the parent-child connection which begins the establishment of a child’s independence. Whether it’s the end of breastfeeding, the first day of kindergarten, it can be a most difficult tug-of-war for a parent.
How to begin “Letting GO”?
It is ideal to think about why you do not want to leave your child alone at any time; to start with. Sorting out those mixed feelings preventing you from letting go is the first step toward understanding and conquering one of the most painful parts of parenting. It requires looking within.
Reasons for not “Letting GO” 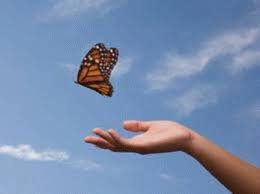 The emotional struggle could be due to your own dependency needs fulfilled by your child. There is a love bond that exists between the parents and their children. It supplies the parent’s need for love, affection, and companionship. This bond affects parents’ ability to separate from the child, causing emotional conflicts and disruptions in their personal and professional lives. Examples of these disturbances experienced by parents include:
·         A frequent need to “reconnect” or check on the child’s welfare at nursery or school
·         Being unable to socialize for long periods of time without children
·         Relationship conflicts arising from decreased intimacy and quality time spent                    between parents
·         Delayed weaning of children from breastfeeding, blabbering and sleeping in your bed       to their own bed
·         Conflicts about obligations to career choices/commitments to shift work, especially           where basic childcare or breastfeeding is interrupted.
Effects of “Letting GO” 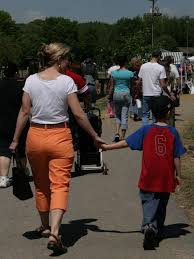 The conflicts  discussed here are experienced by many parents, especially mothers. In these instances, primarily occurring during the child’s early development, feelings of guilt, conflicts between loyalties, and the internal struggles to make sacrifices can overwhelm a parent. The truth is, for a parent, there is no other love that compares to the love a mother or father has for a child and the responsibility that comes with caring for and protecting that child. Thus, a parent is operating out of pure love, reciprocated by the child, which creates the intense, unexpected love bond that is hard to break. It’s no wonder parents have a tough time letting go and allowing the child to become independent.
Tips to tackle the move to “Letting GO” 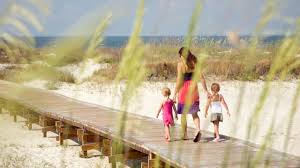 There is no exact way to tackle and move through stages of your child’s development. Every child requires different parenting as every parent will do his best based on knowledge, experiences, and available resources. The following are basic tips to assist parents as they move through the difficult transition of “Letting GO”, when that time comes. Starting early will help create a good foundation upon which you can build successes at each critical stage of your child’s development.
·         Set boundaries for yourself; practice giving your child space to grow
·         Give your child a chance to master tasks alone and learn from mistakes
·         Trust that the values you’ve instilled will in turn form their decisions
·         Acknowledge that you’ve done your best as a parent and that the hands-on phase of        parenting does come to an end
·         As your child matures, rebuild a new relationship that is less about dependency and        more about mutual respect, admiration
The whole process of Letting GO your tiny tots is like
letting them enter a deep, dark forest with birds and beasts
without you but in front of you
Something like the feelings echoed by a parent in this poem:
I make my plans for you from birth; 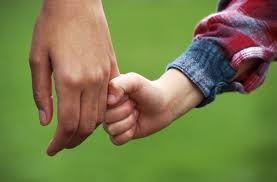 Carefully carving out your worth
So wrapped up in who you’ll be;
I neglect your individuality
I want to protect you all your life;
Keep you safe from danger and strife
Temptation and pressure attack you all day;

How as a parent can I keep it away?
My goal in life is to see you succeed;
What’s the best way to plant that seed?
Will my guidance be enough?
To guard and keep you from all that stuff?

Quoted from Poem: “For My Child by Anon