by Sqn Ldr Vidula Abhyankar Retd
in Life and Travel
201 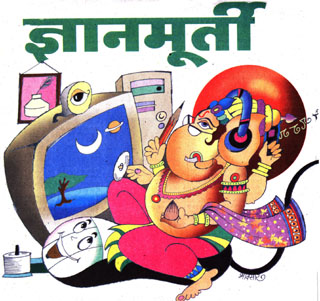 Lord Ganesha is often known as the Lord o Knowledge. Any human being who wants to pursue the journey to attain knowledge needs intelligence. And for gaining this intelligence Hindus feel if they invoke Lord Ganesha,he will be the instrument to overcome all probable difficulties that one may encounter in the pursuit of gaining knowledge. In short, Lord  Ganesha is seen to be the key that opens all doors that lead to pursuit of knowledge in this materialistic world. Without the blessings of the Lord of Knowledge,one tends to give in to the temptations and diversions that take us away from the pursuit of knowledge.
If one wants to achieve success,peace and happiness one just needs to worship Lord Ganesha once in a while. But how did this happen that one young boy who was created with the sole purpose of guarding Shakti or Goddess Parvati and who was reborn with an elephant head,suddenly become so intelligent, worldly wise and the ultimate deiti to worship when it came to the pursuit of knowledge? There are many legends claiming to tell the story of how Lord Ganesha became the Lord of Knowledge. I have heard my grandmother telling me  this one related to his urge to get married before his younger brother Karthikey. 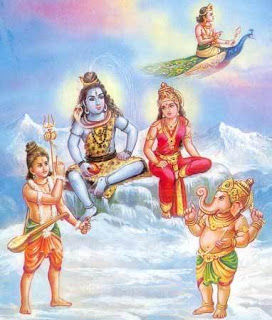 Both the brothers decided one day to finally resolve the issue related to who marries first. So they approached Narada Muni and asked him to suggest a way to resolve the matter. Narada Muni asked both of them to go around the whole universe seven times. The fastest one to complete the cycle would get to marry first. Karthikey was so hell bent on proving his worth that he immediately flew off on his peacock. Lord Ganesha, being in no hurry thought about it for a second and then he went around his parents seven times quoting the Vedas which say that anyone who revolves around their parents gets the pleasures of gong around the world seven times. 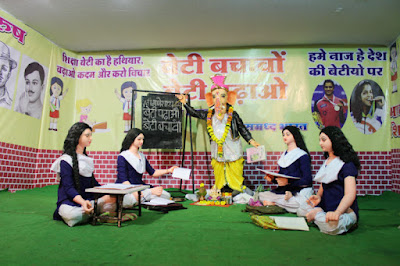 As a result of his presence of mind,problem-solving ability and ultimate intelligence, he pleases his parents, Narada Muni and rightly claims the honour of getting married first. Although Kartikey is not very happy with his loss so he leaves his parents’ house in search of knowledge, Lord Ganesha goes on to marry the daughters of Lord Prajapati: Buddhi and Siddhi. Maybe that is another reason why Lord Ganesha is known as the Lord of Knowledge as he is in reality wedded to Buddhi which means Pure Intellect and Siddhi which means success achieved through perfection. 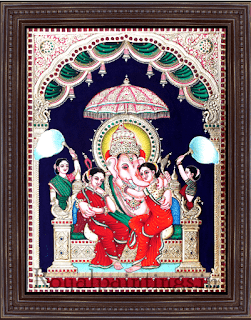 And somewhere deep down his huge belly just proves what Socrates says about the food for the soul being the knowledge. So he embodies the intensity of knowledge which anyone needs to become intelligent, happy and successful in life. One always finds Lord Ganesha associated with all good things, happy things such as wealth, sweet savouries, happiness and basically good times. All this is possible only when one possesses the knowledge to remain so using whatever little or more Lord Ganesha provides us with. So, in a way He tries telling us that the Pursuit of Knowledge is never ending process which keeps one healthy, happy and satisfied. So when Lord Ganesha calls himself as the Lord of Knowledge, He actually tells us that it is only with the correct pursuit of knowledge that we can achieve and enjoy other material pleasures such as wealth, health and Happiness. 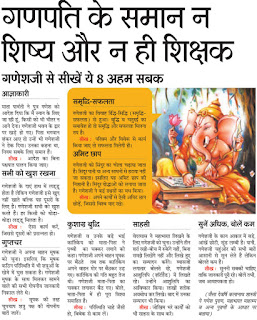 Otherwise,everything else is dust…..
Let’s enjoy today’s Teachers’ Day with a bow to the Ultimate Teacher:Lord Ganesha: The Lord of Knowledge.
So much about the Lord of Knowledge.
Tomorrow I talk about his sister Gauri and legends associated with her.
Till then, Happy Reading……