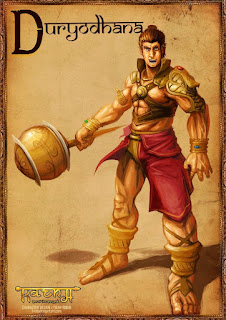 Every Sunday in Shillong, I see young Christian girls and boys dressed up formally with a copy of Black leather cover Bible in their hands, walking down to the streets to attend the Mass in Church. The whole city which is otherwise bustling with tourist taxis and hawkers roaming on the streets comes to a big halt as religion takes priority on this day for most of them. It reminded me of many Hindu elders from 90s for whom Sunday morning meant watching Ramanand Sagar’s Ramayan and BR Chopra’s Mahabharat on Doordarshan , the only Indian channel on Television. Some families used to ensure that all the members completed their morning chores before the serials started. And also, some others had incense sticks ready to be lighted as soon as the main deities like Ram, Pandavas or Krishna appeared on the TV screens.
There have been many debates about the existence of characters of the two great Indian epics: Ramayan and Mahabharat. It would be easy to believe that these were just stories if archaeologists and historians would not have given us proofs of places mentioned in these epics. But, more than their existence, what intrigues a reader is the different kind of treatments same characters have received from various writers. Sometimes these writers have been contemporaries while in some other cases, they are from different ages too. One such character of great interest has always been: Duryodhan or should I call him Suyodhan? Many modern writers such as Ramdhari Singh Dinkar,Shivaji Sawant, and more recently Anand Neelkantan have tried to present a different personality of Duryodhan which forces us to call him Suyodhan. 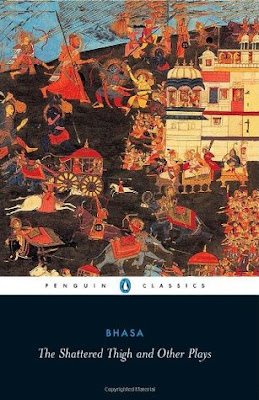 But they are not the only ones. In fact, there are writers from the ancient India, who have also portrayed Duryodhan from a very different perspective. My favourite out of them happens to be BHASA, 4th century BC Sanskrit writer. Bhasa was one of the many famous Sanskrit playwrights who wrote 100 years or so before Kalidasa. What distinguished him from other playwrights was the way he always gave a unique twist to what happened between the Kauravas and Pandavas in Mahabharat.  He deviates from the way the various characters are portrayed in the original version of Mahabharat. Duryodhan becomes Suyodhan and is shown as an honourable man who always keeps his word. His treatment of Duryodhan’s character is such that the readers start to believe in his respectable motives to try to save the huge Kuru Army from the wrath of the Pandavas. So, finally in the play titled URUBHANGAM, (the Shattered Thigh), the readers know who the real hero of the Mahabharat is. What further heightens the readers’ admiration about  Duryodhan is the way Bhasa handles his death. The fight is not shown live in the play instead the readers come to know about it through the dialogues of other characters.  In olden days, no death was shown on the stage/in the scenes directly in plays as they were supposed to always end on a happy note with the hero winning the love of his beloved or winning over in a war with his enemy. But in Bhasa’s play, although Duryodhan loses and dies, he leaves a mark in the minds of his readers. 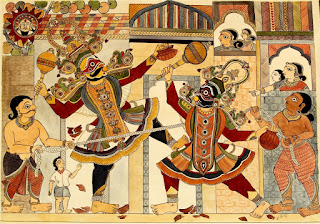 People say history and literature is created by the winners and the rulers. And if there is anything related to religion, the rulers mend it suit them. But here we have one example from the very same olden days; when religion, education, entertainment, intellect and art was controlled by the rich patrons; where an otherwise blemished character is treated as a heroic warrior. Religion was like an opium which dictated every action and reaction of all human beings. But even in such times Bhasa experimented with not only the rules of dramaturgy but also the rules of society through his works. Bhasa was and still remains to be one of the most popular Sanskrit playwright and his works are still read and researched with great interest even today, that is roughly 2000 years later.

THE SHE I LOVE