Shifting schools is part of every child whose blessed to have parents serving in the Indian military services. I was also one such fortunate and was sharing my experiences with my five years old daughter who was going to experience the agony for the first time on her father’s posting out to Chandigarh. She was extremely unhappy to part ‘with her favourites teachers, friends and bus conductors. After telling her how lucky she was to go away from “Solanki” the bully of her class, she said, No! But he doesn’t hurt me!” and what if, the next school had more Solankis in my class? Would you bring me back? It took me two orange candies and one bowl of Yippie noodles to convince her to go to the new school.

The very first day in the new school started off well as her teacher took her to the playground but, when I went back to pick her, I was surprised that my otherwise playful, active child had cried in the class! As soon as she saw me she hugged me and said, “There are too many Solankis in this class and they don’t like me! Let’s go back! ” It was only because of her class teachers proactive steps, the next day onwards, that she was accepted in the class. To the extent that she won a prize in English recitation competition and had made five friends by the end of the session. 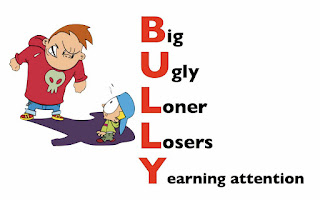 As the Executive Director of various Air Force Schools, I was always aware of the existence of bullying in classrooms and school campuses. But, my first hand experience as a parent, made me aware of the harsh fact that our schools are not creating environment which discourages such incidents. Some scholars and teachers with whom I shared my concern regarding the bullying practices found it, to be a method to judge the child’s social competence. In short those with good backgrounds became branded as the “good” ones and the rest were either the “bullies” or the “bheegi billies”. They took it as the beginning of the nature’s widely known principle of Survival of the fittest! But nobody spoke about whether the child was actually socially competent to be judge or was it necessary to brand them so early as the meek, geeks or the bullies.

So then I slowly started looking back at who were actually the bullies and the bheegi billies of my times. I could easily recollect those big, bulky, well-built boys and girls who were generally good in sports but not so well in studies, who used to bully us meeky, geeky students. Early in the morning when the school buses came, they were the ones who wanted the window seats and, if at all, they had no seats, we were the detailed ones to hold their burdens in our laps. The torture used to continue during the morning assemblies when they used to fire a cracker or burst a balloon and the whole class used to be standing in front of the Principal’s office. Generally, these boys and girls were reprimanded and insulted by the teachers especially; the math and science teacher so much that they never spoke in the classes but after the class, they were the rulers. 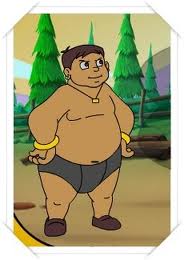 Cartoon shows such as Doremon, Bas Karo Henry, Chota Bheem, Vir the Robot Boy and Keemon Ache have become extremely popular amongst children because these serials help the meeky, geeky, feeble young ones to relate to the protagonists who are otherwise normal children like them who are helped to win over their bully friends by Super heroes and/ or their Robots. Hence, the characters of Kalia, Jian and so on signify those bullies from whom all young children want to break free. Looking at, why at all do we get bullied we need to understand who are the ones that Kalia and Jian bully? Young boys and girls like Nobita, Dholu-Polu who are actually not Superheroes but are well accepted in the class. 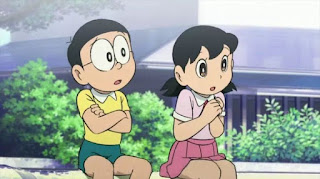 These students who are bullied or are made fun of because they are not actually dumb idiots. Instead, they are loved and well spoken to by their teachers, parents and fellow classmates. Generally, they are good at completing every task in time. They finish their home work in time. Also, they are good at one of the co-curricular activities such as singing, drawing, debates or may be sports. But, they are not very assertive of themselves in a social group. They lack aggression, probably, due to which they do not always reply back or pay any attention to negative comments. As a result, the gossip-mongers, bullies of the group/ class become overconfident and feel they are not going to be questioned/ threatened. Thus starts the legacy of daily bullying. Till, one day the child loses complete self-esteem and the bully enjoys sheer lack of compassion in social interaction. The teachers, other students and parents may notice these changes but may misinterpret them as being the symptoms of adolescence or burden of studies.

This is where the counsellor, school staff and principal become pivotal in their capacity of supervisors. Every school must have an environment where the child feels free to confide in any body whom he/ she wants. It may not necessarily be the class or subject teachers. Every school can have a method of expression of thoughts/ feelings, to begin with. It can be anonymously done by students on specified timing or corners called Graffiti. Drop boxes near the principal’s office, staff rooms and/ or common areas like Library, Labs, Playgrounds, and Canteens can also help a person to discuss any issue bothering him/ her about the school.

Also, activities, during Life-Skills training can be aimed at reducing the aggression amongst many adolescents. One good anti-bullying method is to make Buddies instead of bullies. 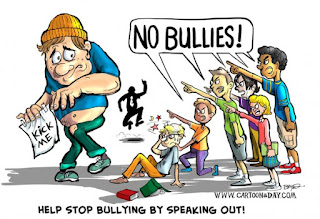 Those who bully others may be made to become buddies of other bullies. This may make them realise what it means to be bullied. Role-plays can again, be an easy medium to make all students understand and resist bullying too. More than the students and teachers, the parents of those who bully need to be kept in picture. Generally, attention from parents and right guidance from them at crucial moments of life solves most of the issues related to identity crisis amongst school children. Recognition and appreciation of virtues in mass assemblies will further control the bullying habits of students.

All these proactive and preventive measures will go waste if the regulatory bodies i.e. the school management does not support the school administration. Hence, there need to be clear rules and punishments defining the various minute details of creation of positive life skills must be advertised inside the school campus. As a result of this, the students would be forced to use their assertion in a positive direction and channelise their energy in learning new skills. 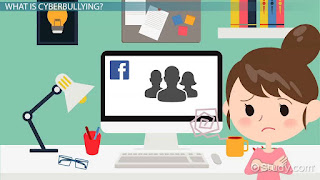 With the onset of impressive social media networking sites, the school and classroom bullying has further got extended outside classroom to the houses of students. Most of the school students attending tuitions, extra hobby classes and/ or competitive coaching classes, it is nearly impossible to hide and avoid bullying. Hence, the regulations must be made visible and must be of exemplary nature in order to nip bullying in the bud itself with 24×7 availability of people online through Facebook, Watsapp and Twitter students must be encouraged to view and use these sites judiciously as one single comment or post may brand on individual as a taboo or a superstar. Also too much of popularity at too early age in life may not be easy to handle for many, and if somebody is also a victim of bullying at such a stage in life, it may prove to be disastrous.
Many times, hegemonic masculinity, confused gender notions and too much of curiosity controlled by parents related to sexuality and genders also lead to being bullied by/ bully others. Similarly, newly found popularity amongst friends or parents; splits/ divorce/ loss of parents may also be the reasons behind bullying. Hence, it is very important to understand the child, his environment as well as his family background, in order to control/ correct impact of bullying on the child. 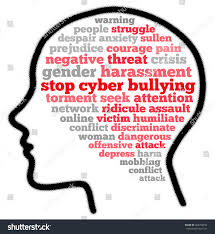 I always felt, being from the family of armed forces personnel, made me a lucky child as I could always run away from the class bullies after two- three years. But what about those who have to suffer being bullied by their fellow mates throughout their school days. With the onset of RTE and the classrooms being more heterogeneous due to the compulsory admissions of students belonging to economically weaker sections of society, it becomes more than necessary to implement strict explicit rules related to anti-bullying measures in our schools.
Let us all come together and pledge to make our classrooms places where the mind and heart are truly free from fear and where our children can make buddies…….

FROM CLASSROOM TO BOARD ROOM OF A KENDRIYA VIDYALAYA