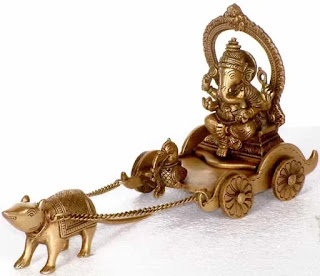 All of us enjoy the silly jokes related to the elephant and the ant. But when it comes to our favourite Lord Ganesha,we accept that the Elephant faced Lord uses a Mouse as his vehicle. Ever wondered how improbable this would seem to an outsider who has not heard the story about how a mouse became Lord Ganesha‘s vehicle.

So here it is: 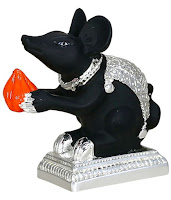 Once upon a time there was a Gandharva named Krouncha in Indra’s court. He was a very good singer and that made him a little arrogant. One day when a sage faltered in the court, he laughed and made fun of him. This angered the sage and he cursed him with the life of a mouse in his next birth.  As a result he immediately fell from the heaven and fell on earth near the Ashram (hermitage) of Guru Parashar.   As a mouse,he started troubling the pupils and sages in the Ashram. Lord Ganesha was also living in the ashram as Gajanan, a son of Parashar. Parashar asked Gajanan aka Lord Ganesha to help in putting an end to the mice menace. Gajanan set a trap for all the mice in the Ashram and when they were all caught, Krouncha as the leader of the gang,requested Lord Ganesha for mercy. Lord Ganesha accepted and asked what he could do for them so that they would stop bothering the inmates of the Ashram. In turn, Krouncha asked to allow himself to become the vehicle Gajanan used to go anywhere. He wanted Gajanan to ride him. Gajanan loved the idea and immediately reduced his size to suit fit in his new vehicle. 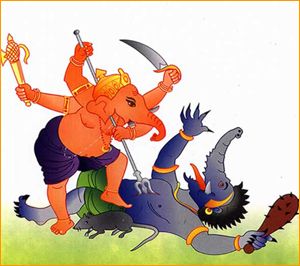 There’s another tale equally famous which also talks about how Mushakraj: the king of mice became the vehicle of Lord Ganesha.


Gajmukhasur was a demon who was a devotee of Lord Shiva. He prayed and asked Shiva for a boon that no god or human would be able to harm him. Being benevolent, Shiva granted it to him but warned him against its misuse. But Gajmukhasur did not pay any heed to the warning after he got the boon and he returned with enhanced demonic powers.  He began killing people and destroying their homes. Seeing this, Shiva was upset and he sent Lord Ganesha to control him, who then turned Gajmukhasur into a mouse.
And that’s how the Mushakraj became the vehicle of Lord Ganesha . 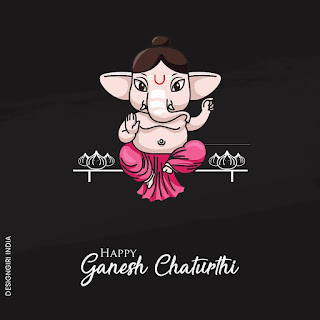 As they say, with great power come greater responsibilities,similarly in this story we come to know how Lord Ganesha tries to make “might” worthless as well as worthy with one stroke. When Krouncha and Gajmukhasur tried to become arrogant in their power or talent,he reduced them to the size of a mouse. And immediately after, he proved their worth to the world by using them to ride all over the world.
Such is the might and intellect of Lord Ganesha….
Happy Ganesh festival to all….

Lord Ganesha- The God of Beginnings

The Case That Shook Military Intelligence of India