0
SHARES
13
VIEWS
Share on FacebookShare on Twitter
Going by a past few examples of Indian female players, one Gold Medal in a reputed World Championship would mean taking a backseat till the next Olympics. Somewhere in between the Extreme Fame and Perseverance we find sport stars choosing a relaxed sports life rather than thinking about improving performances. But shuttler PV Sindhu’s recent win in the World Badminton Championship proved that Not Giving Up is the new attitude- the new in thing.
PV Sindhu 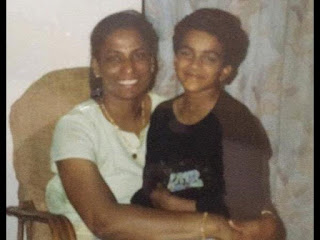 Post her Olympic Silver medal win in 2016, P. V. Sindhu became a household name in India. For a change one could afford to get hit by a feather weight shuttle instead of the bold Cork balls in the parking lots as children started to play Badminton instead of Cricket. An Economic Times report published in March 2017 said that she was second only to Indian cricket captain Virat Kohli when it came to earnings from brand endorsements.
2019 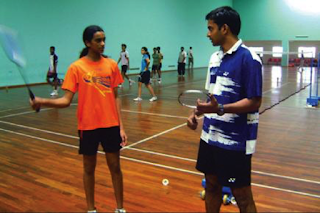 But this year in her very first tournament of the season the Indonesia Masters 2019 Sindhu lost to Carolina Marin in two consecutive games. In her next tournament on the home ground she lost in the final to Saina Nehwal, another three times National Champion. The All England Badminton Championship again turned out to be a big disappointment for Sindhu due to her loss in the very first round to the feisty Korean opponent. The saga of losses continued in the India Open, the Malaysian Open, the Singapore Open, Indonesia Open and then the Japan Open. The critics, social media reporters and users felt that her spark had ended and so was her Badminton career.
Badminton World Championship 2019 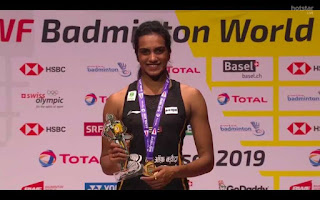 Imagine her situation when she entered the World Championship. Although she was fifth seeded, she had not won any final in this season. She had to give her best in each of the matches till she reached the Final where she was to face Nozomi Okuhara of Japan. Although she looked a little unprepared in some of the matches till the semi-finals, she won in straight two sets 21-7, 21-7 against her opponent. In the process she also became the first Indian to win this Championship. She wrote history and with that she also proved that Not Giving Up was the new Attitude. 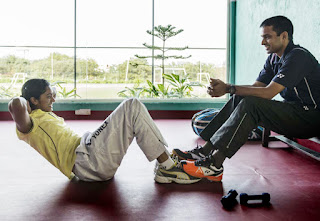 Imagine how difficult it is to lose and overcome when so many people in addition to your own parents and family members are watching over. In fact the whole country’s expectations are that she must win every single championship. There is no room for excuses or weaknesses. And in such a situation when you are failing again and again, it must be so difficult to keep up the pace.
Back to Childhood Days 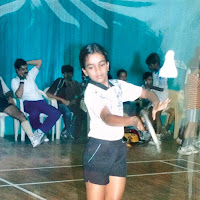 P V Sindhu started playing the game when she was hardly eight years old. With an elder sister who was also a Handball player and an Arjuna awardee father who played Volleyball, Sports must have been an integral part of the daily routine. But it’s not an easy decision to pursue sports professionally in India, keeping in mind the importance we give to Academics in India. It must have been a tight rope walk managing her daily practice sessions, back-to-back tournaments, commercial endorsements and if she gets time, some studies.
Not Giving Up 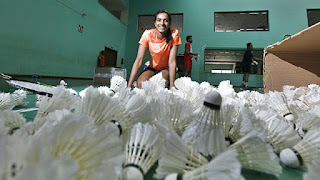 Every day while she saw the kids living around her getting up late in the mornings, going to school/college, then doing homework after coming back from school/college, attending extra classes at coaching centre and then strolling in the parks in the evenings doing nothing; she was running around with her gear the whole day from one practice session to another. It must not have been easy to get used to the Losses in the beginning. She must be upset about her first defeat. It must have been difficult to control emotions or let’s say not to try and show your disappointment, frustration and anger to others. The thought of Not Giving Up would not be so important then because maybe that was just the first defeat. 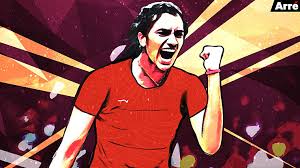 But what after you lose every tournament you play in this season? It must be very difficult to think about Not Giving Up! There must be a moment when Doubt on own abilities must have peeped in to her and her coach’s mind. Maybe that’s when they must have done some retrospection to understand the meaning of so many failures. Maybe it was to prove the value of coming so far and Not Giving Up yet. 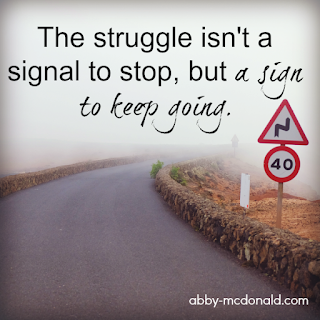 That’s exactly what every parent and kid needs to learn about sports, studies or anything you do in life: Not Giving Up is the right way to achieve success. And while I write this article I come to know that MC Mary Kom has been lauded as the Best Woman Athlete in Asia. Read more about this fighter Mommy in my next article. Till then I hope all of you parents are planning
Not Giving Up…..