Every housewife’s worst nightmare would be living in a house infested with rats. Oh! It is such a tedious task to overcome the damages done by the little monster to your precious clothes in the wardrobe, your classic paperbacks in the bookshelf and that favourite rug you bought from Srinagar. But the same little monster becomes a darling when you are trying to put your little ones to sleep. You show them the pictures and videos of the little mouse and your bundle of joy forgets all his/her worries and starts smiling back. It’s a mystery how that filthy little monster becomes the most beloved cartoon character for kids all over the world. The bond of love of mice and kids knows no boundaries such as languages, countries, cultures or age-groups. All the kids love the Walt Disney created Mickey-Minnie Mouse and would have danced to the tunes of Mickey Mouse Club House at some point of time in their childhood.
But this is not the only creation based on Mice which has attracted the attention of kids all over the world. In modern times, there are some more mice characters which have caught the attention of kids. Let’s take a look at some of them:

1.     Geronimo Stilton: The author of fa-mouse-ly funny adventure tales, Geronimo is the editor of the most popular daily newspaper: The Rodent’s Gazette in the New Mouse City. He is one meticulous, learned and brainy mouse who enjoys playing golf and telling stories to his nephew Benjamin. His name Stilton is based on the name of a famous English cheese and definitely tells us mouse readers/friends about the mutual love of mice and kids for all kinds of cheese. As suggested all the tales of this fa-mouse-ly mouse are whisker-licking-good tales. 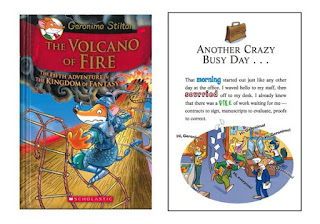 Why kids will love reading Geronimo’s adventures: The print type used in the book is interestingly unique as it mixes up all kinds of font types from a running cursive to bold comic sans. Words come to life with the font and meanings become so very clear and fixed in the kids’ minds. So sometimes you find the snow freezing and the volcanoes erupting when Geronimo is telling about his experiments at Benjamin’s school.

Geronimo doesn’t just tell us adventure stories; he also gives us information about interesting facts in life ranging from manners to methods of making cheese cakes to mummies. The book has everything that the mouse readers need to know about the New Mouse City, Geronimo’s office/colleagues and his family. The Rodent Emeritus is definitely a fab-mouse kids would love. 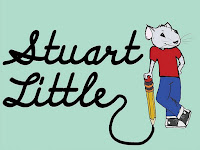 2.     Stuart Little. How often kids would have longed to have a white mouse as their pet and even better for them is a white mouse as their own little brother! Here we have a real white mouse joining the real Little family as one of them. It is fun watching them all go for a Sunday picnic, try and make a boat and do some fishing. And of course, the jealous little kitty trying to shun away the little mouse bro! The Little family looks like any other normal family with two boys and their concerns.
Why kids will love watching Stuart’s adventures: This story has both animated as

well as real life actors so it is not a monotonous cartoon film. Instead all of them: the human and animal characters look real and in fact, are real when they talk, sing or dance! This tale of mice and kids is worth seeing because of all the melodrama and human emotions displayed by the cats, birds and the little boys. 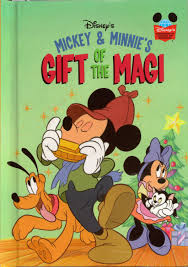 3.     Christmas Carols: Mickey and Minnie Mouse. There are so many animated stories of the most popular and beloved Walt Disney’s mouse creation: Mickey Mouse. With his obedient pup, Pluto; his girlfriend Minnie; his duck friends Donald and Daisy and others; Mickey is definitely the best mouse representation of a social animal called Man. All his tales describe his simple lifestyle and concerns. One of the best tales of the mouse couple is the one broadly based on the story of “The Gift of Magi” and that too, in the backdrop of Christmas. Both Mickey and Minnie try hard to earn some extra nickel so that they can buy some expensive things as Christmas gift for each other. Unfortunately, both end up buying gifts which are not useful anymore to them. But still the way they enjoy life and each other’s company is what makes the whole episode enjoyable.
Why kids will love watching Mickey: In this tale, Mickey is shown to be a pauper who has nearly no money to get a Christmas gift for his beloved Minnie. But he is not unhappy with life. Even when he doesn’t have time, he manages to perform and collect some things for destitute people.
Why these are the best mice characters?
These are the best mice characters in my opinion as they display the most important human characteristic of innocence and vitality due to which they appeal the most to kids. Also, these three mice are available to kids in three different forms that is: in books, in movies as a cartoon and as a real life image. This variety in their forms makes them more interesting and appealing to the kids. And, that’s why I am sure these tales will further continue the bond of love of mice and kids in future times.