Of Spies, Sex and Scientists

“You clearly don’t understand rocket science. There are no classified drawings and no drawing has gone out of ISRO. Even if some get the drawings, they can’t make such an engine without active collaboration with us for several years. If you don’t know, India doesn’t have a cryogenic engine; we are still struggling to make one.”– Nambi Narayanan  in his book Ready to Fire

In 1990s, India was trying to acquire the Cryogenic technology for use not in military matters but for boosting its own Space programme (for peaceful purposes). It had approached various countries such as Japan, France and US, without much success. The costs involved were enormous. It was then that erstwhile USSR agreed to transfer the technology to India. It was decided that Russian space agency Glavkosmos would not only transfer this technology but also provide 07 engines to India. USA not very happy with this union of India and Russia tried to impose some serious bans such as the Missile Technology Control Regime (MTCR) which stopped any sale/purchase and acquisition of Space technology esp. the Cryogenic-engine related which Russia did.

The current US Presidential candidate Joe Biden, had single-handedly seen to it that the “Russian leaders ….recognise the wisdom of stopping this sale once they see the risk of losing their economic aid….This is no minor sale; this is dangerous.” He had told a famous daily newspaper. Those were the days of post Cold War and KGB was not that strong any more.  The disintegration of USSR into smaller and economically not so strong nations led to Russia cancelling the whole transfer of technology as well as the sale of engines. As a result ISRO decided to indigenously produce the technology and the engines in India.

Once you eliminate the impossible, whatever remains, no matter how improbable, must be the truth— Arthur Conan Doyle

In 1993, ISRO established a selection panel for short listing a team of scientists to visit Russia to study the prospects of cryogenic technology acquisition. A member of the Selection Panel, Nambi Naryanan, the head of 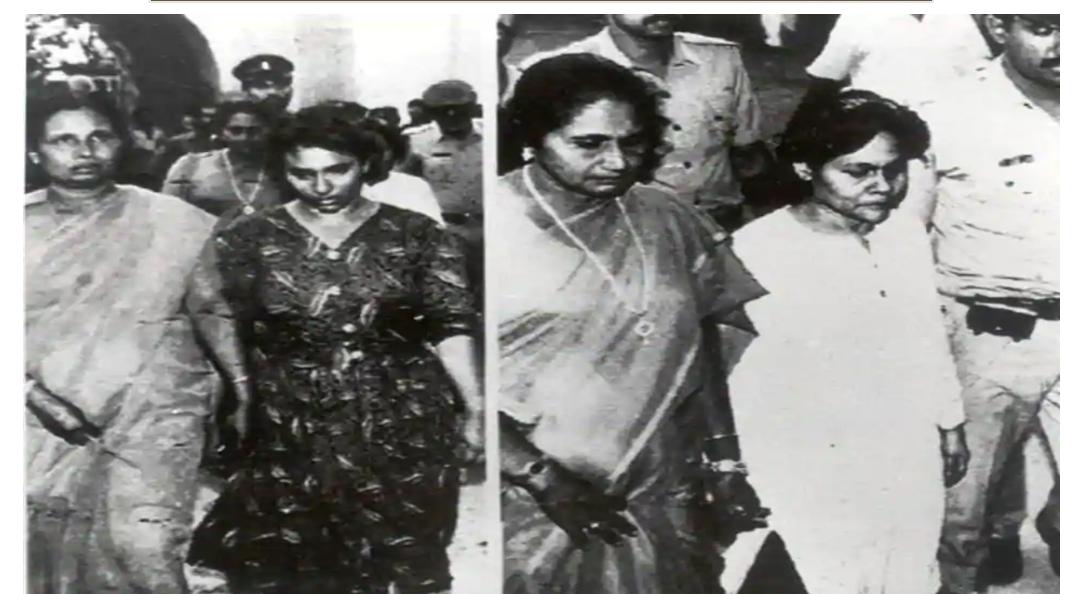 the Cryogenic engine department and the driving force behind ISRO’s use of “liquid Propulsion technique” decided to step out of the panel. Reason being another young Mechanical Engineer with an impeccable track record till then and was also being tested by the Panel: S Arunan was his own son-in-law. So in his opinion, this would lead to conflict of interest. Arunan did get selected but due to certain inter-departmental politics, Nambi advised him to move to another research institution. 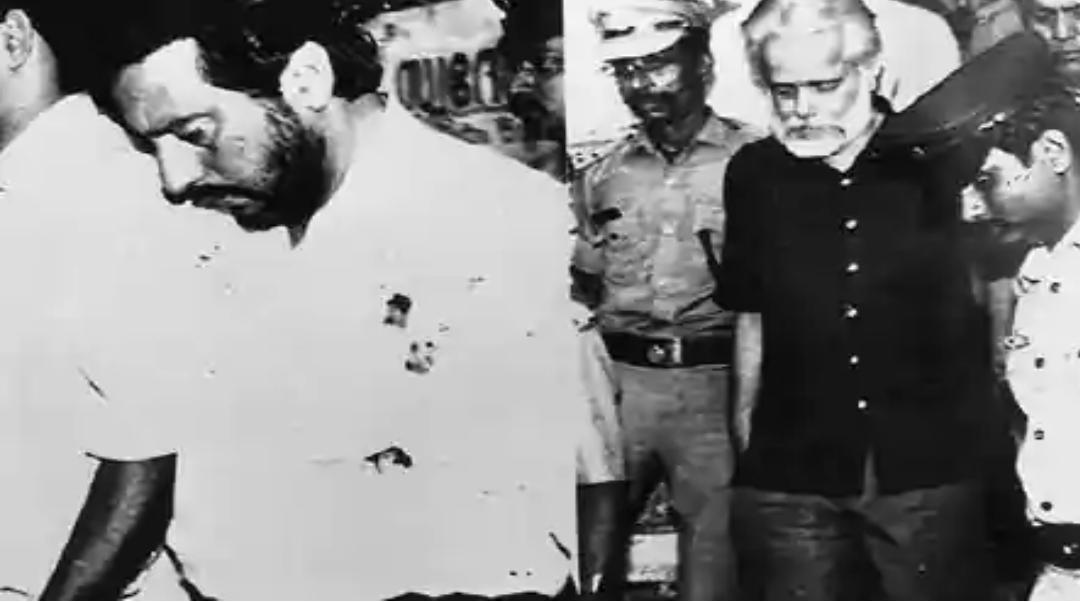 Nambi Narayanan till then had the reputation of being an honest, extremely professional and assertive scientist who would leave no stone unturned to initiate ISRO’s trials of liquid propulsion systems. An upright scientist who went out of the way to save the lives of his team members and their families while working on a project in France; a completely family-oriented man, suddenly on 20 October 1994 was booked as a “SPY” under the Official Secrets Act by the Kerala Police.

What is the Official Secrets Act?

The Indian Official Secrets Act (Act No XIX of 1923) was extended to all matters of secrecy and confidentiality in governance in the country. It broadly deals with two aspects — spying or espionage, covered under Section 3, and disclosure of other secret information of the government, under Section 5. Secret information can be any official code, password, sketch, plan, model, article, note, document, or information. Under Section 5, both the person communicating the information and the person receiving the information can be punished. Also, OSA itself does not say what a “secret” document is. It is the government’s discretion to decide what falls under the ambit of a “secret” document to be charged under OSA. It has often been argued that the law is in direct conflict with the Right to Information Act, 2005.

The ISRO spy case  remains to be one of the most infamous high profile case where a diagram of some components of the rocket technology were said to be sold by Nambi Narayanan along with his associates to Pakistan in lieu of the sexual and monetary gratification.

“Engage people with what they expect; it is what they are able to discern and confirms their projections. It settles them into predictable patterns of response, occupying their minds while you wait for the extraordinary moment — that which they cannot anticipate.”― Sun Tzu, The Art of War

The ISRO spy case led to the downfall of a very powerful Chief Minister and his prized Police officers. On national platform India’s trials with the cryogenic engines got stalled to such an extent that we took three decades to launch our very own, indigenously manufactured rockets.  If we consider for a minute that all this was the result of just one policeman’s sexually charged vindictive actions or a section of local political/bureaucratic leaders’ ambitions, then we will be undermining the importance of this whole exercise.  The way this whole saga of “spies, sex and scientists” evolved in 1994 it clearly points out to certain situations which are very unlikely in a normal investigation in a case of espionage as outlined below:

The flaws in the ISRO spy case

Surprisingly, in case of the ISRO spy case, nothing went as per the regular handling of espionage cases. The very fact that it was unearthed by a state Policeman without the involvement of any Intelligence agency of the country confirms that it was a fake case. Secondly, it also shows how the national resources, power entrusted by the Public offices and the colonial rules such as Official Secrets Act1923 was misused to frame serious charges against our very own best brains.

The ISRO spy case is an eminent example of the fact that outside agencies have been successful in penetrating through the rank and files of our space research agencies. It also proves the extent to which they will go to completely eliminate India’s attempts to become #atmanirbharbharat by the way Kerala Police and other Intelligence agencies went on to interrogate and blame scientists from Russian Space agency and Ural Airlines in this espionage case. Even after the government received a joint letter from not one not two, but five leading scientists who tried to prove how the whole saga of “spies, sex and scientists” was a fabrication of some individuals, the government hardly took any notice.

This case does not speak of only an apathetic approach of the Central government, in fact it actually feels that there has been a very planned and methodical attempt at thwarting India’s Space Research Program.

In order to understand all this we need to go back in time and look at the data recently submitted by the Indian government regarding the accidental/mysterious circumstances in which many Indian scientists have met with a tragic end. The malady starts with the accidental yet mysterious death of the Father of “Nuclear Science” in India. Then came the sudden death of Vikram Sarabhai, the father of “Space Programme”. This was not the end. These tragic deaths were followed by many other deaths of scientists: some died at home, bodies of some others were found on railway tracks. Government termed all of these together as accidental deaths. But these are not accidents neither are they coincident. In Post-Cold war era, instant murders  were the order of the day. With time and disintegration of erstwhile USSR, the methods changed and exploring the local options favouring weaknesses revolving around MICE: money, Ideology, coercion and Ego were sought by various Intelligence agencies. In India, the existence of varied Intelligence agencies and colonial laws such as the Official Secrets Act 1923 were easiest tools to implicate innocent pioneers in Government organisations vital for India’s development.

The ISRO spy case stands out in espionage cases because it also marks this paradigm shift in the way external agencies tried to thwart India’s indigenous program in Space Technology. No government Intelligence Agency has ever tried to corelate all these incidents and arrive at a conclusion about :

With Joe Biden coming up as the Presidential candidate in USA, it is very important to once again connect all these dots and try to answer the most important question: who benefitted the most by stalling India’s indigenization program in space technology? The answer is obvious. After the disintegration of the erstwhile USSR, there was only one major Superpower which used the Cryogenic technology to power its rocket technology. After neutralising its arch enemy, USA tried to discover new markets in Asian subcontinent and Africa. If India became successful in its indigenisation  of space technology, it would be detrimental to US’ arms deals with other countries of Asia. US found out an easier way to delay the whole process by  removing each and every “brain” which could take India even a small step ahead in getting its rockets made indigenously.

Nambi Narayanan was the last pioneer who believed in a pathbreaking transition from solid propulsion to liquid propulsion technique. The internal Intelligence agencies’ shabby treatment in case of Nambi Narayanan’s case proves their unpreparedness and Nambi’s innocence. Similarly the appropriate timing and its damaging consequences on India’s indigenisation of Space programme proves this was something akin to a very systematic and long-term policy of certain International powers. The recent rise of Joe Biden as a prominent Presidential candidate proves the fact that India needs to provide more security and seriousness to the the lives of its crucial “human resource” such as its Scientists. In case India wants to go ahead with its “Made in India” programme

in Space technology, it needs to collect and reassess all the dots related to the success of  various accidental, coincidental and fake cases of “spies, sex and scientists” in Space Technology.

THE SHE I LOVE