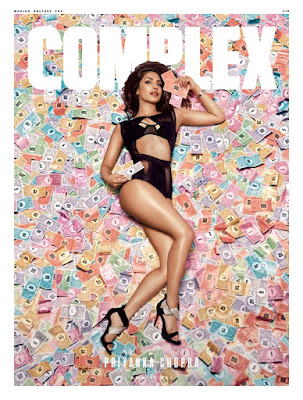 Piggy Chops’ father would have been proud of her today. She became the second most beautiful woman beating Melanie trump and some others such as Gigi Hadid. She was felicitated as the artist Extraordinaire during the Zee Cine Awards a few days back. Page three of national newspapers has everyone from cousin Parineeti to colleagues like Irrfan praising her acting skills and talking about how she’s taking her Indian talent to global stage. For those who don’t follow the no more Idiot Box’s daily soap operas, we are talking about Priyanka Chopra featuring in a serial named Quantico on Star world. Priyanka portrays the character of an FBI agent who is alleged to be a dangerous terrorist. People are praising how the new era heroines are experimenting with new roles and opening new opportunities for Indian talent.
Hold on a second; let’s run through the journey of this artist, first. She started with her victory in the beauty pageants and went on to win meaty roles in many commercial Bollywood movies. She continues to excite the viewers with her attempts to experiment with her own acting skills, once in a while with movies like Barfi. Recently, she gave her followers a pleasant surprise with her music album Exotic. And now we have Quantico, a daily soap on a leading American Television Channel-Star World. Many of her Industry colleagues are calling it a great success-what a leap her career has taken, they wonder.She still confessed “You can take the girl out of India but you can’t take India out of the girl!”Very true. For us Indians even a short stint on American television amounts to a success story! 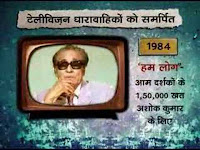 Movie artists doing television can be traced back to Dada Muni narrating the story of Hum Log, Amitabh Bachan/Shah Rukh Khan hosting KBC. There are various genres of movie artists doing television. Some like Shah Rukh Khan/Salman Khan have tried to host Hindi versions of popular Anglo-American serials such as Kya aap panchvi paas se tez hai? /Knock Out/ Big Boss. Some like Karan Johar, Anupam Kher and Simmi Garewal, who conduct talk shows for their so called chaddi buddies. Some others who are always judging celebrities to amateurs to tele stars like Malaika Arora, Madhuri Dixit, Sonali Bendre, Annu Malik, Kiron Kher, Archana Puran Singh Farah Khan ….the list just goes on. But, recently Anil Kapoor as a cop in 24 and Amitabh Bachan in Rann have shown that mainstream Bollywood actors are interested in doing serious television serials on a daily/weekly basis. 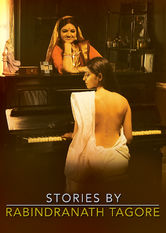 We also have some serious directors like Anurag Basu doing television. He directed short stories of Rabindranath Tagore on Epic channel which he says he has specially done for those who don’t watch movies. None of the big Bollywood maestros feature in his episodes (except a few like  Radhika Apte who is trying all kinds of media ranging from web stories to television so can’t truly symbolize the Bollywood band wagon). Priyanka Chopra aka Piggy Chops has gone a step ahead and grabbed the lead role in a daily soap on American TV. Looks great for her. Is that actually the graph of growth for an Indian artist?

Does it say that we in India lack in providing our talent with the opportunities that the global world is providing? If that was the case, we wouldn’t have had the honour to showcase Court, Killa, Talwar, Masaan and many such masterpieces. Yes, more often than not we are stereotypes with our Dance Basantis and London Thumakdas. But, we must agree that times are changing, movies are experimenting, audience is more receptive, and the whole experience of watching movies is changing. 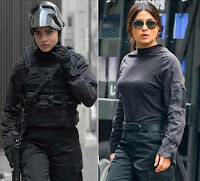 And in such times isn’t it more challenging to stick around and back up such talented amateurs than go overseas to do mundane `pity me, I am the wronged one and I will prove that’ melodrama in American, for a completely unrelated audience. Not to forget, Mrs Chopra’s (Priyanka’s mommy darling) production house has started to sponsor movies in Marathi with rising artists. Priyanka, for once has proved that there is a difference between artists of yonder years and the Generation Next. Artists aren’t emotional fools, anymore. They are smart, money-making franchisee holders who know how to exploit their sale ability till they own it. Brand endorsements, wedding performances, television appearances it’s all good as long as the money keeps flowing. No wonder, theater doesn’t feature in this list. But don’t be surprised if Broadway does. Growth, challenges can take a backseat for a while.

Back home, ask any other housewife, it’s just like any other crime thrillers NYPD, Blacklist, Hawaii-O-Five. They all seem similar. Just as our own Hindi daily soaps, be it Kumkum Bhagya or Qubool Hai. You won’t miss much even if you don’t see them for a fortnight because there’s hardly anything new happening. It’s time to deconstruct and remind people of Bard’s opinion “ What`s in a name”-Quantico or Qubool Hai-daily soaps aired on Indian ,Korean as well as American Television are the same. The only respite may be that some are seasonal whereas some others seem to go on for ages.

WHAT’S IN A NAME!
QUANTICO OR QUBOOL HAI-TELEVISION IS TELEVISION