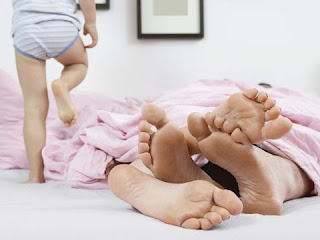 “I always end up on the corner in the morning even when I sleep in the middle at night.” I heard an 8 year old kid telling her friend one day in the park.
Making the child sleep alone in her room has been a very difficult task of my parenting experience. Somehow I was unable to do it for a long time as my daughter coaxed both of us into letting her sleep with us on the pretext of her room being colder, not so interesting and frightening, at times. Also, till date she insists on sleeping in the middle whenever she would sleep with us. I kept on telling her stories from my childhood about how I and my sister were given two separate beds to sleep in from very early age. We used to weave stories with the shadows created by the torch light flashed under the blanket; sometimes it was the pleasure of reading a Malory Towers episode which we couldn’t keep down till we reached the end; at others it was some adult movie which our parents didn’t want to see late at night. All kinds of fun we did while sleeping on separate beds in the small room next to our parents’ bedroom. 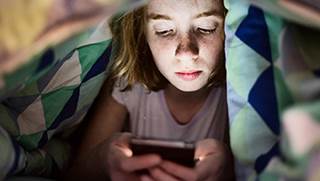 Gradually I managed to make her agree to sleep alone in her own room. In Indian metro cities many households may not permit the parents to provide their kids with the luxury of a separate room. This space constraint also becomes a big reason for all the family members especially the kids and the married couples to sleep in the same room or worse in the same bed for a long time. In such cases, the permanent arrangement is done based on the genders distinction meaning the girls sleep with the grandmother or the mother while the boys sleep with their fathers in the courtyards or balconies extended as the terraces. In colder regions like the North and the North east, the whole family gathers around the warm blowers or heaters at night. 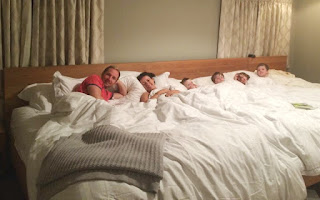 Such arrangements force the children to witness the sexual intercourse between the parents frequently from an early age. At times, they also start to imbibe the same sexual habits as that of their parents. In some odd cases, when the parents are not in favour of doing it while the children are around, it leads to a feeling of dissatisfaction creeping into the marriage and the family relationships. Either the couple finds a way outside the house to satisfy its needs or they divulge into other ways to satisfy their interests. In both the cases, the family life does get disturbed. It may not lead to immediate or extreme measures such as divorce or separation; but the physical attraction between the parents does start to wither. There are some such households too where physical proximity is highly promoted and hence the whole family sleeps in one room and an extended bed. Even if the children yearn for their own space; sometimes the mothers find it difficult to wean the children.
Letting the children sleep alone in their own spaces does have its own advantages. Most important, child learns to respect its own body. The importance of privacy, independence and courage also gets imbibed in due course of time. The habit of sleeping alone can be initiated through some simple daily routines which parents can follow as a ritual when the children start going to a play school or nursery. 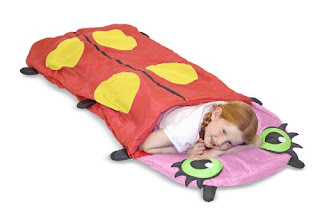 Try to finish the homework, play and supper by an early hour in the evening. After that ask the children to brush and change into clean night clothes and tuck them into the bed. Sit next to them with their favourite story books and read aloud a story to them. While you read the story try to talk to them about whatever happened that day. Encourage them to plan about what will happen tomorrow in their school or at home. Slowly ask them to close their eyes and just listen to the story you are reading. If they are younger and eager, sing them some lullabies.  These will help them to get into a peaceful sleep without feeling anxious or scared. As the routine sets, replace the read aloud stories with other methods such as some audio-video animations or lullabies. Remember this time of the day should be the happiest yet less active time they spend with you. You can take some help of nice children centric décor for the room, such as cartoon featured night lamps, bunker beds or rugs and some stars shining on the walls.
The whole exercise may not last for more than 15-20 minutes in the beginning and come down to 5-10 minutes as they grow up but the bond you create during this time will be what the child will carry on for the lifetime.
And don’t forget to say
“Good Nite! No bed bugs bite!”
Happy Parenting!