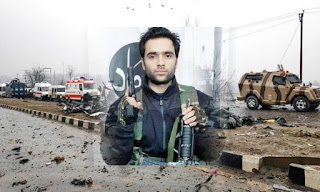 Last week we saw a lot of violent action leading to deaths of warriors and terrorists, both in the line of their duties. Feelings of Grief could be experienced by all. In addition, we also saw people asking for revenge. “KHOON KA BADLA KHOON SE LENGE!”(Revenge of the deaths of the fallen heroes will be taken) Sentiments of similar kind were echoed by people of different cities on television channels. At the same time, some channels were also showing the scene at the Suicide Bomber’s house. His parents and relatives clearly denied of being in touch from past few years. But, the grief was visible here too. They could not shed a tear with pride of having lost their son to a valid cause. Alas! They would not have dreamt of such a death for their son, for sure. 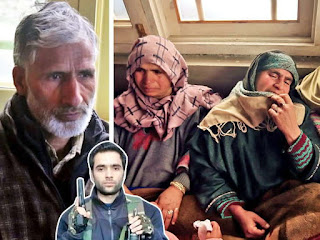 For many mothers in J&K, life is not normal as they struggle between being Half-widows and Full (time) mothers to their sons and daughters. If luckily, fathers or other male relatives are alive, it is still difficult to not take sides if you want to earn your daily livelihood. So the only option left is to send your children away from home or education and then jobs. But this is not the option for all. Due to their nature of work, emotional ties to birthplace or mere ignorance; many Kashmiris are not so keen to migrate to any other state. So, how do you engage your school-going children when the schools are closed down for long duration due to some or the other reasons? You let them go around surfing the internet; lashing out their anger on Face book/Tweeter or YouTube and earning nothing!
Or you have much better options such as to make them:
CHILD SOLDIERS! What is that? 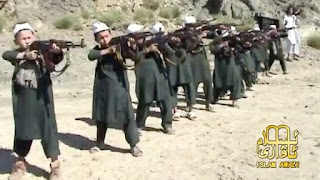 You let them move around in “school uniforms” and resort to (to start with) stone-pelting which gets them paid a decent amount on a daily basis and there is full guarantee of them returning home alive. Because the Indian Armed Forces still respect and restore the Human Rights even in areas of conflict. What is much better than this, send them to get brainwashed in Fundamentalist camps and become SUICIDE BOMBERS. The priests claim this way one would attain complete peace for the whole community. What is more fruitful than being of use to your community and GOD!
SONS WITH GUNS 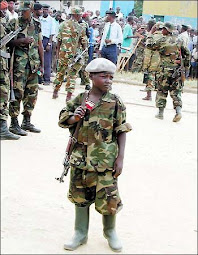 Mothers, Fathers, Responsible Parents! Please listen and help to stop this intentional murders and bloodshed through our own children.   History has a lot of examples where the more developed and affluent countries have used slaves or hired soldiers to win their battles in harsh terrains. Outsourcing of armies has been a common feature of wars in the past. With changing times, the variety of soldiers outsourced is also changing. There are recent evidences of using CHILDREN as young as 14 years old as SOLDIERS in areas of conflict. The advantages of doing so is definitely because their productivity is for a longer duration, there are less economic burdens in training and rearing up children as soldiers for short durations. There are less liabilities for the rulers if their soldiers are not their own and as young as 14 years old.
AFTERMATH OF CONFLICTS 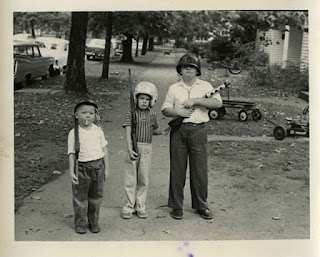 But imagine, what happens to these children IFthey survive the conflict? Imagine how they live with a completely stolen childhood! Definitely there will be no will to live in society; neither will the society accept them. And with no social skills will it be easy to learn normal academic skills or get a normal job to do rest of your life? They will definitely be addicted to heavy sedatives, stimulants or drugs. And even if you try to rehabilitate them, the scars of the bloodshed/violence they have experienced will lead to PTSD or Depression or other mental diseases.
Think and tell me: Is it really worth having such SONS WITH GUNS, parents? I am reminded of an old poem describing a mother’s strong resolve to not cry over her beloved’s death in war only because of her love for her young son. But I can’t imagine what would be her feelings on finding out the same young one to grow up to be blown up as a SUICIDE BOMBER for a wasted cause!
“Home they brought her warrior dead:
She nor swooned, nor uttered cry:
All her maidens, watching, said,
‘She must weep or she will die.’…………….
Yet she neither spoke nor moved…………..
Yet she neither moved nor wept………………..
Rose a nurse of ninety years,
Set his child upon her knee—
Like summer tempest came her tears—
‘Sweet my child, I live for thee.’”
Alfred Tennyson
I ask all parents of such SONS WITH GUNS: Was this sacrifice worth it?