by Sqn Ldr Vidula Abhyankar Retd
in Others
186 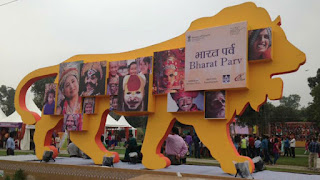 26 January, 15 August and 02 October: a few days termed as National Holidays in India are some much looked forward to holidays, not because of their national importance but more because they offer a compulsory leave from the hectic routine of most of the working couples. Very few parents send their children to school on these days as they plan some fun at home or outside with family or friends. If the days happen to be in between a week then most of us plan a lazy morning with breakfast in bed followed by some movie screening or shopping at the nearby malls. Some cleanliness freaks like me, look at it as an opportunity to arrange the cupboards, vacuum the carpets and blankets and remove the cobwebs. 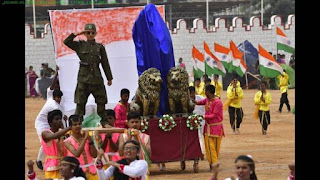 What about the children?
Maybe if they are part of some cultural/co-curricular activity in school, we send them to school. Or else, in most of the cases we let them laze around, play with their friends, watch TV or finish their home works. 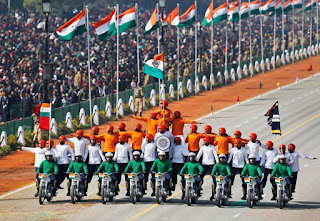 With passing years the importance of the struggle of our ancestors and the reason for celebrating these days as National Holidays is fading. It is different with the festivals because we are still a society bound by religion so in some or the other way, the festivals are celebrated in pomp and splendour.  But it’s not so with the Independence Day or the Republic Day anymore. Also, the so-called ‘evils’ of unplanned city lives has made it further difficult for the younger generation to acknowledge the pains taken by earlier generations to build the country.

We can make a change, once in a while and combine our pleasures with our responsibilities as citizens of India. Living in the metro cities like New Delhi and our capital cities this cannot be difficult. Once I got an opportunity to attend the Republic Day parade with my 7 years old nephew. And we made the most of it. We talked about our National Emblem and other National signs and objects. I taught him a little bit of Vande Mataram and he recited the National Anthem with me. 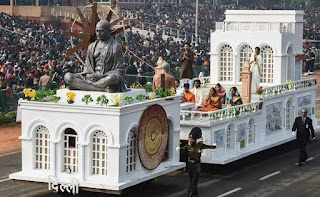 While we sat down to see the parade, he made friends with some other children sitting next to him. He saw the political dignitaries from the country and outside come to attend the parade. He saw the magnificent soldiers and policemen march past the Raj path to salute the President. Then, there were beautiful facades made by different states and institutions. And after that we witnessed the various bands and children dancing on the tunes of folk songs from various states.
But what impressed us the most was the daredevils from various arms of the Indian armed forces, such as: the soldiers on Bikes riding together in formations; the Suryakirans and Sarang Aerobatic Flying teams from Indian Air Force and of course the Brave Children who were sitting on Elephants. Yes we had to get up early in the morning, walk a lot of distance to the seating arrangement and could not eat/drink anything for a very long time in addition to sitting in sun without any cover. But we found it worthwhile because the impact it created in the young mind of my nephew was long lasting. And as a result of his good behaviour, he got a treat from his grandparents. 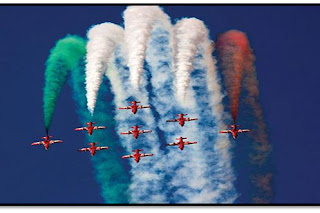 Not every one of us would be able to go to New Delhi for attending the parade every time to create the feeling of patriotism in our children.  We can try to do the same by sitting at home at watching the parade on TV or in our mobiles. But more important is what I keep saying again and again is to Make Memorable Moments for our kids so that they remember what the day means to all of us. I do not mean by saying this that you suddenly, wake up on this Sunday and after reading this article cancel the plans of going and watching the movie Manikarnika. No.

Instead, take help of the movie and let your kids ask you questions about the struggle for Indian freedom. Patriotism is not something which can be instilled overnight. Also, it is not a dormant feeling too which comes to life on these few days. The feelings of nationalism can be generated slowly and steadily in your daily life.  We can take the help of some interesting games such as “Show and Tell”, Pictionary; show Movies of nationalist fervour or tell them interesting stories about freedom fighters or how you celebrated these days in your childhood. Do tell them to be proud of their country because what a nation gives to a kid is: An identity and the Freedom to carry that identity.
Happy Parenting!