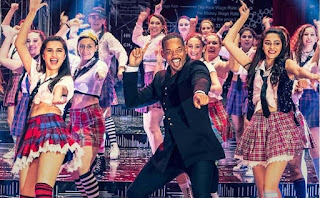 I don’t know where to start after watching a slow and steady narrative of so-called young and crazy Student of the Year 2. I wonder about the brain drain being really true about Indian Film makers when others succeed to make impressions on our minds with mundane topics such as the Kesari and Tashkent Files! What’s wrong with the blue-eyed boy of Dharma Productions! Has he lost his Midas Touch? One after the other big budget films with big popular star-casts fail to evoke any pleasure in the audience. Why is it that once again Dharma Productions fails to appeal through its latest Bollywood creation:Student of the Year 2? 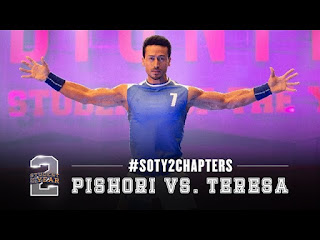 Let’s start at the very beginning: Although he is my personal favourite for doing comedy and action in his Baghi sequels; who can conceive Tiger Shroff to still look like a Student of the year? Similar is the story about the other students of the colleges in Dehradoon and Masoorie, where the story is set. The whole movie revolves around the protagonist Rohan played by Tiger Shroff and his dream to be together with his girlfriend Mridula aka Miya. The only thing that divides them apart is their colleges namely Pishorilal and St.Teresa.

1. Stereotype Scenes: What else would you
expect when a middle-class boy enters a “Hi-Fi” 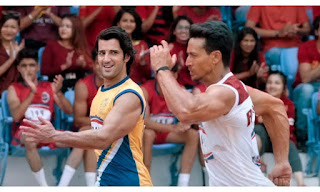 convent? Similar to the objections raised by people criticising RTE admissions in private schools voiced we find in the Student of the year 2; the staff and students of St.Teresa holding against the protagonist who happens to be from a middle- class family.  It starts with the kind of shoes Rohan wears to the kind of boys he calls friends: the boy is made fun of for everything that he does. And to add to his sordid tale are the brat-rich siblings Shreya and Manav whose father is the Trustee of the college. The siblings again are poles apart for which their father’s behaviour is responsible as he calls the daughter “manhoos” for being the reason for her own mother’s death! As a result the girl is reprimanded by the father with a tight slap in the Principal’s office for a silly prank she plays on Rohan’s bike. 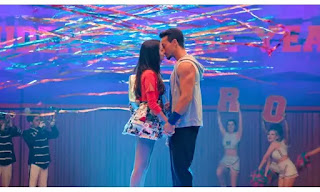 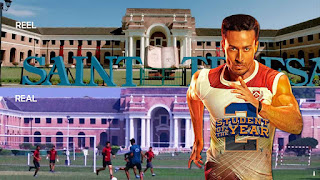 2. Illogical Reality: The whole story of the movie Student of the Year 2 which revolves around the prestigious Dignity Cup competition held between all the local colleges of Dehradun sounds so unrealistic and illogical as even a normal city-level college fest gives equal weightage to all kinds of skill-sets starting from oratory skills, technical skills to other skills; whereas this competition seems to revolve around only two kinds of skills: Dance and sports. Similarly, the very name Dignity being used for the prestigious competition in which all undignified actions get glorified instead of even being noticed by the so-called administrators!In the earlier movie of the franchise, there was an element of academics in their competition,while in this one the aspect is completely dropped. Also, students getting beaten outside the college campus gets reported while the protagonist and later on his friends getting beaten in front of the Hall of Fame inside the college during the competition of Student of the Year 2 goes totally unnoticed by any of the staff. 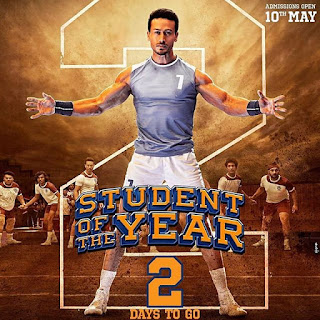 3. Superficial Nationalism: As I articulated in my previous blog on Kalank, in this movie too there seems to be a very clear indication to invoke nationalism through making Kabbaddi as the final sport of importance for winning the Dignity Cup and the title of The Student Of the Year 2. Unfortunately,the director fails to depict the game of Kabbaddi impressively as its “Desi” terms and techniques are done away with while the players are shown to be more inclined towards gymnastics than the more popular Dubkis and Super Raids of Kabbaddi. The cheer leaders and the movements of the team players make it more like a Basketball League match than a Pro-Kabbaddi feast.

In the end,what comes to my mind is only the mediocrity of the concept, script and its execution when it comes to talking about Student of the Year 2. The songs and dances, (except one odd song such as the Remix: Yeh Jawani) as well as the costumes and cinematography  do not tell  us anything more about the characters and fail to enhance the whole experience. Similar is the tale of the acting skills of any of the artistes. Those who can do it well are not given the liberty to excel except for a few scenes. The movie Student of the Year 2 remains an appalling Desi Cocktail of characters picked out of Jo Jeeta Wahi Sikander and the Archie comics.

We are seven: Parents vs Siblings