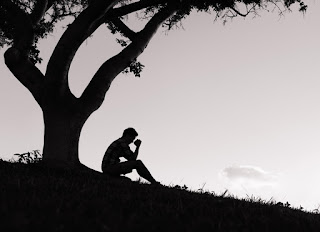 The Netflix show “13 Reasons Why”aired last year prompted considerable debate over how the show prompted some vulnerable young viewers to commit suicide. The show depicts the suicide of a teen girl, who posthumously narrates, explaining how others contributed to her suicidal intention. As a mother I could still not make my mind to watch the series although I did download it. Though the show has got into lot of trouble from psychiatrists, pediatricians and health organisations like WHO, one thing that’s good about 13 Reasons Why is that it’s opening up awareness and conversation about issues that are typically hard to talk about, especially between adults and teens.
Suicide is a desperate attempt to escape suffering that has become unbearable. Blinded by feelings of self-loathing, hopelessness, and isolation, a teenager can’t see any way of finding relief except through death. But despite their desire for the pain to stop, most suicidal people are deeply conflicted about ending their own lives. They wish there was an alternative to suicide, but they just can’t see one. That’s when a suicide attempt occurs. 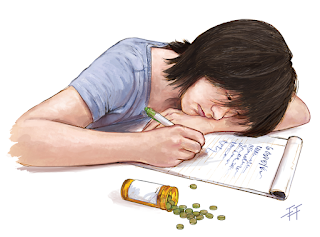 Teenage suicide is a serious and growing problem. The teenage years can be emotionally turbulent and stressful. Teenagers face pressures to succeed and fit in. They may struggle with self-esteem issues, self-doubt, and feelings of alienation. For some, this leads to suicide. Depression is also a major risk factor for teen suicide.Untreated mental illness, especially depression, is the leading cause for suicide. Many teenagers who commit suicide suffer from untreated depression resulting from difficult life experiences. These life experiences might include family changes or illness, loss of family or friends, and feeling lonely, helpless, hopeless or depressed.
Warning signs to look for in Teenagers
Though the act to attempt suicide is often impulsive, teens also offer warning signs. Here are some signs to watch for:

·         Hopeless talk. Phrases like, “Would anyone even miss me if I were gone?” or “It would be so much easier if I wasn’t here,” are worrisome and should prompt you to seek help.
·         Social isolation. If your teen stops hanging out with friends, drops out of activities they previously enjoyed, or is spending a lot of time alone when they previously didn’t, be concerned.
·         Giving away items that have meaning. If your teen gives away items that they previously would have never parted with (such as a favorite article of clothing or an electronic device they frequently use), ask what is motivating them to give these things away.
·         Displays of depression on social media. Monitor your teen’s social media postings. Periodically look at their account. If you see posts that worry you, tell them you’re concerned.
·         A previous suicide attempt. This is the number one cause for concern. If they have previously attempted to end their life and are continuing to struggle, seek help immediately.
Signs that suggest that the teenagers may have an actual suicide plan 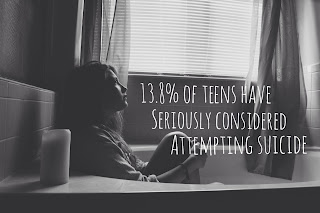 How can parents help? 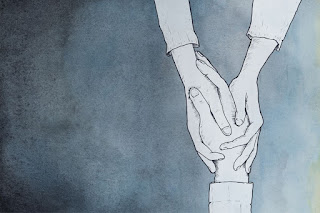 ·         Tell them you’re worried. A comment such as, “I’ve noticed you’re not engaging with friends and have seemed hopeless. This worries me. Let’s get help so you can feel better.”
·         Consult a professional. Take your teen to their medical provider for a depression screening and find a therapist.
·         Escalate to be safe. If you’re worried that your teen is suicidal and you can’t keep them safe, take them to an emergency health service centre for an evaluation.
·         Remove firearms from the home. People who act to end their life often do so impulsively. The time between the thought and acting on it can be as short as a few minutes. For this reason, it is important that if your teen is struggling with thoughts of suicide, take them seriously, and remove objects such as knives, poisons, firearms from the home. 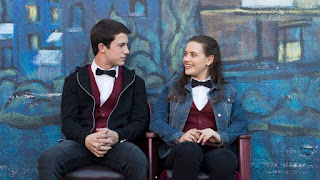 Regardless of your feelings about a TV series, teen suicide is a painful reality that absolutely needs to be discussed. Overlooking this issue simply will come at too high of a cost for too many teens and families each year. Talk to your teen children about suicides and let them know you’re concerned if they are worried, stressed or feel low.