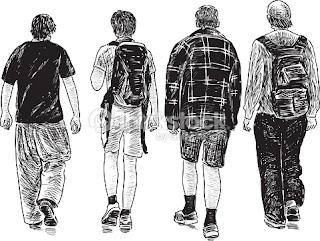 The death of one more adolescent.
Mumbai editions of newspapers and social media are abuzz with the motive behind the act which prima facie looks like a suicide.
As a mother I just pray to God to give strength to the family because this end of their loved one marks the beginning of another journey: the guilt ride.
The media discussions and the police procedures will be over within a few days But what would remain after that would be the actual agony of shouldering the guilt.
We provided for all his needs and wishes.We lived together. We went on holidays together, we clicked selfies, we posted on FB. Still he decided to leave us behind.
Was it because of me? Was it because of you?
Was I too bossy or too nagging one?
Was I really careless, ignorant and self centered mother?
Were you too involved in your department’s Rajniti (politics)?
Did he want to say something?
Was he troubled?
Were his friends troubling him?
Was he jilted/ rejected in love?
Was he being bullied?
Was he taking drugs?
Was he unhappy with his higher education choice?
Did he feel he wasn’t able to meet our expectations?
Was he suicidal?
Were we too harsh with him?
What did he feel when he jumped from that 22 storey building? Did he ever think about talking to me? or to you?
The world feels we are two very ambitious people neglecting our responsibilities towards our family.
Is that so? We conceived him. I gave birth to him. We looked after him, helped him to grow and now when he was independent, why is everyone blaming us for his decision?
What went so wrong that he couldn’t confide in us?
The guilt trip every parent in such a situation goes through. The worst that could happen to any parent left behind after his/her child’s untimely death. An accident/ a mishap would still give the parents a different reason to believe in the tragedy and move on. But an Adolescent’s SUICIDE….. really traumatic.All the emotional and physical investment in the child’s well being comes to a sudden end. 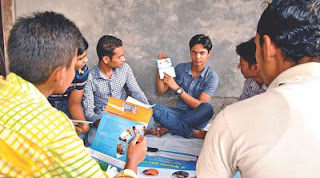 Adolescence is an important phase of a young one’s life. The physical as well as mental changes in the body, mind need to be introduced and tackled from the onset of puberty itself. The school administration, the teachers, the society as well as the parents need to contribute to make this stage happy for every child. Is Indian modern society actually ready to handle this challenge?

With life, performance, achievement, success and failures being so important in today’s life, are we actually preparing our children to handle the pressure or are we leading them to become victims of the pressure?When I was a full time working woman, I often heard my colleague’s wives telling me how my daughter was more independent than their sons who were so dependent on them for everything. When I left my job, I felt I had neglected my little one for so long, that I started doing things for her which she had already learnt to do herself. In fact she enjoyed doing them herself. That gave her a sense of being a grown up.
But with it also came my extra expectations from her. I always wanted her to be clean, neat and tidy.  She was always supposed to be ready to listen to me and follow my orders while her demands could wait, be postponed or even forgotten. Whenever my husband had a reason to party, she had to   appear to be happy and party. Whenever I had my friends over tea at home, she was supposed to be quietly playing in her room. But when she felt like partying or sleeping or studying, it had to depend on my moods.
When I saw what I was doing to her, I realised what was going wrong. She was not my topmost priority. What she needed was not my 24 hours physical presence but my involvement with her. She wanted me to enjoy with her, to cry with her, to consider her to be that grown up with whom I could share everything. It immediately reminded me of the various roles we had to play and reverse at times in a relationship:
1. father-child/ mother child
2. child- child
3. parent-child

She wanted me to make her a part of my life in all ways. She loved it best when I asked her to decide the menu for the day or the colour of my dress and also the name of my blog! And then i saw how she became receptive to my orders  as they were her decisions about her and my life. Yes many times, we both faltered, forgot the right way, postponed our plans but never broke each other’s trust.Every time she wanted me to do something for her, she could tell me so. Every time I wanted her to do something for me, I could get it done.Although she is just an 8 year old and they say it is easy to fool the younger ones. Not the adolescents. Its different in their case.Let me tell you a secret, they are smarter than us from the day they are born.

Being fortunate to share thoughts with my friends who are from fields wherein they see all kinds of adolescents. Some of the reasons for suicides in adolescents could be the attitude and grooming styles of parents in India. They tell me some things which are not very easily accepted in society and rather put under the carpet by parents and teachers are: 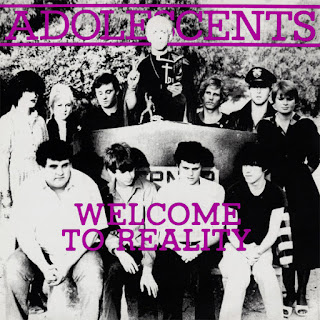 1. Sex is a very basic need just as hunger for food, thirst for water and desire for sleep.
2. It is better to address issues related to puberty, masturbation and orgasm openly in the drawing room and classrooms of adolescents.
3. Don’t shun them because they want to explore their body organs whether they are girls or boys.
4. Be natural and respect their identity more as they grow up.
5. Do teach them what is appropriate and what is not in their society but also tell them to be rational in their thoughts.
6. Don’t take the moral stand and mix up issues related to behaviour and academic performances everytime they come to you with failures or problems at school or amongst friends.
7. Believe in them. They will not lie if they know you won’t scold them after telling the truth. Yes, but make it clear that they will have to face the consequences of their actions. But it may be minimal if they don’t hide it from them. You can give them a choice to decide how they would avoid such mistakes in future.
It is easy for me to talk about all this, sitting here so far from the virtual reality of the tragedy. It will be a true lie to say that I empathise with the couple because I am also from that gang of parents who aren’t hit by the tragedy.  ” Mera/i beta/i to aisa kar hi nahi sakta!” ( My child won’t do so)- That’s what we keep believing without looking for the triggers. We are happy we have installed CCTV cameras to monitor over what happens at home when we are at our workplace. Some others are lucky to have support from their retired parents or in-laws who decide to stay with them and baby-sit the grandchildren.some mothers/parents who work from home or are physically available at home feel the chances of their children succumbing to such temptations are less as they are always monitoring the child’s movements. 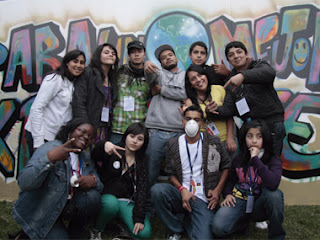 Adolescence is not so easy. Growing up physically, a lot of body hair, sudden growth of Adam’s Apple, Curves, Menstruation, Excitement between the legs, mood swings and no body to talk about it freely. On top of that this performance pressure and need for attention from the opposite sex.This whole stage of recognising your identity and getting accepted within your peer group is not so easy.Suicides in adolescents do get reported and critically analysed in urban cities but many such cases go unnoticed when they take place in rural areas of India.

Let’s us not blame only the stressed lifestyle of working couples, the temptations of social media and the urban cities for this suicide. Instead let’s strengthen our education system and society to handle adolescence and gender sensitisation more responsibly.

May God give all the strength to bear the agony of this mishap to the Mhaiskar Family.