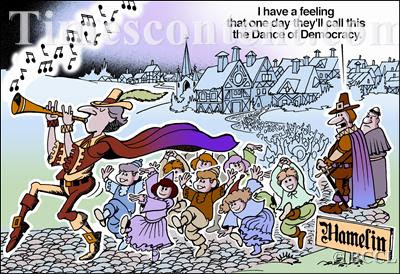 The voting for Loksabha Elections has started in full swing in India. While many of the voters coming out to decide the fate of candidates in their constituencies, it is difficult to keep the children away from this dance of democracy. I read in some of the newspapers about the children making up their own manifestoes and presenting them to the major regional/national parties predominantly working in their localities. The manifesto contained all the areas where they wanted their representatives to improve, such as health and hygiene, electricity and transport facilities and so on.
Many parents find this dance of democracy nothing more than a sophisticated blood bath. They feel it is of no good to let children listen to candidates promoting hatred, ridicule and sheer sycophancy on air. Also, there is no point letting children understand the nuances of political affairs. Even children find it very difficult to maintain interests in the process of democratic governance.

So how do parents draw the attention of children towards these elections?
Is it important at all?
Why talk about elections to kids? 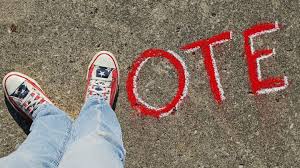 Our children are the future of this country. We want them to develop these positive values so they can help build a better country and world. Therefore, it is our responsibility to be their positive role models. We can be so only when we create the right kind of awareness amongst them about some basic concepts of social living such as being a nation, following the duties of a responsible citizen and helping the government in our nation’s development.
What to talk about? 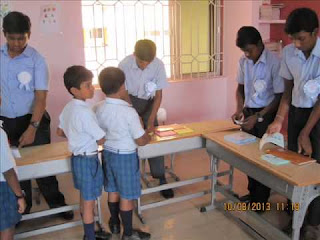 Children tend to do what they see, not what they are told. Hence it is better to explain them about elections by taking them to a campaign rally, a polling booth and or to see any party’s office nearby. As a young girl, my father used to take us to the party office of one of his friend’s party. There we would find some people engaged in finalizing voters lists of their locality. At other times, we found some of our friends going door-to-door to convince people to come out and vote in large numbers. Such people would condemn the work down by that party’s members or sometimes they would be very happy and greet us with sweets and good words. In both the cases it was a good learning about overcoming your fears and trying to convince people.
But the best would always be attending mass rallies of prominent national leaders such as Sharad Pawar, L K Advani, Rajiv Gandhi or Atal Behari Vajpayee. The fun part was shouting loud slogans such as “_______tum age badho, hum tumhare sath hai”, “jab tak suraj chand rahega,______ tera naam rahega” “India Shining” and so on. The whole atmosphere of the large grounds covered with people would be mesmerizing.
How to talk about elections with kids?

But, these days, the major repellants are the brawls which take place in the name of fair debates on various news channels. With the bullying, mudslinging and often abusive behavior that is going on, most of the political leaders are displaying what I consider to be the lowest common denominator of interpersonal relationships. The minute we switch to The Big Fights, my daughter switches off her mind. This is where we parents need to be much more vigilant. I strongly believe that we should watch the shows their children like to make sure they imbibe positive values and know exactly what children should not follow in their democratic lives. 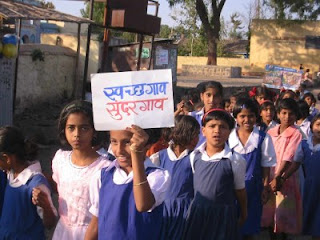 Parents should discuss the interactions between characters on television, even in cartoons, and point out behaviors they believe are negative. Some parents make sure to sit next to their child so they know exactly what he or she is hearing. Then they have family discussions and point out any mistakes in behavior or approaches that they feel are being made. It is crucial to explain your values to children.
This is a better way to start helping your children to find meanings in democracy. This may also be a way to help them shape their political identity. The best way to do this is to remove the stigma or the shame that is attached with being a political person. This can be done well by converting the process of elections into something very routine like a homework assignment. 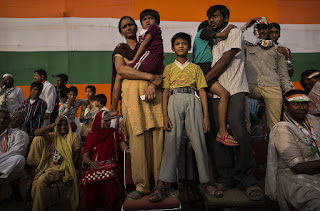 I plan to spend the big day of result counting as another calculation exercise for my daughter. We have a board painted with the symbols of various parties which she likes such as the elephant, the bicycle, and the broom and so on, on one side and the number of seats they will win on the other side. So she keeps a check from whatever happens in the news channel and keeps adding on the numbers to decide who the winner is finally.
So, come this summer let the dance of democracy and positive parenting go hand in hand.