The ghost that gave birth to the detective 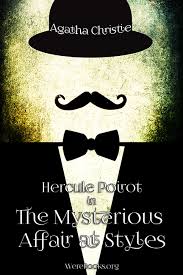 In the summers of 1911, two ladies arrived at The Savoy Hotel at Mussoorie (India) from Lucknow. The Savoy had many distinguished guests such as Kings/Queens, Emperors and Maharajahs; authors and politicians from all over the world. It was well-known in those days for its Edwardian furniture, grand pianos, billiard tables, fine cuisine, orchestra and last but not the least the ‘foxtrot’ done by couples in their ballroom. Miss Frances Garnett-Orme was a 49 years old lady who was engaged to a British officer of the United Provinces police.  Unfortunately, just before the marriage he died and she developed some psychic powers after his death. Miss Frances Garnett-Orme and her friend Miss Eva Mountstephen shared a common interest in spiritual things and supposedly specialized in crystal-gazing and séances. That is all that was known about the duo when they came to stay at The Savoy. Nobody had ever thought that there would be any connection between the ghost that gave birth to the detective and these petite women! 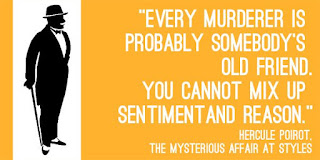 While Miss Garnett-Orme stayed at the hotel for a few days, Miss Mountstephen travelled back to Lucknow and Jhansi for a short while. One fine morning, the hotel staff found that Miss Garnett-Orme did not open the door to her room for some while. After a lot of effort when the locked door was opened, she was found lying dead in her bed. Due to the mysterious circumstances, the police registered a murder case and sent the body for post mortem. After the post-mortem it was established that the reason for Miss Garnett’s death was an intake of prussic-acid, a colourless cyanide-based poisonous liquid. A few months later, another death occurred: that of Miss Garnett’s doctor. And the cause for death was also something very similar: strychnine poisoning. Based on the local gossip the police arrested Miss Eva Mountstephen claiming she had tampered with Miss Garnett’s medicine (using her psychic powers). 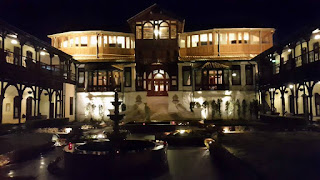 Although the murder could not be attributed to Miss Mountstephen in the Allahabad Court and she was proved innocent. The true circumstances under which Miss Garnett died could not be established. But this incident became a legend as in the coming years, guests and staff at The Savoy vouched of sights of a floating silhouette of a lady in the dark corridors at nights. Some even reported doors opening mysteriously, whispers of a lady haunting lonely guests in their rooms and flushes going off on their own. For many years, the mysterious murder and the unknown ghost of The Savoy Hotel were quite a sensation. This ghost caught the special attention of many guests and readers maybe because of Miss Garnett’s special powers of crystal gazing and séances. 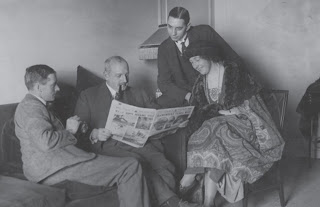 Rudyard Kipling, because of his Indian connection, also got interested to know further about this curious case. He had recently won the Nobel Prize and mentioned about this mysterious murder in a letter to Sir Arthur Conan Doyle. He urged him to write a story about “murder by suggestion” revolving around Miss Garnett and her friend’s psychic powers, her mysterious death and reappearance. But, Sir Arthur Conan Doyle being more scientific in temperament did not find it a case worthwhile for any further investigation. But he did not let this idea die. He shared this story with Agatha Christie. She had recently been challenged by her sister to write a detective story, one in which the readers can’t guess who is the real culprit. This was also the time when she was working in Torquay dispensary nursing the soldier patients from the First World War. She had also seen some Belgian refugees living in her village Torquay during that same war.

What Sir Arthur Conan Doyle lost Agatha en cashed on as she created Hercule Poirot, the man with the grey cells. When the whole world was trying to survive through the war, we find this immaculately dressed Belgian speaking in perfect English even with his Belgian compatriots just because he believes it is the only way to be accepted as the natives. So in this very first adventure of Agatha Christie, we find Captain Hastings taking rest during his sick leave at the Military Hospital where he meets his old friend John Cavendish and accepts an invitation to spend some days at their quiet manor house at Styles. 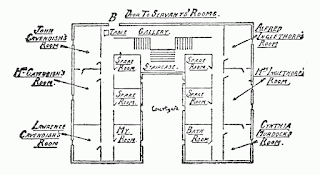 But once Captain Hastings meets the inmates of the house, he realises that the household though being in the countryside is not so quiet after all: John’s philanthropic stepmother Mrs Cavendish-Inglethorpe and her very young not foreigner husband Mr Alfred Inglethorpe, John’s brother working in the medical stream who is a little obsessed with poisons, John’s jealous wife who suspects her husband of having an affair with a local widow, a protegee of John’s mother and finally, her companion: Evelyn Howard who can’t stand her friend’s young husband. And as he fears, one night very surprisingly John’s mother dies in a mysterious way while the family struggles to open the doors to her room which are all locked from within! 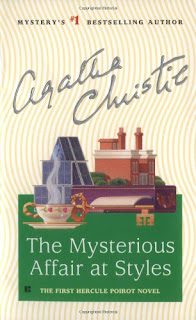 Captain Hastings surprisingly bumps into his old friend, the detective he admires most: Hercule Poirot (who is living as a refugee in a nearby village) and convinces John to let Poirot take over the investigation. Once Poirot starts to handle the investigation, he realises that all the family members seem to be hiding some or the other facts related to the murder. But he also realises that the most obvious culprit, the lady’s foreigner husband has stayed out of the house for the whole night when the tragic event occurred. So, ideally he cannot be blamed for the murder. But there seems to be some issues related to the will of Mrs Inglethorpe, which clearly implicate John, his brother and his wife to be the most probable culprits who would benefit by her death.
The police arrest John Cavendish with the same logic and Poirot seems to be convinced about the husband’s innocence but still something doesn’t seem right as the post mortem says that the reason for the murder is strychnine, a kind of colourless fluid which was found in the victim’s medicine. And then it strikes Poirot how the so called ghost of the unknown culprit has poisoned the medicine. He is able to prove with the help of some other facts how Mrs had found out about an affair between the aunt and her husband and how they she had in disguise of the husband bought the poison in the name of it being a regular medicine for the wife. 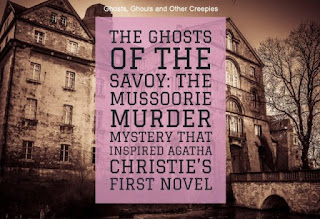 So here we find the analogy to the women duo at The Savoy and the Styles Manor House. Both the lead characters were supposed to be good companions who were staying together and shared their interest in philanthropy and the occult. Both of them were together when one of them died and possibly one of them was jealous of the other’s destiny/money! But, you come to know about it quite at the end. Till then it seems to be just the other way round! The way the plot enfolds and Poirot goes on ruling out each suspect and finally arrives at a conclusion is quite interesting and you can’t miss even a single sentence or scene till the end. But Agatha Christie didn’t use the so called ghost in this adventure but saved it for her later adventures. Even without the ghost, Poirot seems to be too convincing and in fact we fall in love with this Belgian detective who boasts of his grey cells from the very first adventure.

“Though this may be the first published book of Miss Agatha Christie, she betrays the cunning of an old hand.” 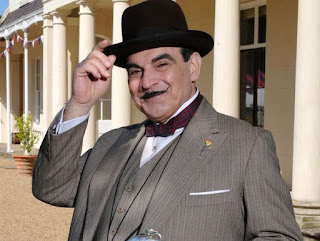 The New York Times Book Review
Many critics say that Agatha Christie left some loose ends and also blame her for some red-herring in her first attempt, but it is sure that she won the bet with her sister definitely. And she also succeeded brilliantly to create a new adversary for the other popular sleuth form the Baker Street. And for this she and Sir Arthur Conan Doyle had no one but the ghost to thank as it really was the popularity of the sensational Indian ghost that gave birth to the detective: Hercule Poirot.