by Vidula Abhyankar
in IAF
594

The persevering attempts made by 12 IAF officers (02 of them were repatriated earlier due to their severe injuries) caught as POW and locked inside Pakistani jails were again the show of strength and superiority of the pilot’s own judgement. Their undefeatable Indian spirit was clearly visible an year later, when they marched across the borders at Wagah on 01 December 1972. This is the saga of their escapade continued. Read first part @ 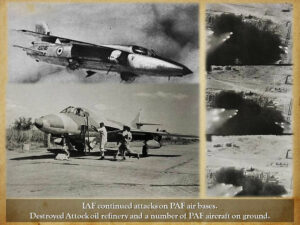 Once Flt Lt Dilip Parulekar got hold of the atlas given by Sqn Ldr Usman, the next job was to decide the route for escape and the D-day. The Pakistan jail authorities had allowed the POWs to meet in the open ground in the daytime during breakfast and other meals. They kept themselves busy with reading books, playing cards and the seven tiles. But the main activity was to discuss their Options. One thing was 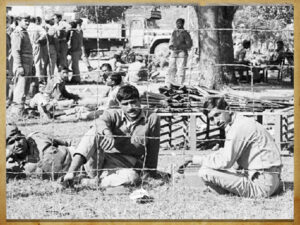 understood that the escape would take place at night. Now, they had to work out a way to walk out of the Jail past a railway –road crossing, and then hit the hills in the north. From there they would have to cross Jhelum to reach somewhere close by Uri and Poonch region. It would also involve a walk in the hills for 100kms or so. This was difficult but not impossible for them. So the agreed to do it.

“Our Minds are up-don’t confuse us with facts!” Flt Lt Harish Singhji

But this was not all. This area was heavily mined. There were plenty of reports of Mujahids hiding there and Pak army men were being blown up by mines, enroute by mistake. The real problem in this route for Flt Lt Harish was that he did not know how to swim! He did not say anything until he found in a parcel received from Red Cross a book with several sketch maps of Rawalpindi (where they were presently), Peshawar and the Khyber Pass. Then the other option presented itself: of catching a night bus to Peshawar which was about 90 miles away and then walk down the hills of Landikotal towards the border at Torkham. From here the Indian border would be just a mile’s distance away. This route having no Mujahids, no mines and no river to cross was found more suitable. The next important move to be planned was deciding the D-Day.

“I do not want to go back through repatriation. If the repatriation is tomorrow, I will attempt an escape today!” Flt Lt Dilip Parulekar

Flt Lt Dilip Parulekar was very clear in his mind. When he was in India, he had wished to be a POW, so that he too could attempt an escape and his escape stories would make him immortal. So he did not want to waste even a single day once the last brick would be scraped off. In Flt Lt Harish Singhji’s opinion, any Saturday would be a better choice as it would give more window for them to go unnoticed at least till they had reached Peshawar. Some delay due to the last brick not being the last one really and Gary’s fever led the plan to be delayed till the month of August.

The month of August brought the right opportunity in the form of Pakistan’s Independence Day: 14 August which happened to be on a Monday. 12 August, a Saturday marking the beginning of a long weekend would prove to be the D-day.

“All I had was tomorrow, and maybe that was the height of optimism. Well then, I would make tomorrow count for something.” former POW Captain Eugene McDaniel

According to the Geneva Conventions, it is the duty of every POW to make attempts of escape, as s/he might be needed by hi/her country for further use in times of hostilities. Also, it is well understood that the enemy will not take these attempts lightly and one would be welcomed with harsher punishments. Any escape attempt, howsoever planned is always distraught due to the well-being of the mind as well as the body. Every time all of these daring dozens looked up to the open sky, they dreamt of being free. To make that dream come true presently more important was to decide who all would escape physically and who would remain behind.

As every weekend there would be rumours of repatriation attempts by the Indian government, Sqn Ldr Jafa decided to use the rumours to decoy the Jail authorities into believing that the officers believed in them. He decided to remain behind along with a few of the daring dozens whose bodies were still not prepared to take the toll of such a gruel some journey. He knew his own back injuries would make him a liability for others. Similarly, Sqn Ldr Kamat and Fg Offr Chati had also encountered injuries which made them incapable of meeting the demands of the flight. It was fixed then, Flt Lt Dilip Parulkar, Flt Lt MS Grewal and Flt Lt Harish Singhji who had convinced him that he performed well in his J&SS Course, would do the daredevil together leaving behind Fg Offr Chati in Cell no 04.

“We often have choices to make, and the easy path isn’t always the right one” Ellis, a POW at Hanoi Hilton Camp

But physical ailments did not stop any of them from helping in the escape. Fg Offr Chati did the most important task of collection of Intelligence for the journey from Rawalpindi to Peshawar. On his way to the dentist, he had seen the exact spot from where the buses left at night for Peshawar. 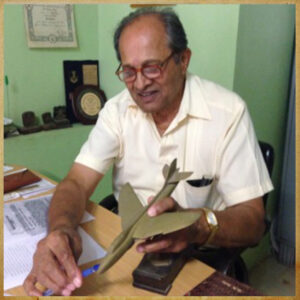 This would prove a very important Intel for the three later. Similarly, Sqn Ldr Kamat, fondly known as Kamy, had fractured both his legs in two places but there was nothing that stopped him from supporting the flight of these three enthusiastically. He stitched 02 neat haversacks from Fg Offr Chati’s parachute and also improvised a compass by using transistor batteries, a bit of wire, some polythene and a needle. Wg Cdr Coelho drew out a compass rose to go with this.

“Dissimulation is not fraud. It is an effort not to show things as they are. And it is a difficult effort: when we excel, others must not recognize our excellence. If someone were to become famous for his ability to disguise himself, as actors do, all would know that he is what he pretends to be. But concerning the true, excellent dissimulators, who have existed and exist still, we have no information.”― Umberto Eco

Once most of the details of the plan were worked out, now what was left was planning the disguise for the three. Keeping in mind their physical demeanour, their complexion and the languages they could speak 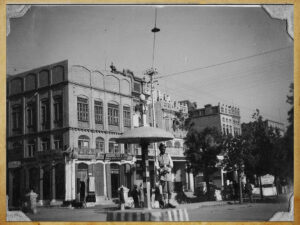 fluently, they chose identities for themselves. Gary did have to shave his hair off. He along with Flt Lt Parulkar chose identities as two PAF airmen from Lahore. They would be going around Peshawar with an Anglo Pakistani drummer, Mr. Harold Jacob whom they met during a performance at Lahore, who would be none other than Flt Lt Harish Singhji.

With everything else set, now they started the actual work of removing the filling between the bricks. This was not so easy as all they had for their tools were the forks; spoons and knives instead of hammer and chisel …..

More about it in my next blog