“It is inconceivable that large numbers of Indian Army personnel were crossing the IB, as if to “play football”, or “go to the cinema”.

Love for Motherland, Justice and Honesty: Some values which are supposed to be ingrained in every Person associated with the Indian Armed Forces, irrespective of the duties they do and the uniforms they don. Treachery, Desertion and Espionage are certain acts which are in contrast to the ideal values displayed by the Gentlemen and soldiers of the Armed Forces. Thus, one finds that the punishments and social stigma associated with these acts surpasses any other act of folly by the Uniformed Personnel. It is then easy to comprehend what happens when any Patriot: an absolutely normal Officer or soldier with a clean track record is suddenly charged with the offence of committing Espionage activities, crossing the border and visiting the enemy and getting paid for selling important information related to National security! There can always be one odd exception to the norms-it is still easy to comprehend as Man is always liable to be tempted by MICE: Money, Ideology, Coercion or Ego (refer Edward Jay Epstein –How America Lost Its Secrets: Edward Snowden, the Man and the Theft, 2017) But, a whole Brigade of officers and soldiers turning into spies can only mean two things, even to a novice; either the whole project is a made-up farce or No other Intelligence agency was working in India as none of them noticed/reported any such massive activity. As it is really difficult to believe that everything is really wrong with the senior experienced commanders of any fighting force; it is much obvious that the whole operation of finding, charging and branding nearly 50 officers and soldiers as SPIES is a big facade!

That is what it was: The SAMBA Spy Case.

Scene: Gunner Sarwan Dass and Aya Singh were caught by the IB officials in 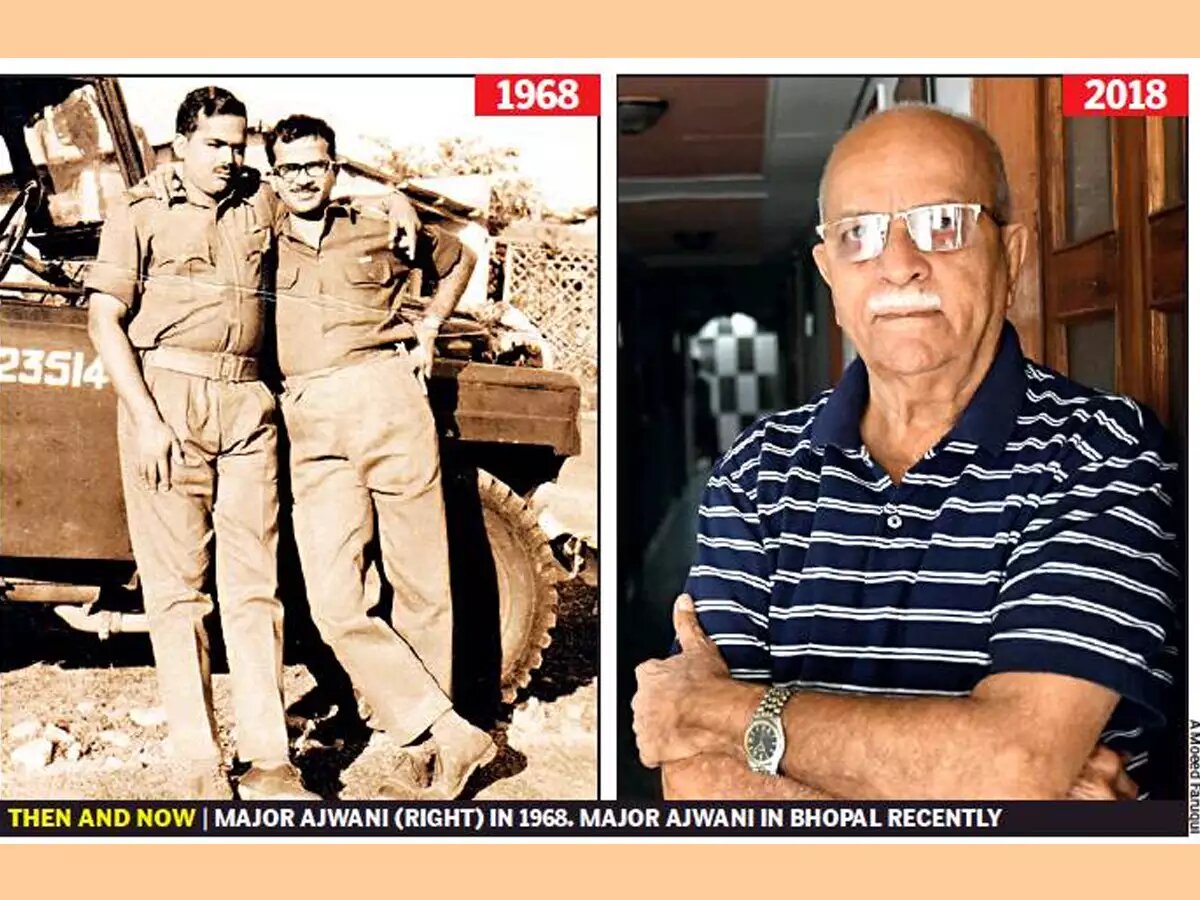 the border area of Samba in Jammu, 70 kms away from Pathankot, an important city housing both a major IAF flying station and Mamun Cantt of Indian Army. They confess of being Pakistani spies, who worked for Pakistan ‘s Army Intelligence. After interrogating these two soldiers, IB handed them over to the Indian Army authorities. These two self-confessed Pak spies are then kept in Indian Army’s Military Intelligence Directorate’s custody where they are thoroughly interrogated from July 1975 and March 1976 to 1978. During this interrogation, they disclose names of some other soldiers, civilian Para-military personnel and certain central Para-military forces personnel who collaborated with them. In September 1975, Aya Singh mentions the name of one Capt SR Nagial, who turns out to be his wife’s maternal uncle; whom he had taken across to Pakistan. As a result, Captain Nagial is also arrested and disciplinary actions are initiated against him. By 1976/77, another officer, Major Gehlawat is also arrested as an accomplice of these Pak spies. After a short while, Capt Rathaur and Capt Rana are named and arrested in August and October months of the year 1978. And then through the so-called revelations of these two officers a dozen or more officers. The number of officers, soldiers touched half a century by 1979.

Unfortunately this is not the first and last time when Military Intelligence of Indian Army had succeeded to catch two Gunners of Indian Army posted at a remotely located Infantry Brigade who were the Kingpins of a big SPYING ring and who had succeeded in tempting 50 odd officers and soldiers to switch their loyalties too! And all this without the help of any other Intelligence Agency in India. For many within the Army and outside, this must be news. Many of the Indians did not hear much about this whole operation as it was a much hush-hush operation. Even the wives of many of these officers and soldiers were not aware for nearly two-three months about the whereabouts of their husbands. It was only when one of the officers arrested and tried by the Indian Army, went on to challenge the actions of the Indian Army in the High Court that the whole case started to come under the spotlight. This was followed by many distinguished personalities such as IB officials and public prosecutors in J&K, High and Supreme Court handling the case and journalists started writing reports and making statements about the innocence of these officers. But, what finally confirmed the honesty of these Gentlemen was the self-confession of Gunner Sarwan Dass at the Press Club of India where he agreed to have implicated all these officers under the constant physical torture and threats received from the officers of Military Intelligence.

What makes this whole episode an Act of Folly?

technically, one can understand that it was a completely pre-planned, rehearsed and well-concocted story of the few over-ambitious Military Intelligence Officers. To name a few follies in their plan, which further confirm the malice are:

The Military Intelligence Directorate proved its nuisance value once again by misusing its resources to the best. In order to achieve vested interests of a few over-ambitious officers, not only the TRUTH but HONOUR and CAREERS of many others were put at stake. leave aside the bad publicity it brought to the Indian Army in general. But none of the top brass decided to act against them. These few Military intelligence officers were capable of convincing not only their superiors but even the Chief of Staff and the Ministry of Defense which went on to make a statement to this effect in Parliament. Once such a statement was made, it was difficult for any of them to own up such gross errors committed by all of them against their own brothers.

Anyone handling Intelligence for even a short while and at even a field or desk level knows that a Spy is not created in such a simple way as being taken over the border in a drunken state post dinner and being photographed shaking hands with the enemy (in this case the omnipresent Major Khan of the Pakistan Army). It takes months at least before initiating any trained personnel from the enemy’s combat forces and that too in times when War between the countries was on the cards. Also, if such a Spying ring is run by a very capable “SPY”; s/he would prefer to die before turning in the names of his associates to the enemy. Another fact to be realised is that such a capable SPY would not waste resources on making the whole Brigade his “source” instead of turning his attention to other units of the area. The very fact that most of the officers belonged to the same Infantry brigade makes the whole operation false, prima facie to any Intelligence operative. But what made this whole concocted story of the Military intelligence officers more plausible is the way the JAG branch of Indian Army too went on to believe the TRUE LIES of the two Gunners and the over- tortured Captains Rathaur and Rana. And not to forget, the treatment they vetted out to their very own Maj Ajwani. Some points to be considered especially in case of this officer’s arrest and involvement with this case are: his extreme love for merit over seniority, his upright attitude when it came to delivering justice to all in Uniform, irrespective of their ranks/jobs and his foolhardiness in undermining the nuisance value of Military Intelligence. (Read more about their legal battle in my next blog)

Not only was justice denied to all these innocent Patriots but also to their families who were tortured and forced to bear the stigma of being associated with SPIES. Many wives had to sell their personal belongings to survive and give a decent education and lifestyle to their children and old parents. Many are no more alive to see their names being cleared by the High Court; while many others still feel the pangs of dejection and question mark on their Loyalty and Integrity as the High Court decision given in their favour in 2000 was challenged in Supreme Court by the Government in 2014. What is surprising is both Captain Rathaur and Rana were Intelligence Officers in the 168 Infantry Brigade. The pain of being ill-treated and stabbed in the back by your own kind is really unbearable. History has repeated itself and it has proved that the Military Intelligence and the Army top brass has not learnt any lessons from the mishandling of the Samba Spy Case. Operations related to closure of the much coveted intelligence unit created after the 26/11 Mumbai Terror attack, namely TSD and the much-talked Court Martial of its Commanding Officer Col Hunny Bakshi, arrest and release of Col Purohit in relation with the Malegaon Blast case are just a few such instances where the Military Intelligence has turned against its own “blue-eyed”boys, as they say in the Military jargon.

So will the families of all those arrested and dishonoured in the SAMBA SPY case ever find any closure?

(Read more about their legal battle in my next blog)

IMPORTANCE OF PIQ FOR SSB ASPIRANTS

All about Progressive Group task at SSB