A handout picture released by the opposition political party Pakistan Tehrik-e-Insaf shows party's head Imran Khan with his bride Reham Khan, posing for a photo during a ceremony at his home in Islamabad, Pakistan, 08 January 2015. Imran Khan, a cricketer turned politician and a charismatic leader among Pakistan youth married Reham Khan, a former BBC weather reporter in Islamabad on 08 January. EPA/PTI HANDOUT HANDOUT EDITORIAL USE ONLY epa04550834

0
SHARES
39
VIEWS
Share on FacebookShare on Twitter
How difficult is it to manage children without the support of your partner?
Is it possible to rear a child without your spouse?
What happens when your partner’s contribution towards parenting is zilch?

Growing up in broken families or with Single Parents doesn’t always lead to positive parenting. There are famous examples of celebrities being abused as children and as a result behaving erratically as adults. As children they were deprived of parents who would love and protect them unconditionally. They were never taught to be loved or spread love. They also start feeling that anyone cannot care without any ulterior motives.

On the contrary, many times children with single parents or broken families turn out to be real survivors. They know how to remain focused, positive and independent throughout their lives. They do not succumb to pressure in trying times and instead provide meaning to the lives of others in their proximity.
But how does all this happen? It happens with a lot of patience and faith displayed by the single parent in their childhood. When you are on your own without spouse/partner raising a child in this world, there can be trying times. You feel like hating the child, blaming him/her for your bad times. There are times when you take out all your anger and frustration on the child. There are some other times when you feel cheated as having to lead a responsible life without any time left for fun or personal care.
Looking at it from the child’s eyes, it is not his/her fault that you got into an abusive relationship.
The child is not the culprit behind your suffering but only a mere spectator of it. Just as you find yourself to be the victim of your partner’s misdeeds, the child also finds him/herself to be a victim of your wrong decisions/deeds. But there is always a way to turn your loss into an advantage.
Being a single parent means one can give everything one can to your child. 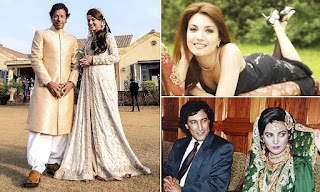 Life of Reham Khan and her three children is one such example of how being a single mother cannot be a handicap if you have hope left in you. Reham Khan, widely known to be the Ex-wife of present Pakistani Prime Minister and Cricketer of yester years: Mr. Imran Khan. Prior to marrying Imran, she had divorced her first husband after an extremely abusive stay of 12 years with him. One can read about how abusive her first husband was when it came to grooming his children. There are detailed descriptions in her book about miserable incidents full of domestic violence upon her and her eldest son, Sahir. 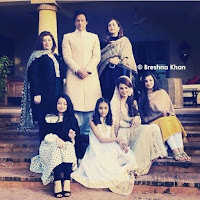 The husband wasted no time and energy on loving his family but cursing and hitting them for silly actions was his favorite pastime. Most of the times, his insecurities would be demonstrated through violent punches on his wife and son. He had made it very clear as to how the lady was the worst mother in the world and her son a total failure. In her second marriage again, the husband did not pay much attention towards the emotional or physical growth of Reham’s children. In fact, readers would feel that Imran was more worried about his sons’ (from first marriage) reactions that he did not even once display any love or affection for the lady or her children.
But even after going through all these troublesome times Reham Khan managed to keep her children close to her. Till date she and her children boast of being one unit. She did not let them get into drugs, alcohol or bad company. All of them completed their education with flying colours and are working in their own areas of interest.  Neither of them had any embarrassing moments while they lived close to the political leaders or celebrities. 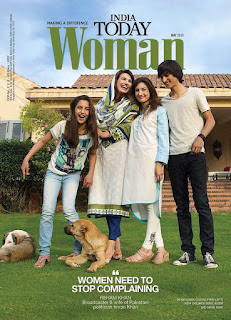 How could she manage all this with the kind of negative publicity she got on social media and otherwise living with the abusive men?  As she says in her book, she never kept them under any strict dictums. Instead she had put full faith in them and let them do the things that they wanted to do. The only thing that she welcomed them with was her smile and “Never Say No” attitude. She did not share her personal space with anyone else but them.
She worked hard to feed, clothe and keep them in UK and Pakistan. But she did not bow down to corruption or immoralities. She showed them how to live happily with whatever little you had. So for them too it was the emotional attachments that mattered the most than any other material luxuries. She understood the worth of good education and good parenting even though she was going through a lot of pain in her life.
She succeeded in making parenting look like fun even when her life was a total dark.
That’s what made her a successful Single Mother.