0
SHARES
46
VIEWS
Share on FacebookShare on Twitter
Newspapers are short capsules full of things happening in and around human life. In today’s world, we are able to access newspapers virtually as well as digitally. In most of government schools as well as public schools of India, students are able to access free copies of newspapers designed exclusively for them. These newspapers can be used to make the experience of learning a second language such as English more long lasting and effective. The use of newspapers in ESL classrooms can in fact turn out to be the best way to integrate local knowledge with the English language, without giving it an elite/ foreign language status. 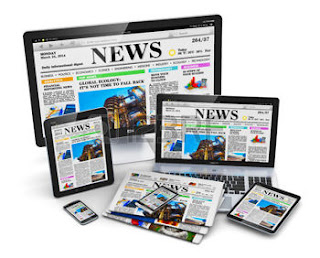 Needs of Young learners: Young learners have more physical energy in classrooms. They are more receptive towards the instructions given by the teacher. They are eager to follow the model that teacher produces. There is a never-ending flow of curiosity and zeal amongst them. They do not question the authority of the teacher in the classroom. They are not as restless and/or distracted as the adolescents. Hence the teacher can concentrate and succeed in forming right habits among the learners. What they need is maximum exposure to the right model using varied methods. Repetition of activities can lead to boredom so the teacher needs to develop their listening and speaking skills in the beginning and can slowly move on to the higher skills such as reading and writing.
ESL classrooms in India: ESL classrooms in India are mostly dull and mechanical, barring those in a few schools. The most popular method of instruction used by ESL teachers in India is the Grammar Translation Method. Learners lack exposure to the finer nuances of the English Language. Due to their over dependence on Mother Tongues, learners are not motivated and trained to think and respond in English. Focus is generally on learning rules governing utterances without being able to justify their relevance. 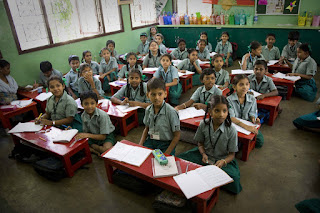 Teachers emphasize memorising poems and stories, but fail to assist learners to use the acquired vocabulary and structures in their daily life.  As a result, the knowledge attained in a language classroom in India hardly gets extended to real life. The lack of regular use of the audio-visual aids such as dictionary, photographs, posters, songs or movies in addition to the textbooks further restricts the development of vocabulary. The focus is mostly on memorizing and/or reproducing the content printed in the textbooks. Hence, the only motivation for students to acquire the language is good grades.

Why use Newspapers? Although many purists desist the use of newspapers as the most appropriate learning aid for young ESL learners due to the prominence of shortened words / expressions used in them, one can’t deny that newspapers are one of the most economical and easy to use learning aid for most of the ESL teachers. Most of the popular newspapers publish school edition created exclusively for school students in India. These Newspapers are full of content which is appropriate for their age and interests. The harsh realities of outside world do not make headlines in these newspapers. Learners are able to know about new things happening in the world-events, functions, inventions, competitions and so on. The newspapers use short and precise language and photographs which is easy to understand for young learners. In order to improve the transfer value of classroom interaction newspapers can come handy. Learners can relate with these expressions and reproduce them in their daily life experiences.
3 Activities using Newspapers: Easy activities using newspapers can be designed to develop all linguistic competencies in school students.  The teachers need to be creative and unpredictable while planning these activities. Every day the newspapers should be used to develop a new competency. In this way, the use of newspapers will not turn out to be mundane. Curiosity must be used as a motivating factor for the young learners to make their learning experience worthwhile. 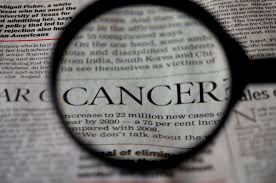 Activity 01: Word Hunts: Write five words with page numbers on the display board and ask the students to locate these words in the newspaper. Once everyone has located the words, ask each one of them to look up their meaning and usage in the dictionary. Tell some of them to come up to the board and write the meaning and usage of the words, one by one.
If this is easy for learners, make it a time-bound activity.
Variations: Write five words related to one news snippet/ one specific field of news, say, sports, trade, political news and so on.  Ask the learners to guess the field / area of news to which these words belong. This way the learners can be introduced to contextually related type of words.
With very young learners, such as that of primary classes, ask them to find words starting with a specific alphabet or sound pattern.
Circle some prominent easy words in the newspaper and ask the learners to tell you some more words rhyming with the circled ones.
Focus on the functions of the words in addition to their meaning and usage, for example ask learners to pick up any five naming words/ action words/ describing words and so on (adverbs/ nouns/ verbs/ adjectives).
Suitable Level: Beginners
Focus: Vocabulary
Activity 02: Breaking News: Choose some short news snippets on interesting topics related to the learners and ask them to read aloud in front of the whole class. Give special importance to the way they utter each word and say it in a connected sentence. Give a demonstration to the learners once at the beginning of the activity. Show them some news clippings from Television shows, if possible. Give them some standard introductory phrases and sentences such as: Good

_______, I am _______ and I will present the news for the day________. Do not correct them individually while they are delivering the news. Note down all the errors and give the corrections to the whole class. This way they will not be singled out and be motivated to correct their errors.

Suitable Level: Beginners
Focus: Pronunciation, Reading connected speech
Activity 03: Picture Perfect: This is a very interesting activity which can be used for developing many skills simultaneously, step by step. Pick some still Photographs from the newspapers and show them these photographs one by one. Ask them to write one word/ phrase which comes to their mind after looking at the snap.
Variation: Show them photographs where some human beings can be seen displaying definite emotions and/or in action can be seen. Ask the learners to describe the emotions they feel are visible in the photographs. Ask them to describe the actions/ events taking place in the photos. If you find the learners enjoying this activity go one step further and ask them to build imaginary slogans, headlines and or stories around these photographs. 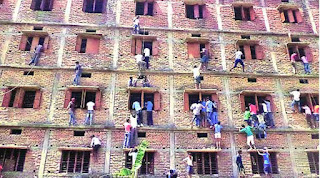 Conduct a debate where the learners take a stand related to the news based on the photograph. Let some of them speak against the issue or in favour of the issue. Teach them to agree/ disagree politely with the views expressed by others. Remember to choose a topic relevant to their age group and interests. Say for example: looking at this picture, they can debate whether cheating in exams can be dealt with capital punishment in schools.
In case of very young learners(primary classes), show them some 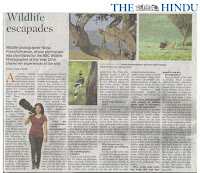 pictures of animals or objects and then you can introduce them to the sounds these animals make, the houses they live in and the places where the objects are found.

Try playing a guessing game in teams/ pairs where you show the picture to one of the learner and s/he tells three things about the bird/object and the others guess what this thing is.
Focus on drawing their attention to certain grammatical forms such as Use of past tense, Narration, use of adjectives to describe people, emotions and events.
Suitable Level: Beginners, Intermediate
Focus: Describing people and events; expressing agreement/ disagreement politely, Speaking and Writing Skills; Creative Writing
Activity 04: Reporting News:You can link this activity with all the activities given above in order to train the learners and /or at times to evaluate them as well. Show the students a photograph and ask them to prepare a news snippet using specific words (you have given them). Tell them that the news snippet needs to cover certain fundamental points such as: Headline, Byline and Source of news; date and place line and Sequence of events in the form of main body. Remind them about 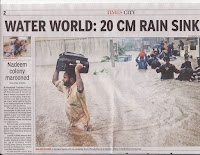 the principles that govern / distinguish a news snippet from a paragraph/ summary of events: Accuracy, Brevity and Clarity of Information.

Variation: Give the learners a Headline and ask them to create a news snippet around it, imagining all the other necessary facts. Ask them to read aloud the news that they have created in front of the class. Applaud them on their effort and give corrections, if any required.
Suitable Level:Advanced
Focus: Critical Thinking, Ability to put events in sequence, Writing (short sentence construction, Reported Speech, Correct use of verbs) and Speaking Skills 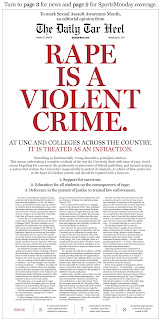 Activity 05: Different Strokes:  Cut out examples of different types of writings from a newspaper and distribute them amongst learners. Ask them what they think about the writing styles of each news. Discuss with them the differences/ similarities in these news items. Then introduce the learners to various kinds of writing one can find in newspapers:factual reports, advertisements, notices,obituaries, information about lost and found/ wanted items, cartoons/ caricatures, jobs vacancies, editorials and views on articles.
Assist them to try each kind of news one by one within a span of a week or so. At the end, ask them to create a newspaper for their school, with an example of each type of news.