by Sqn Ldr Vidula Abhyankar Retd
in Life and Travel
1 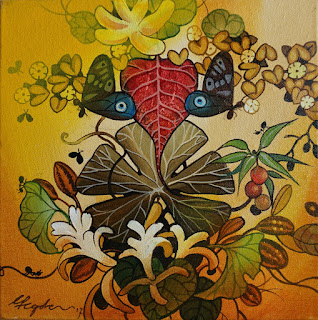 What makes the Indian Gods interesting is the different types of love equations they share with their beloved.Either we have Gods who are married to one like Shri Ram or some like Shri Krishna who had an army of wives and lovers. But one God who is more appealing than these two is our Elephant headed Lord Ganesha who is considered to be both Celibate and  married. There are no doubts about Rama being married to one lay and Shri Krishna being the Beloved of many. But in case of Lord Ganesha there are two or more legends associated with His marital status which are extremely contradictory to each other and still most appealing to all.
In some parts of the country, devotees believe that Lord Ganesha is a Celibate. Many believe it was not his decision but the women,who found an Elephant faced Boy to be an unnatural choice for Marriage. As a result nobody wanted to marry Him. According to Devdutt Patnaik, one can find a Banana plant often draped in white sari with red border standing next to Him in Lord Ganesha’s pandals. This was when Goddess Parvati found out that no woman wanted to marry her Elephant headed so,she married him off to a Banana plant.

Some others say He does not wish to marry any woman because for Lord Ganesha every other woman looks like his mother, Goddess Parvati. Also, many feel Lord Ganesha is like a hermit or an ascetic who is on an eternal pursuit of Knowledge and therefore He is not interested in any worldly pleasures including Love or Marriage. So in this version we find Lord Ganesha to have Riddhi and Siddhi as his sisters. In some parts of India,such as West Bengal and Assam, even Laxmi and Saraswati are also considered to be Lord Ganesha’s sisters.
On the other hand, in some other parts of the country, Lord Ganesha earned the privilege to marry before his brother Karthikey by displaying his presence of mind and superior intellect. In turn,Lord Brahma agreed to marry his two daughters, Riddhi and Siddhi with Lord Ganesha. Many also believe that Lord Ganesha had two sons: Shubh and Labh or Kshema and Labha out of this wedlock. Many feel that’s how He remains the Lord of Knowledge as He possesses all that Knowledge can give a man: peace,success,perfection,happiness and divinity.
Married or not, Hermit or the Husband and Father of two: Lord Ganesha still remains the Lord of Knowledge,Lord of Beginnings and the Ultimate Catalyst to Success. All this even when He has an elephant’s head, a broken tusk,pot-belly and a snake around his waist.
More about the broken tusk tomorrow,
Till then enjoy the mysteries and legends surrounding the Lord Ganesha.
Happy Reading!

What do you know about Lord Ganesha?