What is the ideal number of children for ensuring good Parenting? 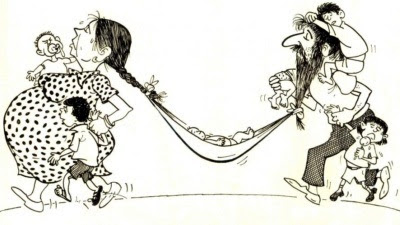 SCENE 1, MOVIE: NEEL BATTE SANNATA (Bollywood family drama)
“Why do you want to join civil services? Interviewer
“Because I don’t want to be a maid.” Appu, protagonist
SCENE 2 MOVIE: QUEEN OF KATWE (African real life drama)
“I want you to help me become junior world champion. This will help Uganda’s Chess Association and my family.” Phiona Mutesi, protagonist
Recently I saw these two movies and couldn’t get them out of my mind. Both depicted stories revolving around mother- daughter relationships. While Appu is the single girl child of a poor Housemaid, Phiona is one of five children of a corn seller of Katwe, Uganda. Both the mothers are widows and working really very hard to make the ends meet. Both do not take the easy way out and want their child/children to live a better life. A common feeling which made me compare the two movies was the unbelievable determination that the mothers showed towards their daughters in both the movies. In Appu’s case she was the only child and did not have much aspirations but still her mother’s dedication towards her future, makes her learn tricky trigonometry sums and look for a civil servant’s job. While in Phiona’s case, her mother’s hands are already full. She has to look after five children, ranging from a toddler to a gullible teenager. Still, she doesn’t lose track of any one of them even once. She lets Phiona and her brother pursue their dream to play chess at National championship.The point I am trying to drive home by making this comparison is- What is the ideal number of children for ensuring good Parenting?
In olden days, the maxim “the more the merrier” prevailed in India as well as in other civilizations. We can understand the logic behind as agriculture and running dynasties were the major means of livelihood. In Arabian countries, the Moslem sheikhs had many wives and children because that would help them to take care of their camels, cattle and grow their clan. Post-Independence, Indians had to wake up to the new mantra of ‘Hum Do Hamare Do’ (We two our two) to control the ever growing population. Political grapevine has Sanjay Gandhi and his nocturnal missions to blame for it. Jokes apart, the desire for a male child due to the importance attached to him in Hindu/Muslim mythology made many families to have more than two children. And who can forget the famous reply one of our eminent politicians had given when asked why he had 12 children. He had said and I quote “In those days, our party was sitting in Opposition in Parliament, so we decided to oppose all the policies of the Indira Gandhi government. They said only two children; we said not less than a dozen.”
In digital India, we see a rising tendency amongst the working couples to not have children at all or if at all, just restrict the number to Uno (One). In countries such as China, Japan, North Korea where family size was strictly monitored by the state, we find the younger generations hesitant to have children anymore. They find children as a hindrance to their freedom. Sometimes, they are incapable of commitments, taking responsibilities for others and also lack compassion.
So, how does a couple decide what is the ideal number of children for ensuring good Parenting?

In India, conceiving a baby has more connotations than being a natural step in a relationship. Many times, the extended family is more interested in birth of the baby than the couple. For the couple, especially the lady, it’s more of the result of the family’s interference.
Read my first blog in this series on positive parenting titled Not so perfect Father Figure on vidulaabhyankar.blogspot.com.
Also, once the first baby is born, it’s a tightrope walk as the stage is being set for the next one. If the first is a son, then a daughter is the most likely choice for the second one. And if it is a daughter, all that folklore related to a male heir’s importance is available for free in abundance.

If you look at both sides of the story, you will see equal advantages and disadvantages. People say single child is pampered brat, introvert and a loner and not exactly a giver. While those with siblings adjust easily, are ready to share and independent. In fact, I feel it the other way. In case of two children, it is usually the elder one who is the responsible care taker, while the younger ones/ middle ones are looked after more. Instead, a single child is more open to making friends, ready to take on responsibility and stand for the steps he/she takes. A single child adjusts better in a group interaction and is more secure and confident. But finally, I feel it depends on how the parents treat the single child/ the pairs.
In India, where sex determination is a crime, we can say its destiny which decides the gender. But once the first one is born, how does the couple decide the next step? Generally, the decisions are driven by the social upbringing of the couple, their personal aspirations, medical condition and/or social interests. In most of the cases, a pair is the preferred number of children. Some couples are lucky to have twins the very first time. So they have a family complete and few try again. Remember the famous Tennis star with twins- girls the first time and twins –boys the second time! Some others are not so lucky. There are cases of miscarriages, fatal organ failures or disabilities in the child. After such setbacks, the couples need time to start afresh as the mother’s body and mind becomes weak. Others accidentally conceive the second time and don’t know any other way out.
Sometimes, the work pressure, hectic routines, long distance relationships, flamboyant lifestyles dictate the family sizes. When both the partners are working, it is a really tough decision to take as generally, a baby means a never-ending series of sacrifices- the first thing that comes to every couple’s mind. A baby is equal to intrusion on time, space, money, emotions and interests. Sometimes, the baby’s arrival also marks the culmination of the so-called honeymoon period ends and with it ends the relationship itself. Before you finally decide what is the ideal number of children for ensuring good Parenting let me tell you another story:
Once upon a time, when we lived in a Godforsaken IAF establishment far from the civilization, there was one couple with a single girl child living in our vicinity. The child was next to perfection when it came to academics, sports and performing arts. They often laughed when people criticized them for having single girl child. In moments of doubt, they always supported our decision as a young couple to have no more after our first daughter. They would say jokingly ‘Have one, make her the best one’. Fate took their daughter away from them when she met with an accident while going to school at the age of 17. The parents were shattered; as their old neighbours, we didn’t know how to console them. After a gap of 2 years, when we met them, they were again the proud parents. This time they had adopted a six-month old baby girl again. They surprised me with their positive energy once again. They said, “See it was wise to have just one. We could share the loss, but what about the remaining one. Who would he / she have to share the loss with after us?” 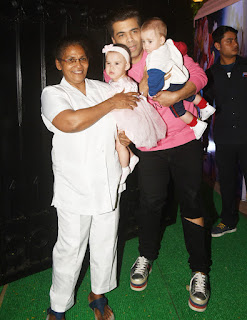 For some such couples, the baby is yet another step in sharing your compassion and strengthening your relationship. They bring joy, humour, contentment and tons of positivity. They find so much of happiness in the baby’s presence that they don’t want to go for another one at all or sometimes they won’t stop. Who can forget the famous Hollywood/ Bollywood stars opting for adoptions and even surrogacy to increase their families?

By now you must have decided what the ideal number of children for ensuring good Parenting is. In any case, it is better if it is a mutual decision.

Babies or no babies; one or many; actually doesn’t matter, what matters is do YOU really want them?
Happy Parenting!

10 Strategies to introduce healthy varieties of food to children

Looking at Internal Emergency in India in 1975 through Contemporary Literature