In my last blog, I discussed about how the civilian leadership needs to act 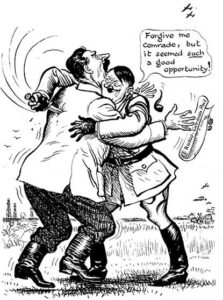 quickly and appropriately based on the intelligence provided by the field operatives and the military leadership in difficult times of Net centric Warfare. In today’s blog I would like to discuss about another situation related to civilian leadership which clearly kills the flow of objective intelligence and strongly believes “I am my own Intelligence Officer”

In 1939, all was friendly between the two great nations of the Union of Soviet Socialist Republics and the Nazi party’s Greater Germanic Reich of the German Nation. And suddenly in 1941 over three million men and 3350 tanks of the German army had invaded the Soviet Union and led to nearly 25 million Soviets dead and nearly 70,000 Soviet cities laid waste. 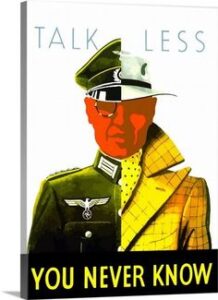 Soviet Union under the leadership of Stalin. There was little that could not be covered by the sharp eyes of the Soviet Spies anywhere in Europe in those days. Still, the whole Operation Barbarossa was considered to be one which left Moscow and especially Stalin shell-shocked and surprised. Historians and esp., military intelligence analysts term “Operation Barbarossa” as a product of complete failure of an able Intelligence system. How could this be possible?

According to the American diplomat Harrison Salisbury, “Unless there is a clear channel from lower to top levels, unless the leadership insists on honest and objective reporting, and is prepared to act on such reports, regardless of preconceptions, prejudices…. Then the best intelligence in the world would go waste.” 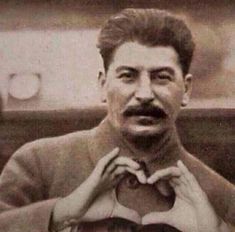 persistent denial of all the intelligence reports telling that his arch-enemy-turned –recent-friend was going to invade the country was the main reason for the complete failure of Russian forces in the Operation Barbarossa. How he did this would become clear from the following facts:

The seeds of the failure at Operation Barbarossa were sown slowly yet evidently through a series of actions that Stalin chose and let happen, such as

Sadly enough, all this data was collected, interpreted and analysed before being put up to Stalin. Stalin every time read these reports and came up with unique logic about how each and every piece of intelligence was created to destroy the friendship between the two giant dictatorships of the world. Even when his trusted spies from Britain, Japan and other parts of Europe conveyed intelligence leading to the same fact that Germany was preparing to smash the Soviet Union, Stalin chose to undermine the reports by writing “another English provocation” on the file before dismissing it completely. 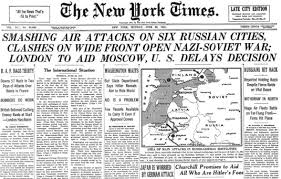 be false information or one more attempt of provocation by the Allied nations. Just before the beginning of Operation Barbarossa, Stalin went on to deny the reports of German attack on Soviet Union to such an extent that any German deserter trying to cross the border to warn the Russians were SHOT and declared to be “Provocateurs”! He just killed the whole line of supply of information/ intelligence to his very own commanders in the field and in the headquarters. Stalin’s suppression of the truth created a complete void of intelligence at all levels. Therefore, the Soviet field commanders did not know at all about the kind of threat the German Army. The German Army’s perfect Deception added to their woes on 21 June when Operation Barbarossa started.

Informing the Big Boss about the ground realities seems to be an easy task. It implies an objective, first-hand description of the happenings on the ground and its equally faithful dissemination to the top level. Many feel it is the end of a field operative’s job and the beginning of the decision-making process of the Big Boss. In reality, the process of Intelligence –gathering is not initiated through a bottom-up approach but most of the times the flow of intelligence occurs though the top-to-bottom approach too. The flow of intelligence is in fact more influenced by the personality, attitude and the temperament of the Big Boss. And, most of the time, truth of the matter lies in the answer to “what is it that the Boss wants to listen today?”.

Of Spies, Sex and Scientists