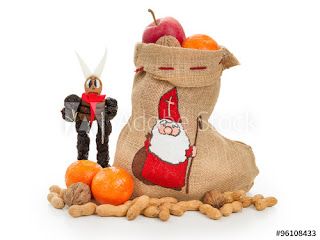 “As I drew in my hand, and was turning around,
Down the chimney St. Nicholas came with a bound.
He was dressed all in fur, from his head to his foot,
And his clothes were all tarnished with ashes and soot;
A bundle of toys he had flung on his back,….”
-lines from ‘A visit from St Nicholas’ written by Clement Clarke Moore 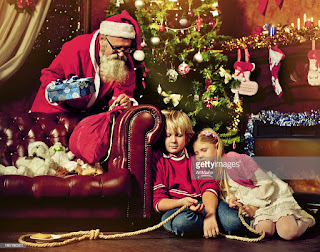 Come December and we all are anxiously looking forward to what gifts to buy to give our children as gifts from Santa Claus. Just as the children await their gifts, we parents too are excited in letting them believe that the old merry elf riding on his sleigh came from North Pole and travelling down the chimney, dropped their gifts in the stockings hanging outside their doors.
We want them to believe in the magical powers of the old man who we tell them rewards every well behaved child with his/her wishes. We tell them that this is an ancient tradition which is followed in true spirit by every good human being. Till the kids become adolescents, they listen to us and wait eagerly for the Santa Claus the night before Christmas. And sometimes, even if they know the truth they enjoy playing along and letting us reward them in the name of tradition. 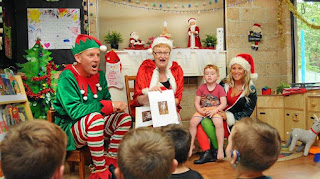 Some children when they grow up feel they have been cheated in their childhood as they believed in the magical powers of the Santa Claus. As a result, they do not let the children fantasize or dream about what Santa could bring them as Christmas gifts. Some others tell them the truth as and when the children demand answers to their queries on Santa’s reality. What I do with my daughter is let her tell me what she feels is the reality behind the Santa Story. This way she gets to have her opinion, prove its validity and check its reality too. And whatever we do after that is just a new family tradition that we have together agreed to start. 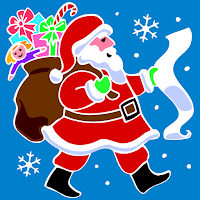 So, what do you think, is it worthwhile to tell the children a lie about the Santa? Is it alright to let them believe whatever they want to believe about Santa? Who is this Santa? Why so much of hullabaloo over just another fairy mythical creature?  Let’s see who he is: a fat merry-making elf who lives on the North Pole, who looks always so friendly to children and at times acts like a Cupid for many lovelorn characters in Hollywood movies. What is so special about this fat man that he attracts the attention of both the children and the parents?  Who would be the real Santa: somebody like the parents or the children? 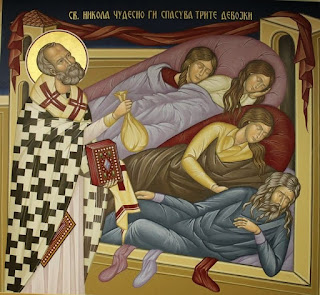 As parents it will be better if we try to tell them about the real life Santa Claus too. Tell them this story about the man named Saint Nicholas who was a great harbinger of joy for many poor people, esp the children. Modern day Santa Claus or Kris Kringle or real life Saint Nicholas, who was born during the third century in the village of Pataraused his whole inheritance to assist the needy, the sick, and the suffering. As a Bishop, he became known throughout the land for his generosity to those in need, his love for children, and his concern for sailors and ships. He did many kind and generous deeds in secret, expecting nothing in return. A miracle worker, he is known as the friend and protector of all in trouble or need.
Every religion has a lot of myths,fairy tales and folk lore around which its traditions revolve. These stories talk about good deeds and happy moments spent together by the families. Till the time they spread the message of brotherhood and togetherness, these traditions are good. Children will also find similarities between the traditions that their friends who follow other religion talk about. For example,all religions talk about the art of sharing their riches with the poor and needy. So, even if children may find the story of Santa Claus a myth for sometime, it will be easy to make them understand the universal sentiments harboured by every religion. 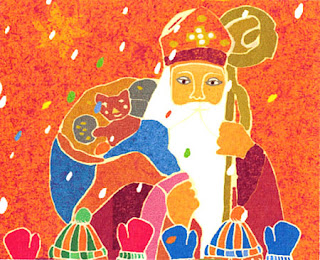 In addition to this, how do we make them believe that the whole magic of the story or tradition of believing in the Santa Claus is worthwhile? We can do this by making them realize how their parents, teachers, friends or anybody else who brings joys in their life is actually the real Santa Claus. Children need to understand that the joy of GIVING is at the heart of this tradition followed during Christmas. It also means that they too need to learn to be generous and kind. Not just one time of the year but everyday in their small deeds and thoughts they need to be generous. And, if they do make it a habit, THEY will be the real Santas.