Woman- Wife- Lady-Who Are You?

0
SHARES
139
VIEWS
Share on FacebookShare on Twitter
“If a dog bites a man, it’s no news. But if a man bites a dog, it’s front-page breaking news.”

Every organisation must have had incidents where cases of conflicts between wives of influential colleagues stirred the otherwise routine office work. For a few days, the infamous couples would have been the reason for agony, anger and sarcasm in public circles and then everything passes into oblivion. Such news never hits the mainstream media as who bothers over some in house fights of an organisation.

It’s not the same with the Armed Forces and the affairs of their Wives Welfare Associations. This recent news report about the squabbling of wives of army officers at an AWWA event must have made a juicy report for The Indian Express and other social media platforms. Many ladies might have been reminded of their experiences with senior and junior ladies during their stays at Army units. 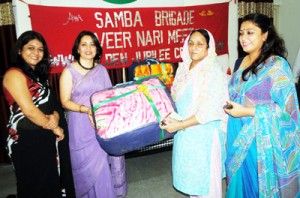 My journey with AFWWA started as an outsider. As Honorary Joint Secretary AFWWA, I was like a link between the First Lady (i.e. the President AFWWA who also happens to be the wife of the Commander or the senior most officer of the unit) and the administration. I was lucky I had other officers assisting me in carrying out major responsibilities and being an unmarried woman officer, I was pampered as a baby darling by the ladies. Mornings used to be spent shopping around the town for the charity thrift shops and planning welfare activities while evenings used to be spent at married ladies’ houses discussing all the gossip of the unit over delicious dinners. I wondered what a lovely life these ladies were leading: they were respected and looked after at all times, they were part of an organisation which looked after them while their husbands were in service and afterwards too. They used to meet during monthly regular meetings, showcase their talents, win prizes and gifts and interact amongst themselves over a cup of tea and refreshments. Their children were getting scholarships. They were getting other facilities at concessional rates.  During any mishap, AFWWA was at their doorstep with emotional and financial assistance. And most importantly, each of them had an identity as a Sangini- a member of AFWWA from day one when they got married to their husbands.

Life was perfect till I got married to a gentleman officer from IAF and was made aware that I was also a member of the AFWWA as well as Officers’ Wives Club. I was expected to not only attend all the activities and contribute actively but also ensure the availability of wives of my husband’s subordinates!  And then the glossy picture started fading. I could see ladies influencing the decision-making process, whims and fancies stretching over self-esteems of others and rationality giving way to eccentricities. Hundreds of articles would be less if one had to pen down the experiences of AFWWA events at even a single unit. They would surely make a juicy article for many. But discussing people would never help us find solutions to improve the situation. Whenever this came up as a topic of discussion with my male colleagues, I was surprised that they always had two extreme ways of handling it: those who ignored it completely saying AFWWA was a completely ladies thing and those others who dictated the behaviour of their wives. When I went back and saw the ladies, it made sense. Here we had some ladies who chose to remain silent and were too diplomatic when they had to give their opinions. Their husbands were doing well in service. The others whose husbands just didn’t care were the ones who either faltered and got branded as troublemakers or not-so-important ones; or became the mouthpiece of the senior ladies.

Being a firm believer, I felt there was an immediate need to include awareness of AFWWA and life after marriage in our training academies. In fact, the same should be one of the primary duties of an organisation like AFWWA which could impart life skill training to newly married couples to reduce the increasing attrition rates in Armed Forces. As a young officer, I was trained to respect and consider all wives as ladies. Be it a junior’s wife or the First Lady of the unit. But as George Orwell had said and I quote “All animals are equal but some are more equal”, life teaches you to look at things as they are. A senior lady demands more respect due to her age or experience than a young, newly wed lady. Fine, acceptable till then. But with her age comes a maturity which teaches her to assist the young lady to become part of the family and take her position in the family tomorrow. 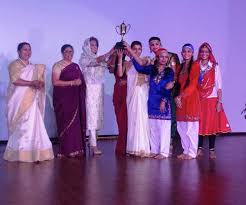 Education they say is the result of your genes as well as your environment. Similarly, a lady’s behaviour is the result of her own personality, upbringing and exposure in service. What the husband’s tell or decide not to tell the lady about the organisation, its ethos decides how she battles out the journey of her existence in the social circles. As a lady when she lands up in the shoes of a leader as the first lady of her unit, her identity and actions become prominent. This is where all that unconscious learning, individual aspirations and husband’s advice comes into play.

Many of us are blamed to take our husband’s jobs too seriously and think that we wear the rank too. Many are branded to be the curious, over-active ones and at times the least interested ones by our senior ladies while we struggle with our roles as a wife, mother or a daughter-in-law. And then we wonder why the senior ladies forget their old days when they too had to juggle roles. We get scolded for being late, for not dressing appropriately or for not contributing to the welfare of unit’s families. The way we handle such situations decides and speaks a lot about how we see the organisation.
These days, everyone is more verbal and we all know our rights.  So we say stand up and give back. Nobody needs to tolerate such non sense. I agree completely. Also when we know the ladies don’t come under the Army Act.  But is confrontation always the best option to manage conflicts? Especially in organisations like the Armed forces, where we all know the golden rule: A senior is always right. And when in such cases the consequences are going to be: immediate posting out of the concerned officer and administrative action against the concerned officer for breaking the protocol for Redressal of grievances. 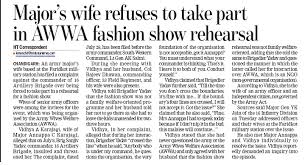 The newspapers and media persons would be adding to the brouhaha by using words such as physical assault, molestation and so on to condemn the act of the senior lady. Some of us would enjoy tragic pleasure remembering the times when she was rude to them in past similar experiences as some others would condemn the act. In my opinion, it is the time to get the true lady to the limelight and refuse the media to doubt the organisation. Yes I don’t support the wrong. But once done, it can’t be undone.

Ladies, let’s understand that there is a difference between being a lady and a woman. The term was used to address a woman with a royal blood in olden days. In today’s times, the word would refer to an equally well groomed, mature woman. Being a gentleman’s wife, the term would be automatically extended to us. 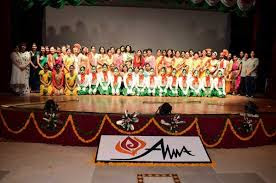 In these demanding times when our husbands are already busy doing their bit for the nation; let us support the cause by proving all these reports wrong. Let us recall the most important fact that we are all a family. We celebrate, enjoy, cry, complain but keep all our family secrets within the family. Let’s not wash our dirty linen publicly and let the media and bureaucracy make fun of us. Let’s be generous and apologise for our mistakes. Also, let’s keep the family in mind before we rebel. The AWWA/ AFWWA are our organisations and our predecessors have done a lot to bring it where it stands today. With our education, experience and enthusiasm we can make it more meaningful. Let’s learn to command before we demand respect. Also, let’s learn to follow before we lead the movement. When we can survive through births and deaths with more élan, why do we show such lack of manners and etiquettes in public spaces?

Let’s awaken the force within and fight it out together as two sensible women and ladies, of course.

All about Progressive Group task at SSB