by Vidula Abhyankar
in Women in Armed Forces
1

“Military ethics is about honour and shame, decency and discretion, wisdom and virtue, reasoned choice and obligation……compared to any other field, (military ethics) has a special responsibility for it is always confronted with inspiring the life of virtue against a background of preparing resolutely for combat and death.”
James H. Toner in Readings in Military Ethics, Military Review, Jan-Feb 1996

Before the Supreme Court called the Union government’s stand on Induction of women officers in combat arms of Indian Army, discriminatory, disturbing and sex stereotyped in 21st century and spoke about “woman” not being an adage within a male-dominated institution whose was to be “tolerated” within some narrow confines, General Bipin Rawat, the present Chief of Defence Staff, had also been very vocal about the denial. His conviction was visible when he asked the reporters during an interview with News 18 about what happens to the children when their “combatant mother” is posted to remote interior areas of the country?

He went on to ask the nation, whether we were ready to see the same mother killed in action and brought back in body bags? To add on, he made the reporters imagine a situation at battlefield where say, 10 women officers were surrounded by 100 soldiers; and one of them complained of a soldier peeping while she was changing clothes! How would the media, the nation and the family of that woman officer come out of such a trauma?

Against the visible charade presented by the General, on 17 February 2020, the Supreme Court concluded that women officers could get command positions at par with male officers. The court also said that permanent commission should be available to all women, regardless of years of service. Supreme Court directed the Central government to implement its decision within 03 months. Will the Central government direct the Indian Army to do so or again plead the case in their favour is not yet known but one needs to understand the rationale behind the so-called “sex stereotype” opinion of the Indian Army.

US Army recently started assigning their women soldiers, not just their officers to combat units in Iraq and Afghanistan. But their own opinion surveys conducted prior to 2001, consistently reported that 85 to 90% of the enlisted women opposed “being assigned to combat units on the same basis as men”. Many amongst them still feel “Military readiness should not be sacrificed on the altar of political correctness.” while some others oppose it because they feel “If women can’t do it, they will say it’s not fair and standards will have to be lowered.” (Rep Duncan Hunter, a former marine).

Government Counsel on behalf of the Indian Army based his argument on two facets:
the need to protect national security and operational effectiveness
non-linear battlefield scenarios in future wars
The Army has to cater for spouse postings, long absence on account of maternity leave, child care leave”, because of which the “legitimate dues of male officers gets compromised.

Induction of women on permanent basis would mean the Indian Army would have to cater for spouse postings, long absence on account of maternity and child care leave because of which the legitimate dues of male officers would get compromised. He held that it was a great challenge for women officers to meet major hazards and challenges as they had domestic obligations more so when both husband and wife were service officers. It was explained under four specific heads how the induction of women officers would “upset” the organizational structure of the Indian Army, namely
exigencies
physical capabilities
composition of rank and file
infrastructure 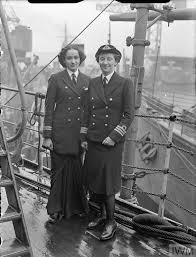 Before one begins to rebut the Army’s defense, one must try and understand certain aspects related to evolution of Indian Army and the code of military honour it is still trying to preach and practice. Indian Army inherited its ethics from the British. In those days, only the British or Indian royal family members could seek the King’s commission while common Indians were seen in the soldiers’ role. In order to avoid mutiny and encourage bonhomie in a completely diverse land, they let four dictates rule the platoons:
Officers are gentlemen (that is born as royal family members) (Naam)
Personal loyalties are owed to the Company Commanders (Namak)
Officers fight for traditional glory(Nishan)
Officers are members of one big brotherhood (Zuban)
Indian Army thrives and grows on preserving and following their tradition on every occasion. Faith is a very important trait as is integrity. Every rule, order or policy is seen in the light of preparation for the D-day, i.e. war/death. Therefore, the stress is on clarity and regularity. Two most important tenets on which victory depends are virtues and valour. Victory in battlefield is unthinkable without these two. In order to motivate the soldiers to kill the enemy and win the war for the country, commanders use many techniques, out of which one is use of abusive language. The military jargon is full of choicest Cuss words and slangs which speak of both camaraderie and cruelty. In times of close combat, warriors are inclined to use abusive language to dissuade their enemy. At the same time, enemy’s abuses are seen as driving forces to extract the best performance from our soldiers.
Secondly, a man’s regiment is like an extended family with the Commander/officers being the head of the family. What binds a regiment is the caste based similarities amongst them. For example: the Jat regiment, Gorkha Li, he Rajputana Rifles, Sikh Li and so on. In short, family is a very important unit of the life inside a military base as they find their country cousins everywhere, they believe in them and can fight alongside in case of war. The roles of the male and the female too are very clearly demarcated. Everyone knows the men work while the wives look after the welfare: food, housekeeping and rearing children. None of the members cross over into each other’s professional territories.
How does the induction of women disturb this code of conduct? Indian men 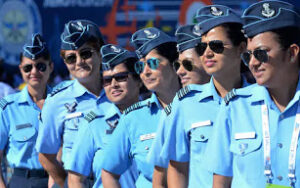 especially from the rural conventional backgrounds are not used to seeing women in any other role but that of a nurturer, one who gives birth to their off springs. Training for operational preparedness leads to them living away from their families for a long time. They use photographs and videos of their wives or other women to either masturbate or relax their anxieties. As a result when they encounter one clad in the Olive greens like them they do not see an “officer” but an eye-candy. More often than not, they doubt her physical and mental abilities, her decision-making and most importantly, her style of working. Many would want to please her with their wives’ culinary skills; many others would be unable to give her the respect that her rank demands.
That is why, a woman officer who would not abuse as freely as her male counterpart, want to pack up work early and go home to her toddler would appear to be incapable of being the “head” of the extended family.
Indian Army is a reflection of the Indian society.