The Directors of the Indian Panorama films Bidyut Kotoky, Sudesh Balan, Billu Paul, Haobampaban Kumar at a press conference, at the 47th International Film Festival of India (IFFI-2016), in Panaji, Goa on November 26, 2016. 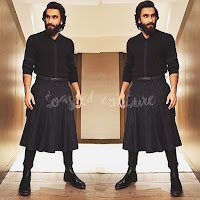 Are we Objective Connoisseurs of Art?
As a student of English Literature, Literary Criticism was a compulsory subject for my Post graduation. But the reason we attended classes and did away with Notes from famous Ramji Lal and guides was the bachelor Professor Dr Aniket Zavre. He didn’t need a skirt like our Bollywood brat Ranveer Singh to announce his arrival. His standard checked shirt and same old Jeans,his beard and ruffled hair were enough. But the most prominent trademark was his accent and attitude about everything in life.
He encouraged us to master the subject through small assignments on reviews of theatre productions, documentaries and other language cinema running in the town.He introduced us to various approaches to the subject such as: being objective in criticism, knowing the author, his life, roots, deconstruction and relevance in contemporary environment and so on.
Recently, I read a review of a documentary and the comment of the maker on it that reminded me  the very first thing he had taught. I keep quoting it often in my training sessions : “You say nothing when you say it was a good attempt. Try telling us something we don’t know about the work and the man behind the work.” 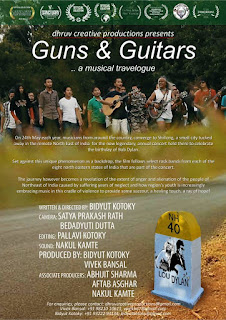 On 11 July,2017, a review of the musical travelogue titled Guns and Guitars by Bidyut Kotoky featured in  Indian Express edition. The article titled The Ballads and Blues talks about the maker’s journey of making this work related to how the music hasn’t given away to violence yet through some bands of the Northeast, the most important person behind it being Lou Majaw, his obsession with the modern bard: Bob Dylan. I was excited to read the article as the maker happens to be an old friend.
At the cost of sounding rude/offensive/ subjective, I feel the review actually fails to strike a chord as far as it comes to enticing a mainland audience to see this documentary. Music Bands, be it anything from the one that plays in our favourite restaurants or the Grammys, there is always something more than music that attracts the youth to it.Everyone has had a friend from the Northeast who sang”Hotel California” so well. You want to know more about the singers as real people. You manage to get the facts and never forget them.
Surprisingly enough, the otherwise full of  information review starts with Majaw’s  journey back home but doesn’t even get his roots right!Forgive the ignorant Main lander for whom all the North easterners and the South Indians are the same.I haven’t seen the documentary but the way this review talks about the local bands, it seems they are only talking about the violence and ballads of how they want to separate from the mainland.Even if that is the case which I fear is the case, the writer doesn’t seem to ask questions to the maker about the reasons for it being so? 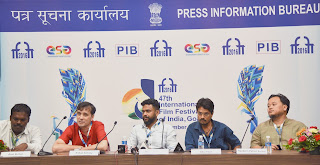 Or may be my personal experience with the maker stops me from being objective? All that the readers come to know about Bidyut Kotoky from this review is  that he has a thick Assamese accent and that he seems too focused only with himself and the act of making the film and his take on that. Seriously, he deserves a little more, actually much more than this. Surprisingly enough, his other work which has recently received an award at the Hollywood Cine Fest, doesn’t find a mention here!
His fascination for the paradox of the Northeast needs to be co-related to his enigmatic persona and the medium he chose to showcase it.  A person who has met him, spoken to him and learnt about his work can not just MISS it. Bidyut Kotoky that I know from the past was a young teenager searching his own personality who came to the mainland to save himself from becoming an extremist. But he hasn’t forgotten his roots in his stay in the mainland. He has dared to come back and put at stake his whole life to showcase the roots that he comes from. And the boy has become a man who strongly believes in peace and hope and wants to see his homeland get a fair share in the main lander’s claim of Achhe Din and Development. He was and still seems to be  apolitical, if he isn’t blaming and giving his views about what and how something has gone wrong. Although he does touch controversial topics such as AFSPA, in the documentary. His winning awards at International platform is in itself an appreciation of the fact that his choice of the medium was appropriate as well as innovative for dealing with the subject.
I really wonder about how objective we are in critically reviewing our works.I believe more than the art work and the maker it is the critic’s personal and organisational interests and leanings that govern the reviews. Otherwise, can there be any other justification for the positive reviews that the  latest courageous act of Khan Bhais got for their performances for the movie Tube light. While, even after getting awards of International acclaim, Bidyut has to consider how to release his work in India.
But as they say in show business, publicity- good or bad is welcome.
For a start, GOOD attempt would have sufficed.
P.S.:I wish Prof Zavre doesn’t read this.